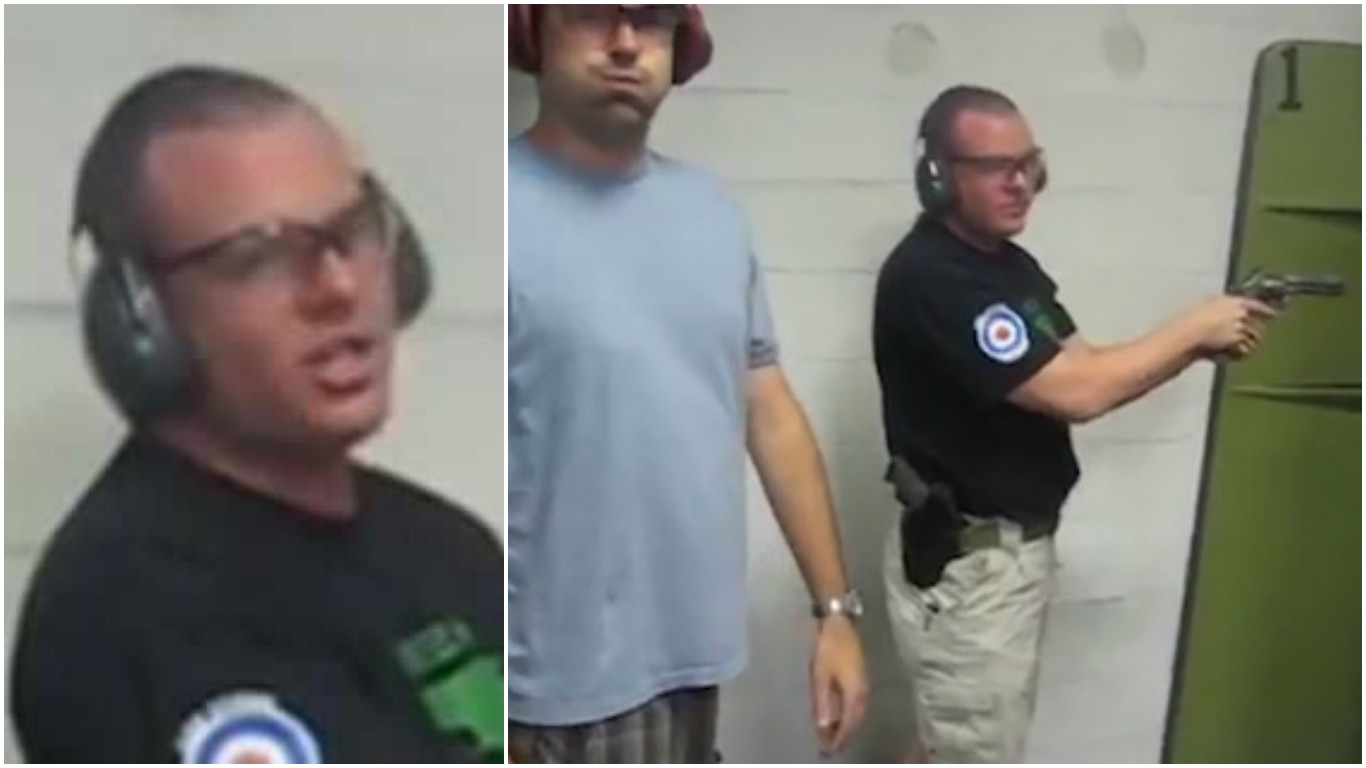 A gun instructor almost blew his face off when a .44 Magnum discharged right next to his head. In the video you can see him trying to teach a few young blokes about the importance of gun safety. You’d hope he knows what he’s doing considering he is holding a huge f*ck off .44 Magnum. That’s the kind of gun Clint Eastwood used to blow punks heads clean off while asking if they felt lucky. As the instructor is showing the lads where to place your hands on the gun for maximum safety, the gun goes off as it’s pointed upwards – about 3 inches away from his face. The kickback of the gun almost knocks his teeth out and there’s probably a huge hole in the roof of the shooting gallery. I’d say that’s not how you fire a gun safely mate.

The funny thing is when he is asked if it was deliberate or not. As soon as the gun discharged he was asked if meant to do it or not. As quick as a flash he replies “Yeah”, and proceeds to continue the demonstration, cool as a cucumber. However his face turns bright red and he is at a loss for words. Mate – you’ve been completely busted. All the other blokes start laughing at this guy for being a twat. The video was posted by Bill Hamp on YouTube, who we assume lived through the shooting class as he was able to post a video to the internet.

It was posted about six years ago, but is re-trending on Reddit after being posted under the caption “when your gun instructor shouldn’t be a gun instructor”.

“I don’t even put my finger on the trigger of the Windex bottle until I’m ready to spray,” Redditor KneesTooPointy said.