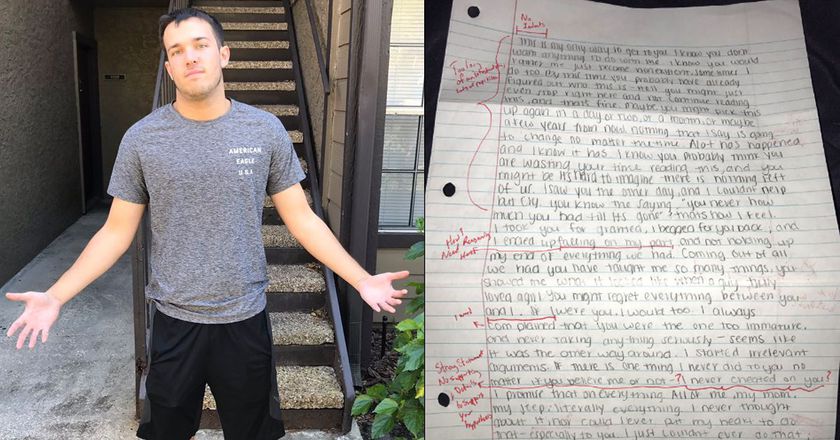 Being cheated on ranks up there with the biggest hurts a dude (or dudette) can experience. The betrayal, the shock and the anger all combine to build a nasty little gut punch that can leave you in quite the forlorn state. So when Nick Lutz got a handwritten letter from his cheating ex-girlfriend he graded it, loaded it with sick burns and sent it back.

The letter seems to have arrived shortly after Nick and his cheating ex had gone their separate ways and it’s full of the usual set of bullshit claims these kinds of letters are renowned for: I didn’t do it, I don’t love anyone except you and I need you. All that sh**. 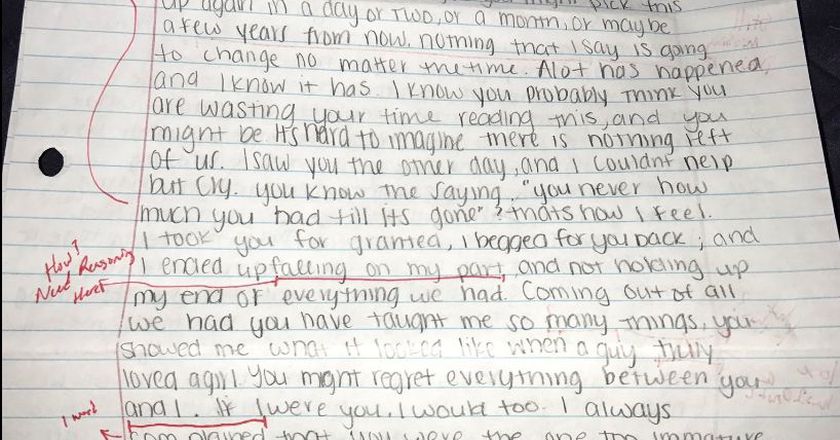 He didn’t pick up ‘alot’ though.  Or the missing words. Credit: Nicklutz12/Twitter

Nick, like a bloody English teacher busted out the big red pen and set to work drafting, editing and critiquing. To me, that’s a bloody legendary move. It’d be all too easy to throw that kind of letter away – or worse, fall for its insidious pleas.

It didn’t faze Mr Lutz though. First of all, he started on the letter’s format. After that, he whittled his way down to some of the content where his critical analysis could ask some poignant questions of his ex. 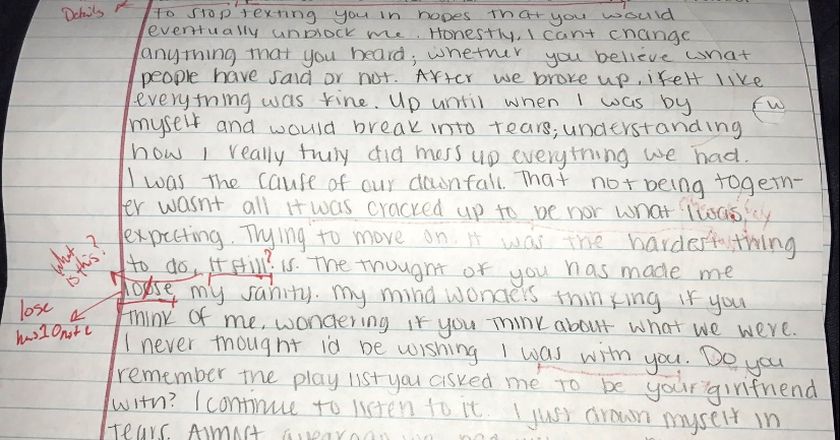 Perhaps best of all, he even saves a little ink for personal responses to some of the statements in the letter. My personal favourite is the one where he underlines the statement, “I just hope to God you have thought about me like I have you,” and responds with three simple words, ‘I have not.’  Ouch. 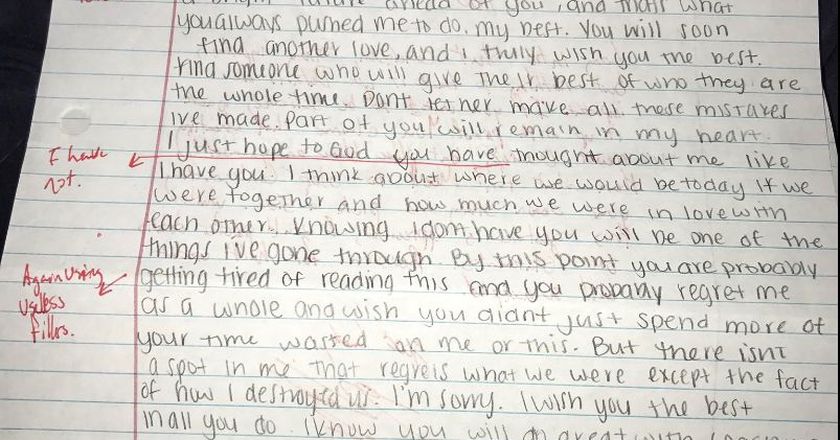 It’s really quite the rambling mess isn’t it? Credit: Nicklutz12/Twitter

Once he was done with the letter, Nick graded the paper a measly 61%, uploaded it to Twitter and sent it back. 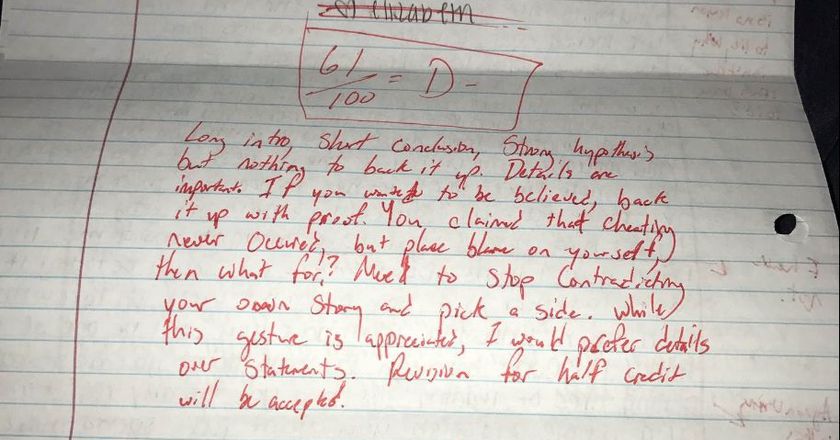 The final grade. Seems a little generous to me. Credit: Nicklutz12/Twitter

Once it was uploaded, the letter went viral quickly. Whether people had been hurt in the past and wanted a little vicarious satisfaction or whether they just loved Nick’s responses, things went well for Nick.  The cheating ex didn’t want to resubmit and he even got asked out by another girl because of it. 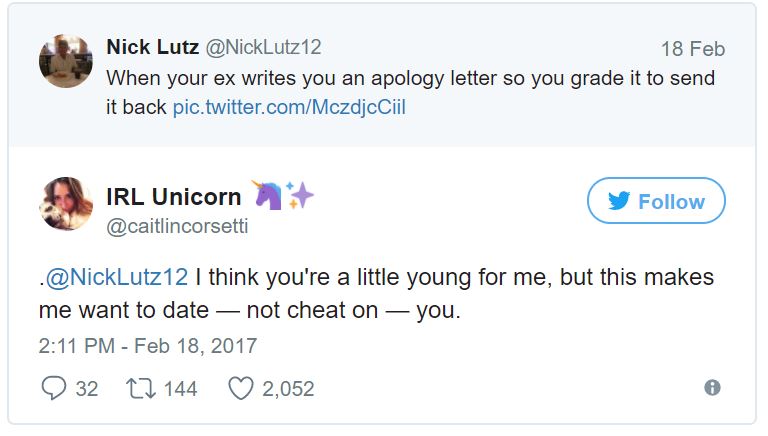 The internet is a strange, strange place.