“Thought it was hairy caterpillars at first. Haven’t used my car for a week”

Look, we’re not gonna give you the spiel about spiders and Australia in detail right now because we feel like we’ve done it only recently, but it’s fair to say we’ve got some pretty f**ken big spiders here down under. Of course, that doesn’t mean they’re dangerous, it just means they’re big – and if you’re not expecting them, they might give you a bit of a scare. Just ask Christine Jones from NSW. After discovering this big bloody spider, we reckon her undies might have had a new skidmark!

Just the other day, Christine hopped onto the Australian Spider Identification page on Facebook and shared pictures that’d give plenty of people a bloody heart attack! She captioned the post with a little tidbit that tells you how well this big bewdiful bugger was hidden. 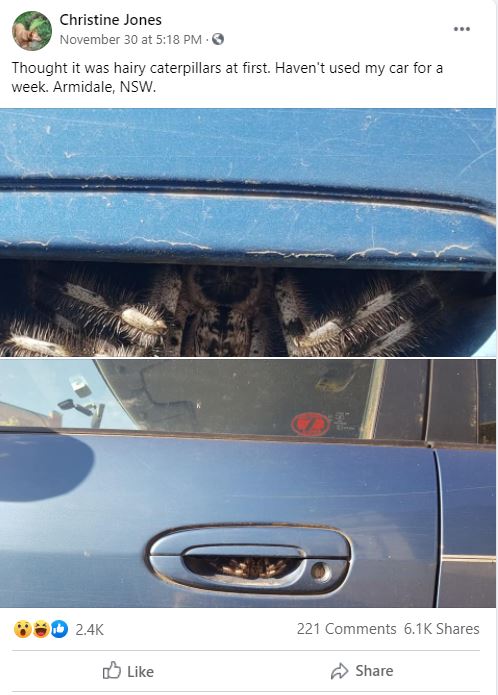 “Thought it was hairy caterpillars at first. Haven’t used my car for a week.” 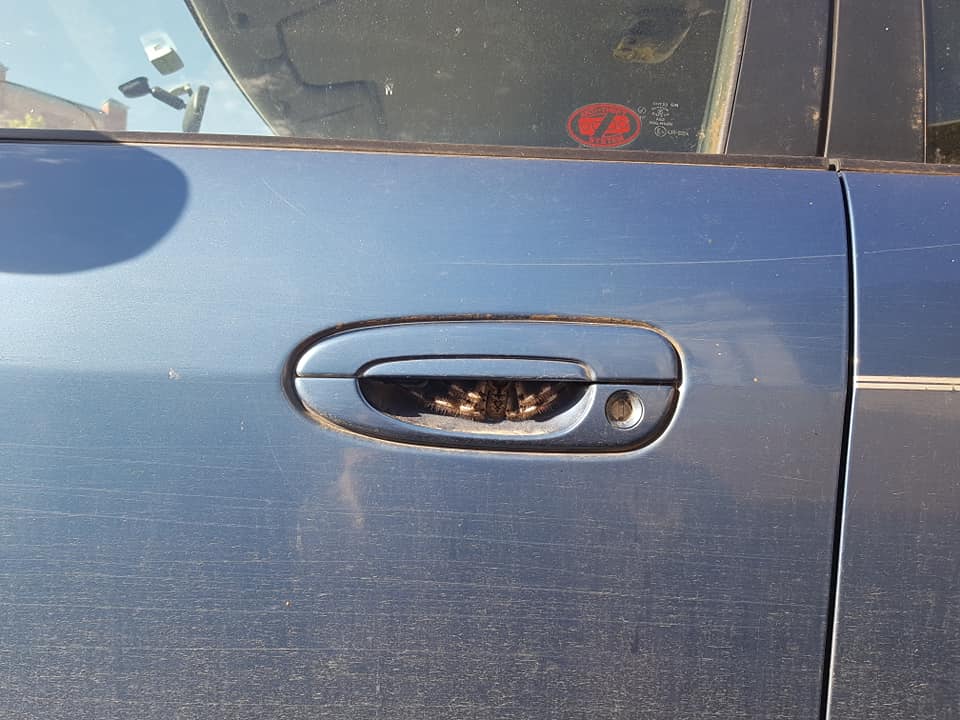 Anyway, f**ken picture yourself in this situation. You’re just meandering out to the car so you can go to work when you see the prick there under the door handle. Deadset, we’d probably drop a bollock.

Don’t get us wrong, we reckon spiders are f**ken great, but if you stuck your fingers up under there and copped a little kiss from old mate, it’d scare the s**t out of you! 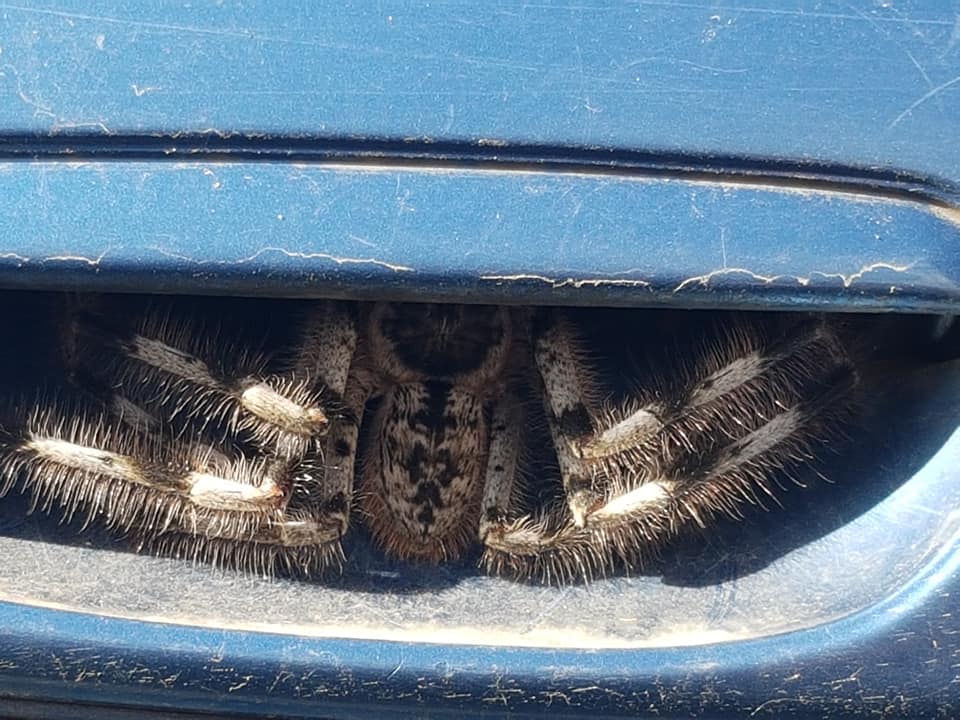 Anyway, it turns out that this one’s a harmless species of banded huntsman – and it’s a pretty glorious specimen. We don’t know whether it was trying to find shade or it was waiting for its tucker, but it’s a bewdy!

Final thought: Let’s keep it pretty simple this time: do you actually check behind and under your door handles or would you have put your hand straight on top of this lovely critter? Let us know in the comments section!