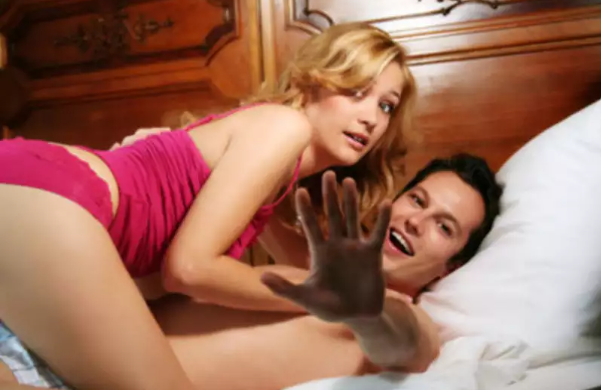 F**ken sleepovers are supposed to be one of the highlights of your young life. You’re hanging out with your mates, you watch films, you eat pizza, you talk s**t; yeah, nah, in an ideal world, it’s a f**ken blast. Unfortunately, it can also be the kind of thing that opens your eyes to the fact that the world’s a f**ked up place. So when Reddit asks what the most f**ked up thing its users have seen at a sleepover is, it’s well worth a read.

We’ll start with a trigger warning here: as you’re probably aware, this has got the potential to go in many ways. Unfortunately, most of it’s got the potential to be traumatic. If you’ve experienced f**ked up s**t at a sleepover, either vicariously or in person, this post may bring back some memories.

Sleepover in friend’s basement with 4 of us there. I think this was 4th grade. Sometime around midnight the host friend’s dad opened the door at the top of the basement stairs to ask if we wanted snacks, but right as the words started out of his mouth, he comes tumbling down the stairs and hit his head pretty hard. He didn’t move for what felt like forever and we heard from the top of the stairs some delirious yelling. My innocent self thought it was the host’s mom afraid because her husband just tripped and fell. My other friend later explained to me that…no, the host mom was drunk off her ass and pushed the dad down the stairs.

So yeah, I guess I witnessed a wife try to kill her husband. – Iswearimnormal

With that said, we’ve tried to keep this to the non-creepy stuff. We just want you to be aware if you go and look at the original post that it’s a bit of a minefield.

When I was in elementary school, I got invited with my sister to a birthday party of one of her friends. Everything was going fine for most of the night, and then the catastrophe happened.

Her mom came down to the basement and was clearly very upset, but didn’t explain why. She then had each of us line up on the stairs from the basement to the ground level of the house and brought us in one by one. I wasn’t the first in line but no one was telling us what happened once it was their turn. Finally I was up, and her mom took me into the bathroom and showed me a trash can with a poop in it. She was basically on the verge of tears, pointing to the trash can and asking me, “is this your poop!? Is this your poop!?” It wasn’t. We never found out whose it was, or at least I wasn’t told. We have joked that someone will finally come forward on their death bed, but my sister and I have since lost contact with those girls, so we may never know. – PicklethePug

I have another sleepover story that always sticks in my mind too, but does not deserve its own post so i’ll just summarize here; watched Aladdin at a b-day party, woke up later that night to friends older bro jerking off noisily in his sleeping bag with the movie paused on a scene of jasmine. – Grass-Snake-40

As you probably know from your own life experiences, our first real clue that the world takes all kinds of people and some of them are pretty f*cked up can often be found at the houses of your childhood friends and family.

When I was in the 6th (?) grade I was going to stay the night a friend’s house but we ended up at another kid’s down the street. This guy ended up talking about how he would hump his bed until there was a wet spot on his boxers. He ended up doing this while we were in the room watching tv and then showed us the wet spot. And that was how I learned how to jerk off. – Jay-C58

I remember we did a secondary school bonding thing in our first year where you effectively go to a summer camp for the weekend with the whole year group, about 200 11-12 year olds, to get to know everyone. Sleeping arrangements were in dormitories with bunk beds, separated by gender, about 30 to a room.

Lights go out in my dorm, no teachers, just 30 11-12 year olds that don’t know each other that well. A kid farts. Hilarious. Someone else farts, a few others. Then, I vividly remember a distinct sloppy sound followed by a panicked “oh”, a kid shat himself. – WillTron3000

That’s not to say that all sleepovers are like that. For most people, we reckon they were probably pretty normal. Still, it can be eye-opening to see how normalised violence, maltreatment, alcohol or drug abuse is in other households.

One time I was at a “friend’s” house for a sleepover and he and another “friend” held me down on the couch and tried to light my hair on fire with lighters. I managed to break free and ran upstairs and asked my friends mom to let me use the phone. Mom came promptly to pick me up. Needless to say, I was not on speaking terms with the other two again. – Weiguken

I didn’t see this happen but I heard about it afterwards. When I was in 9th grade a group of boys on the basketball team were hanging out in one of the hotel rooms on an overnight trip and decided to prank this awkward unpopular guy. They covered up with blankets and started making motions like they were masturbating. The target of the prank asked what they were doing, they told them “we’re whacking it” and asked him to join. well, he did. they pulled the cover off him and revealed that he was particularly well endowed. His name was James something but from that point on he carried the nickname Mule. I, as well as many other people, heard the full story when we were wondering why he had the new nickname. – 3885EitherRange

Final thought: All right, so now comes the bit where we spin the question back to you blokes and blokettes. You know we’re always okay with jumping on a bandwagon, but let’s put a spin on it that’s not so confronting. What’s the funniest s**t you saw at a sleepover. Load your responses into the comment section.

If any of this has been confronting or you need to talk to someone about your own experiences, you can contact Lifeline on 13 11 14.