Mate, we know we talk a lot about Australia being the land of the predator and make plenty of quips about the food chain and the fact that crocs are the big dogs at the top if it, but this little bit of drama backs that theory right up! A couple of blokes were fishing in Western Australia when they caught a bloody shark. That alone is enough to make plenty of people go, ‘f**k nah,” but imagine their shock when a 2.5 metre saltie decided that he wanted that same shark for dinner. Check it out…

All right, so the two blokes in question are Geoff Trutwein and Nat Barnes. They were out on Nat’s boat, enjoying the serenity of it all when they hooked up the blacktip shark. As you can imagine, they were pretty bloody chuffed. 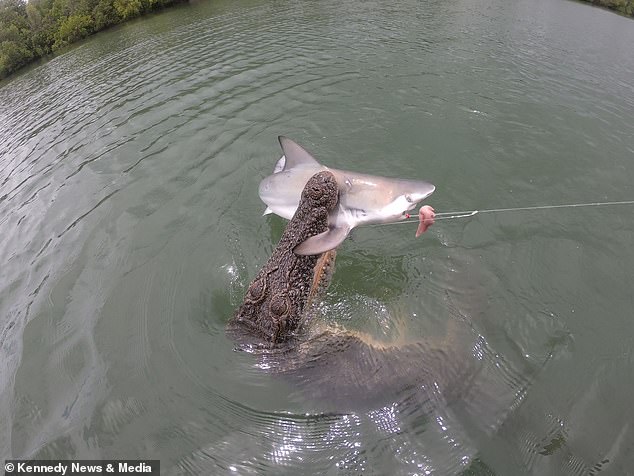 As we said, though, the resident croc was like, “Nah, f**k you!” It just came up and munched the s**t out of the shark, challenging the boys on the boat to the most hardcore tug of war contest of their lives.

They caught plenty of it on video, and George got some f**ken grouse pics. He even tells you the story more accurately than we can. After all, you want it straight from the warhorse’s mouth, so let’s get cracking. 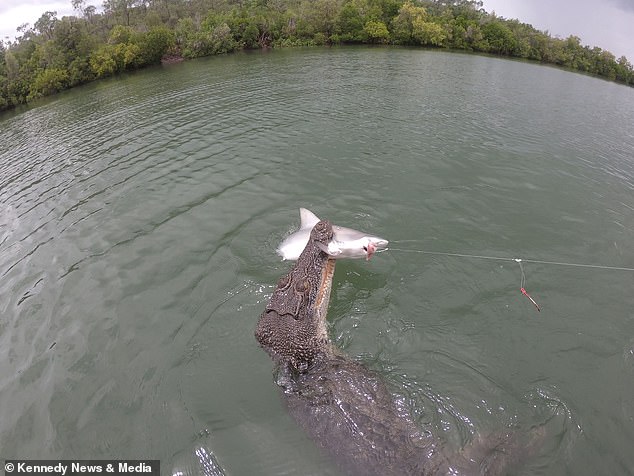 “We had been out fishing for a few hours and Nat caught a juvenile blacktip shark,” he said. “While he was reeling it in this saltwater croc decided he wanted that meal. He shot over really quickly and grabbed it. The crocs aren’t timid around people, they’re very happy to be around us.”

Fortunately, he’s not too bitter about losing his grub to the reptile, deciding that it’s not often you get to experience nature up close and incredibly f**ken personal. 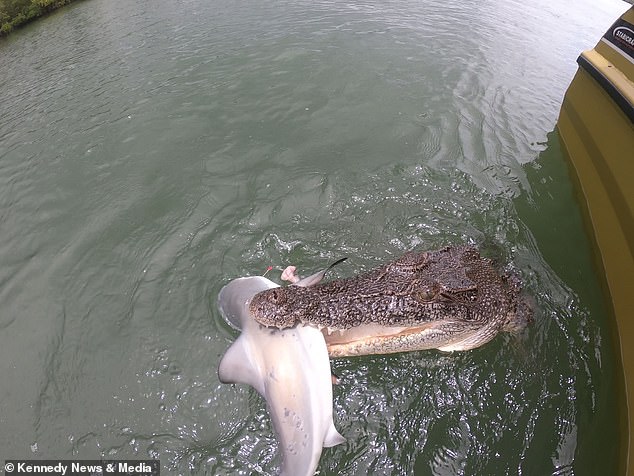 “I’ve been photographing wildlife for 30 years and I’ve seen the crocs around here a lot in my life but I’ve never had an interaction like this. It was shocking. It was just incredible to see something so powerful up close.

“This one was only young but it was still about 2.5 metres in length. I got as close to the side of the boat as I was willing to get as I didn’t fancy losing my fingers. They can look pretty placid when they’re lying on the mud flaps but once this one decided he was hungry there was no way he was letting it go.” 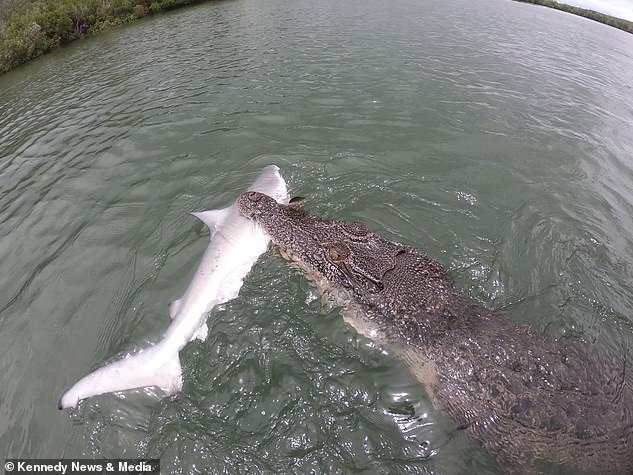 “They’re also lightning fast. Not only are they quick and powerful animals, they’re also really smart. If you’re a regular visitor to the same spot, they’ll watch you closely and get closer and closer to you. One day they’ll be just under the water next to you and you’ll have no idea until they’re biting your leg.” 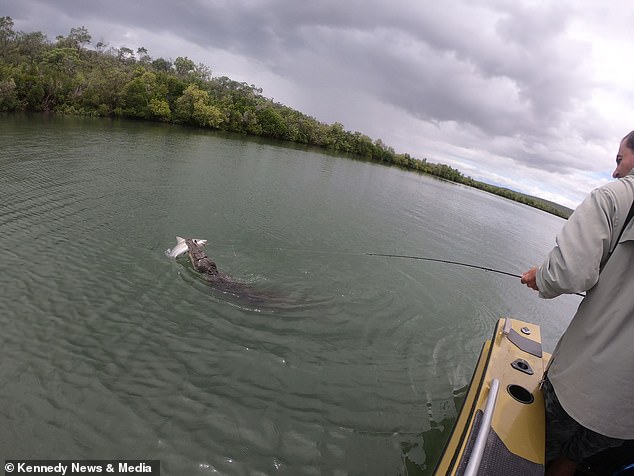 Final thought: We like George’s take on events. Sure, it might be a bit of a bloody scare at first, but you’ve gotta love that he’s so chilled about it. This old legend’s been around, and we reckon he can share some awesome stories over a beer or two.

Just in case you missed it, here’s one of Ozzy’s latest commentary videos…Ozzy Man Reviews: Goats