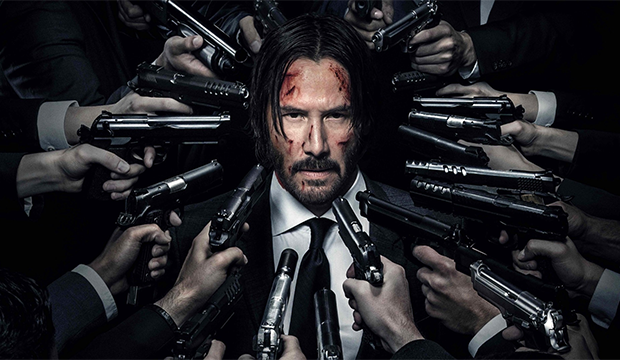 It’s been a long time since Keanu Reeves came to the big screen as Ted in Bill & Ted’s Excellent Adventure, and it may make you feel old when I say that The Matrix was released over 18 years ago. But thankfully all those years have given us plenty of time to forgive and forget the awful movie that was Speed.

In more recent years Reeves, now 52, has starred in several roles which might suggest he’s slowing things down bit, but then he comes back for the second instalment of the John Wick series, aptly named John Wick: Chapter 2. Lionsgate dropped this promo reel for the movie back in February, documenting the insane training regime that Reeves and many of his co-stars went through before a single frame for the film was shot.

The original John Wick film was reminiscent of the old Hong Kong Action films, the likes of Chow Yun-Fat and Jet Li starred in – a mix of martial arts action with a healthy dose of gun-play thrown in. It doesn’t look like John Wick: Chapter 2 will disappoint either, with Reeve’s taking up 4 months of daily martial arts and fire-arms training prior to the start of filming. According to the promo, Reeves did many of the films stunts himself, as did many of his co-stars. Essentially, Reeves is now a fully trained stuntman, and from what we’ve seen of the film, it shows.

The film also stars Australia model and actor, of Orange Is The New Black fame, Ruby Rose, who from the promo appears to be yet another person out to kill John Wick. Hopefully she’ll play a more substantial roll than she did in Resident Evil: The Final Chapter. The original John Wick is also one of the first movies to be made into a VR experience, with John Wick Chronicles releasing on Steam in early February.

John Wick: Chapter 2 released in Australia on the 18th of May, 2017, and is still screening.