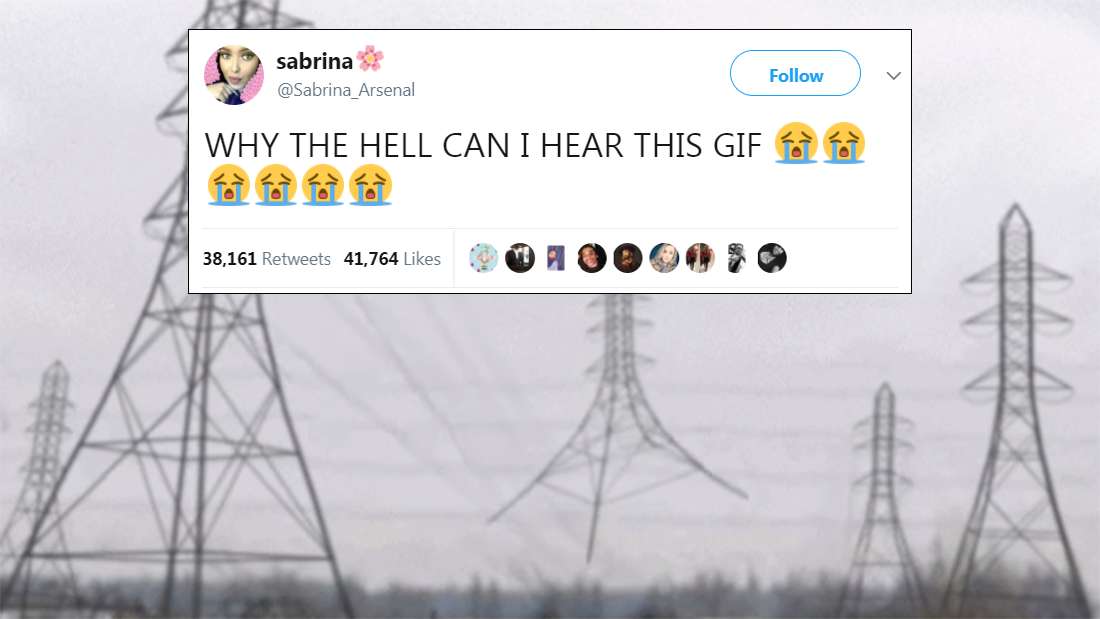 75 Per Cent of People Reckon They Can Hear This GIF. WTF is Going On?

We all know the brain is a funny beast capable of tricking us into thinking sh**loads of weird and wonderful things.  It’ll turn shadows into monsters, incorporate sounds you hear at night into your dreams and, it seems, trick you into thinking you can hear a silent GIF.

Now this, this, is a funky little idea. Have a look at this gif:

What do you hear? Credit: Happytoast

Did you hear anything?

The thing is GIFs are silent animations. There is literally no sound coming out of it. However, I’ll own up, there’s definitely something going on here. To be quite bloody honest, I’m not gonna say I ‘hear’ anything, but I do think I at least imagine an accompanying sound or find myself thinking of onomatopoeic noises to accompany the image. (And I’ve always wanted a legit reason to use the word onomatopoeic. Nice.)

If you experienced something similar, you’re not alone. The gif, which was originally put on twitter by user Happytoast often does the rounds on social media and now scientists are on the case. 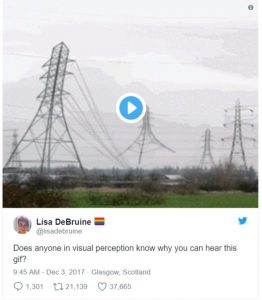 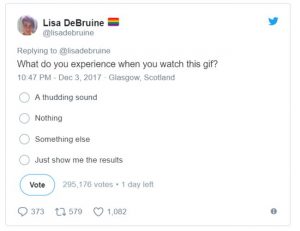 A researcher from the University of Glasgow, Dr Lisa Lebruine, ran a poll to ascertain peoples’ reactions and experiences when viewing the gif and according to the results, some 75 per cent of people who’ve viewed it say they’ve experienced a thudding noise.

Anyway, that GIF’s not the only one. Try this bad boy on for size:

Anything? For me, I’m not getting Tigger’s bouncing, but I am getting the ‘sloshing’ of paint and Eeyore’s moaning.

For me, I’m not sure we need science to really say or do anything about this though. I just think it’s recognition of familiar sights triggering related sounds. Just today, I watched a bloke at work spell ‘Mississippi’ and the bloody rhyme went through my head as he wrote it. I asked him if he experienced the same. The answer, yep.

So what do you reckon? Is there something more going on here? Are 75 per cent of people crazy? Do you just not give a monkey’s? Either way, hit up the Facebook and let us know.

Oh, and if you’ve got it in you to make a bouncing kangaroo GIF, maybe we could test that one on people.

We reckon it’s a fair bet that if you had to picture a deer, you’d picture a fairly graceful looking animal. It’d have a nice plush coat, a meek manner and a woodland aesthetic that’d put it right at home with the pix...