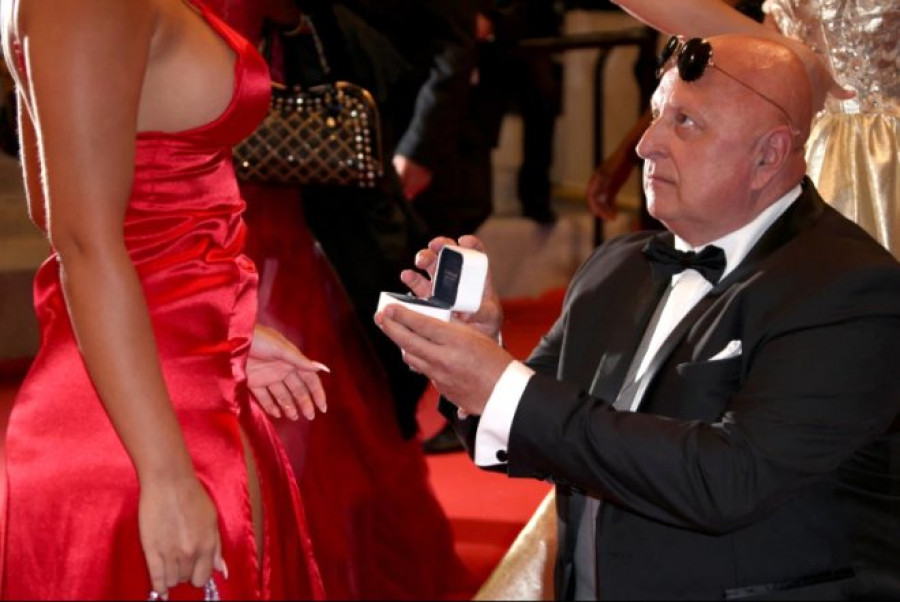 A lot is said about love these days. Some think it’s been cheapened by the ever-evolving nature of society. Some, though, they reckon it’s only been strengthened. Here at Ozzy Man Reviews, we’re not exactly sure where we stand on that, but we do reckon true love is true love and the s**t knows no bounds. Whether that means a bloke and a sheila, two blokes, two sheilas, or an old mega-rich bloke and his young sheila, we reckon we’re not the right people to judge. 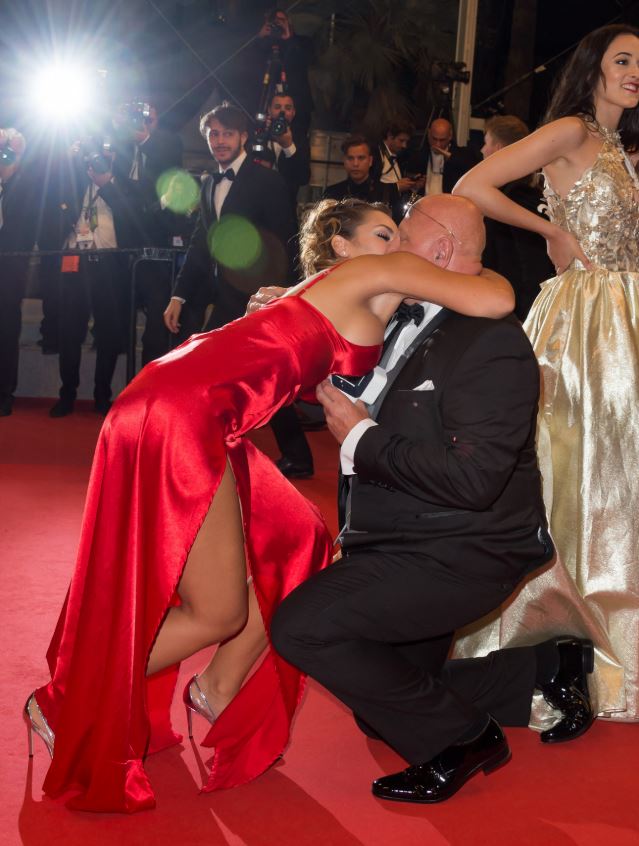 Anyway, having said all of that, we wanna know what you big bloody bewdiful dickheads reckon about the romantic moment that stole scenes at Cannes Film Festival. While walking the red carpet with his reality star sheila, 25-year-old Marguerite Aranha, Greek millionaire and nightclub owner, Milos Kant, popped the big question.

We reckon it’d be uncouth to suggest that his millions have helped him out here in any way, shape or form, but you have to admit, it’s not like you’re gonna see Steve from down the road popping the question on the red carpet at Cannes anytime soon. 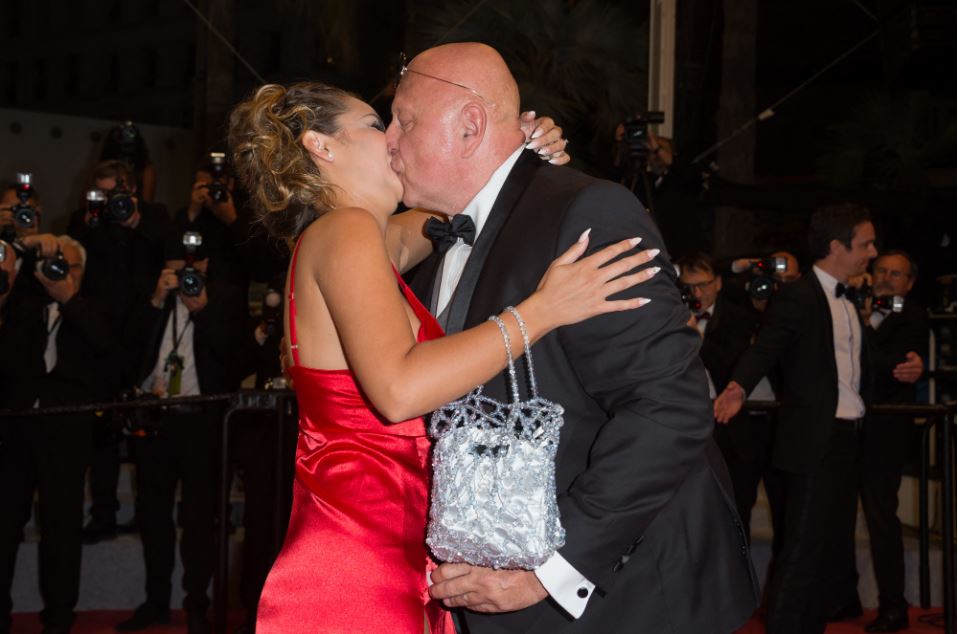 Nevertheless, it’s not like he’s just bloody done it on a whim. Yeah, nah, he took six f**ken weeks to decide that he wanted to spend the rest of his life with the star of Portugal’s reality show, Love on Top. Apparently, it’s some sort of live dating show with an app and s**t like that. We don’t care enough to look it up. You’ve got Google if you wanna know more.

Anyway, according to the Daily Mail, the two met at Kant’s nightclub, The Princess Club. The love of his life was a topless dancer there before he made her managing director. Age-gap aside, the real question here probably has something to do with nepotism, but again. That’s none of ours.

In fairness to Marguerite, it would be remiss of us not to mention that she has studied event management for three years. Back on topic, she’s responded to questions about her whirlwind love affair with Kant by saying, “When love is not madness, it is not love.” 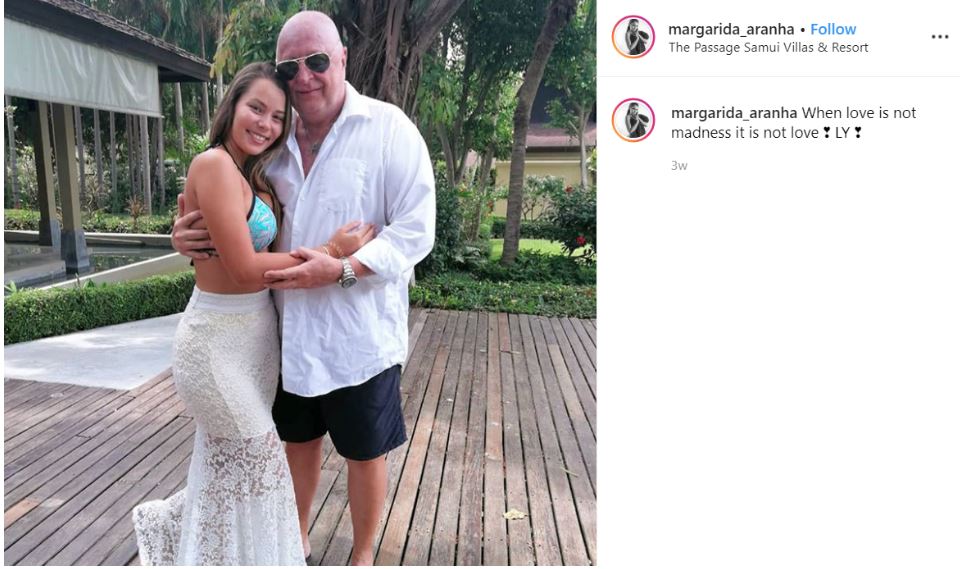 Final thought: All right, all right, we know you’re probably outraged at this, seeing as you can’t just promote a sheila ‘cos she’s your girlfriend now, but we wanna know what your real thoughts are. Is six-weeks long enough to know if you’re right for each other? Are these guys making a mistake? Could there be anything else at play?

Back in the day, or so it seems, no bloke worth his salt was ever seen in the delivery room when the missus was squeezing out a fresh cherub. They just sat outside the door, slowly getting sloshed and preparing their ...