Sometimes life is a bloody farce, isn’t it. Sometimes that sucks and you have to deal with the whole world laughing at you. Sometimes, though, it’s not you that’s being laughed at, it’s some other bugger. When that’s the case, everyone loves it. And, let’s be honest, we fair dinkum love it even more when there’s nudity involved in a farcical situation. Nah, yeah, when some bloke has got himself into the kind of situation that leaves him stark naked in public, everyone bloody loves it. This is one of those situations.

So, as you can see from the video, the bloke has got himself into quite a situation. Now, as with any story like this, rumour and innuendo are swirling around, but what does apparently seem clear – according to one witness is that the dude wasn’t wanted back in the room. 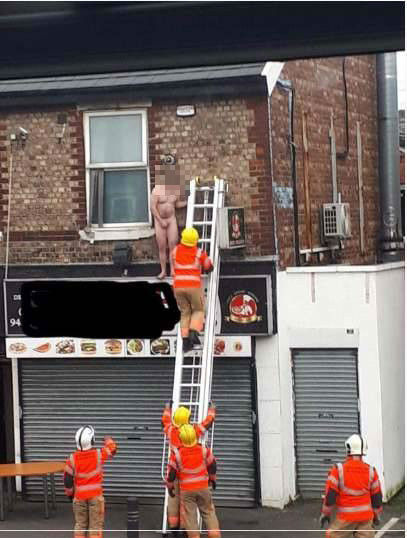 A witness to the scene, Mike Kerr, said, “It was crazy – the guy seemed to have climbed out. And then the girl seemed to have pushed him as he tried to get back in and closed the window on him so he couldn’t get back in. She was obviously scared of him.”

The video you’ll see down below – featuring two giggling pommy sheilas – seems to suggest he might have been climbing out of another bloke’s woman’s window. However, what does seem apparent is that it was a massage parlour window he was climbing out of. 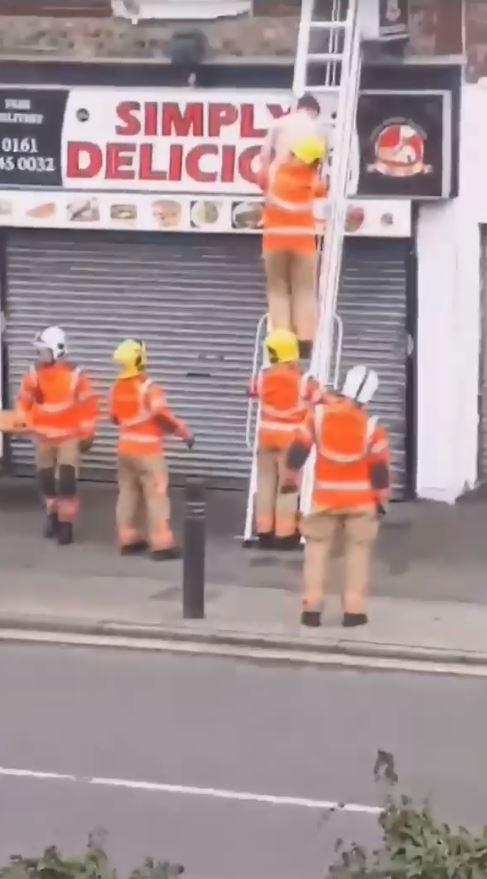 We guess the short answer is ‘make up whatever the f**k you want.’ But, despite that confusion, there’s no hiding the fact that photos show this fella standing on the ledge of a window, clutching his privates. It’s believed he was having a bit of a barney with the sheila inside – maybe he didn’t want to pay up…

Anyway, the fireys eventually got him down. We guess you can say that he got a happy ending after all. As for the firey who had to get him down the ladder while choosing whether he wanted a face full of ass or balls…his day was not so exciting. 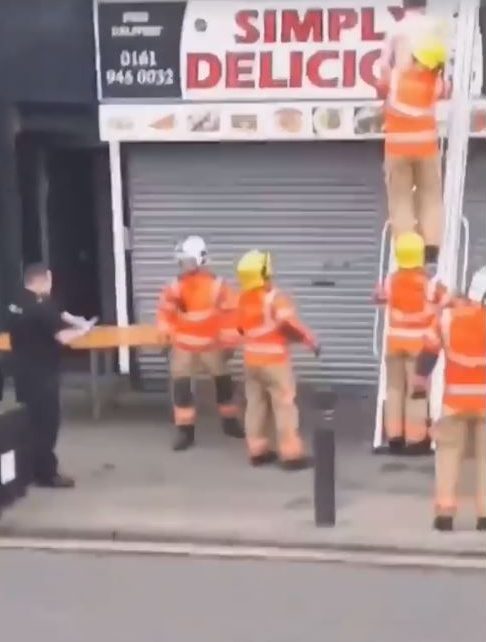 Final thought: As we said before, this is the kind of situation you’d hate if you were the one left naked in the cold. Seeing as it was some other bloke, though. Laugh your arse off. Anyway, we’d love for you to speculate on just how he ended up there in the Facebook comments. Wildest stories get the brownest brownie points. Get onto it, ya legends.