A reward has been offered to remove this tyre from a massive crocodile’s neck!

We know that most of you out there in the comments section are pretty bloody keen on wildlife. That’s because you’re a bunch of good blokes and sheilas, but how far would you go to help an animal out? We’ve no doubt you’d try to give a thirsty koala a drink or get a turtle off the road. You might even call the vet if you found a bird with a broken wing, but would you help a crocodiliac if it was in strife. If you would, Indonesia’s got a job for you…

Yeah, nah, up in Indonesia’s Central Sulawesi province, a big bloody crocodile’s been living with a tyre around its neck for a couple of years. Understandably, that’s quite an albatross, and even though the big bloody saltie – the same species that we have here – has survived a tsunami and an earthquake, this tyre could end up sending it to the big mud-wallow in the sky. 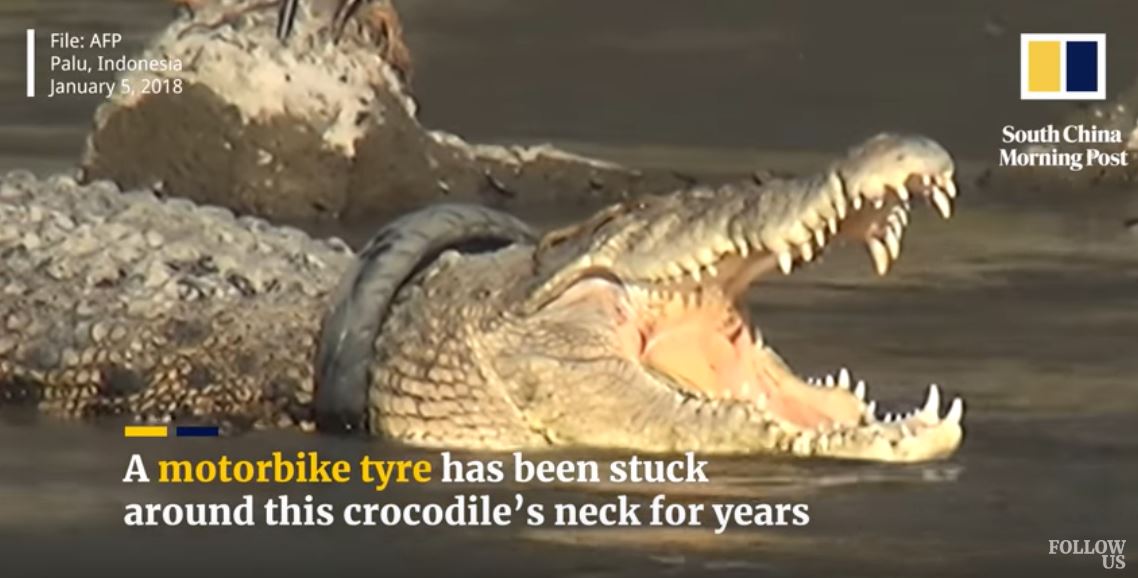 To help the four-meter crocodiliac, Central Sulawesi’s Natural Resources Conservation Office (BKSDA) has invited members of the public to try to save the reptile before it’s sent to Destination F**ked. The organisation’s chief, Hasmuni Hasmar reckons that “A reward will be given to anyone who can release the hapless reptile.”

It’s not supposed to be easy, though. Apparently, scientists have tried to lure the bewdiful bloody creature in with meat in the past, but haven’t had much luck. Indonesia’s ‘animal whisperer’ couldn’t do it, and the conservation office tried to lure it with meat. 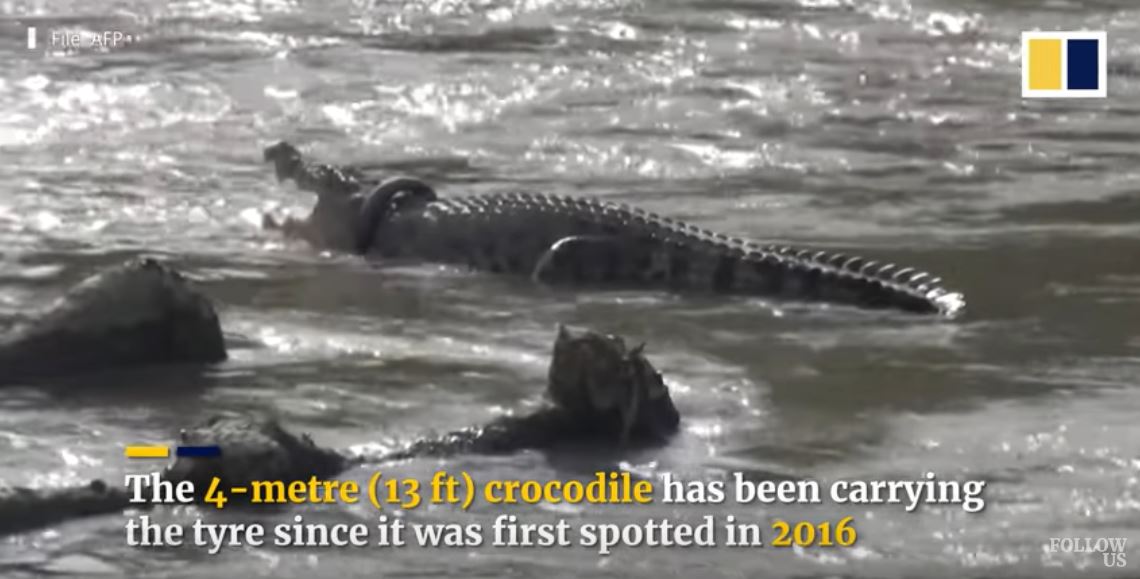 This really sounds like the kind of job Steve ‘the Bloody Legend’ Irwin would have smashed to pieces, but without him on the case, someone else is gonna have to step up to the plate and save this gorgeous – and luckless – estuarine crocodile. 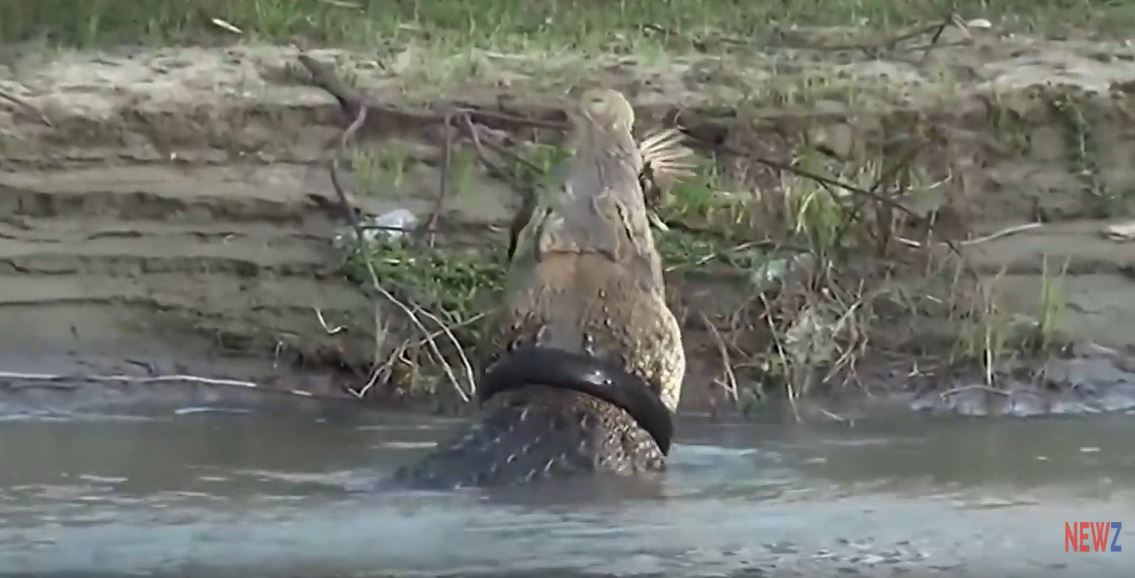 Final thought: It’s not been made clear exactly what the reward is, but unless it’s a kick in the d*ck, this is something someone’s just gotta do. It’s a result of human interference, so in this case, some human needs to go and sort it out. And, in fairness, even if the reward’s not great, you’ll always be the bloke – or sheila – who saved a crocodile from a pretty s**ty existence. F**ken jump to it, ya legends!