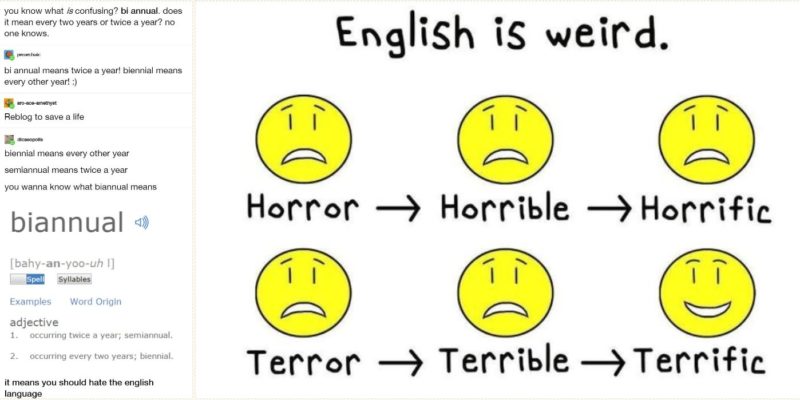 It’s a bit of a general truth that English is the ‘hardest language to learn’. Now, we’re not a hundred per cent sure whether it is actually the fair dinkum trickiest of the lot, but we’ve heard it from enough folks who’ve had to learn it as a second language to say, ‘Yeah, rightio, you might be onto something there, cobs.’ Of course, it’s still not something you really think about until you’re confronted with some of the raw facts. That’s why, when we saw these, we knew we had to give you a squiz.

Now, we should probably share right off the bat that we’re not really concerning ourselves with anything academic here. It’s all basically bulls**t and bollocks and we’re going with it. Having said that, if you’ve got some legit answers or explanations for some of the following pictures, we wanna hear ‘em. 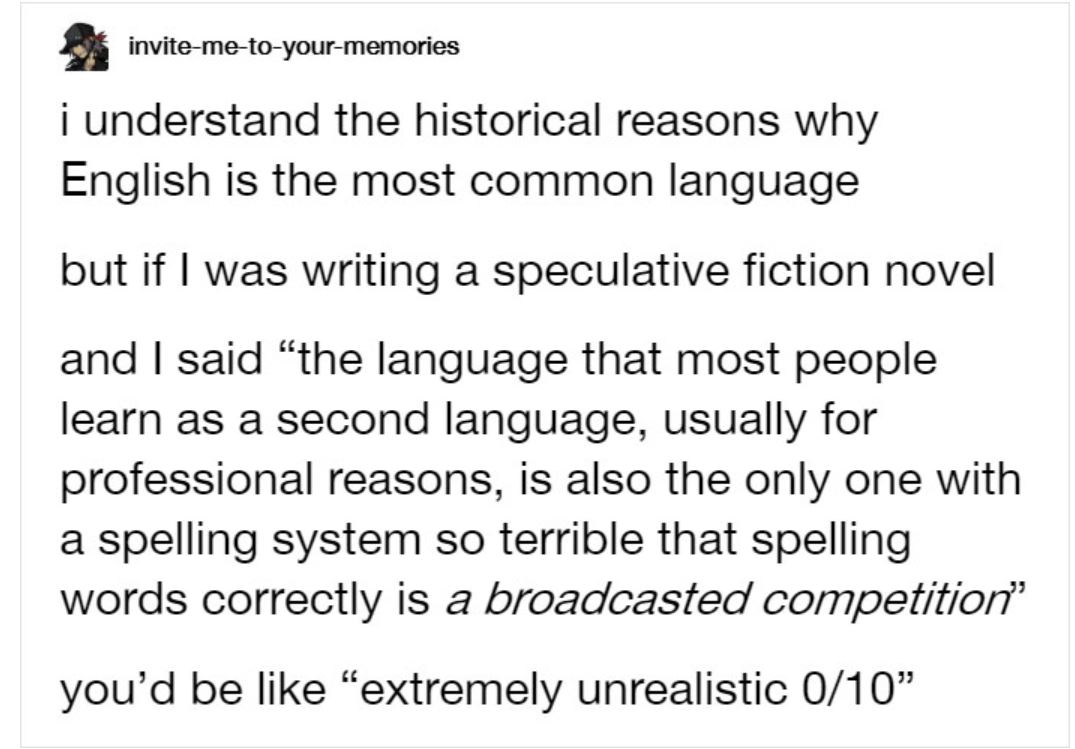 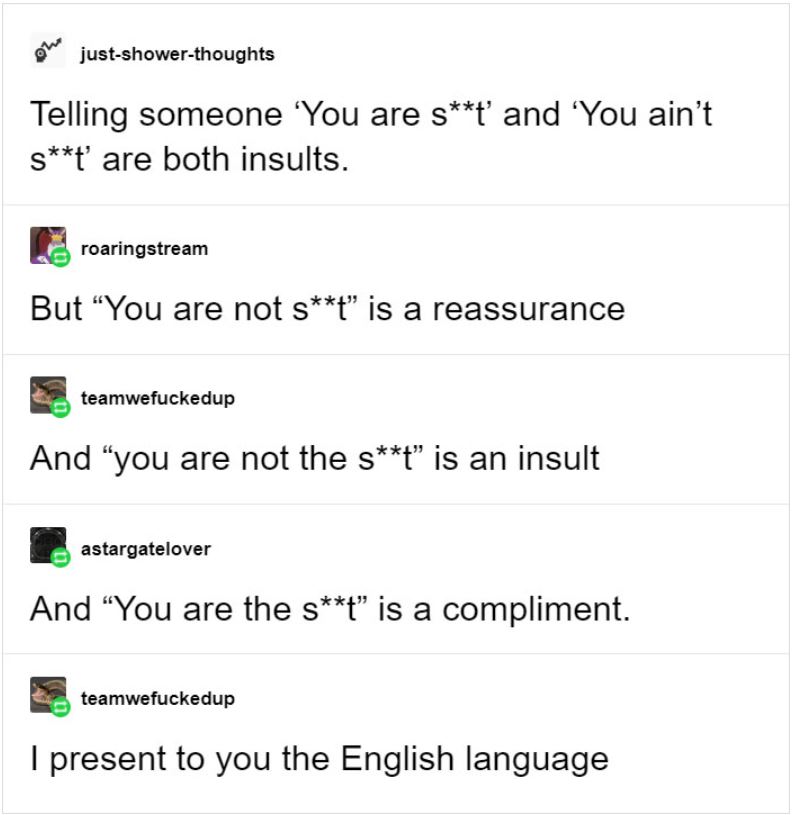 We’re gonna hazard a guess and say that if you paid any attention at all to English in high school, you’ll know that it’s a pretty solid mish-mash of loads of languages. That’s why there are loads of contradictions between words with the same sounds, but different rules. 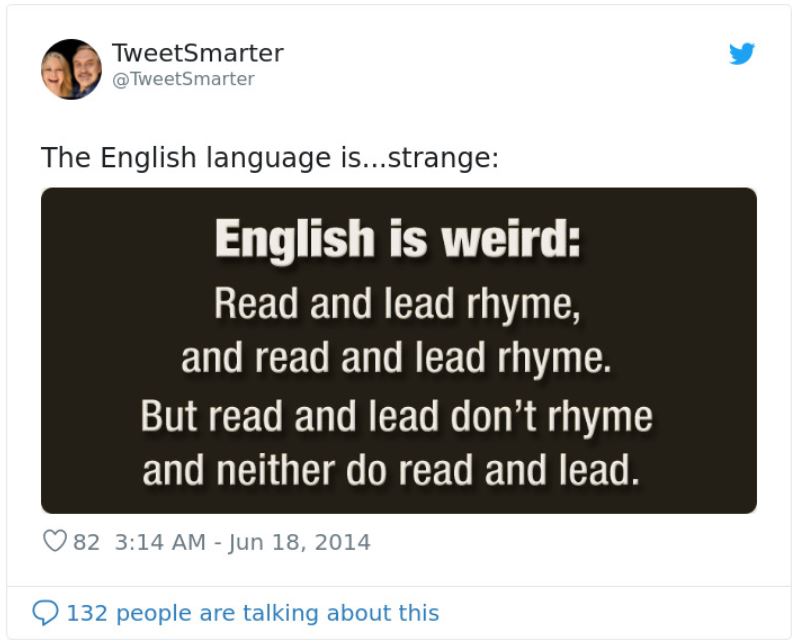 On top of that, we’ve also heard that because there was no standard spelling rules for way too long, plenty of English-language words have completely messed-up spellings. Again, we’re not sure if that’s the actual and factual reason, but bugger it, it sounds good enough to us. 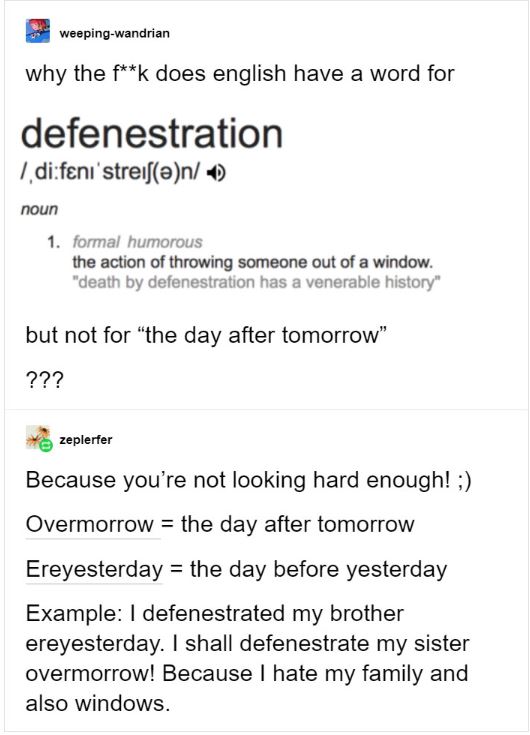 With all that said and done, though, you can’t deny that all these rules must make it a bloody nightmare for people who have to learn English as a second language. Of course, and just quietly, it’s our experience that those blokes and sheilas are usually better at English than the ones who grew up speaking it, but whatever, Trevor. That’s a debate for another day. 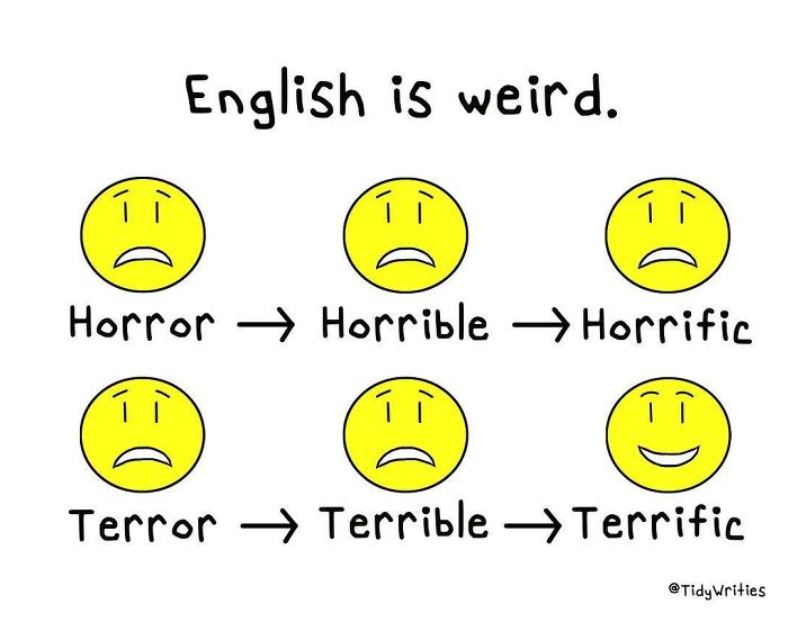 Final thought: Clearly, these are only some of the ways the English language is pretty messed up. If you’ve got other faves, let us know in the comments section. Cheers, ya bogans.