You know, it doesn’t really matter what’s going on in the world, some people just have no sense of self-awareness or desire for self-preservation. If you’re not sure what we mean, ask yourself this: would you go coughing on someone as a means to get your own way in the midst of today’s current hysterical panic? Yeah, nah, you probably wouldn’t, but then again, you’re probably smarter than the chick this story’s about…

As you know, we’re all about the benefit of the doubt here at Ozzy Man Reviews. We want people to live the best life, and we hate seeing bad s**t happen to anyone, but, and there’s always a but, you just can’t help some people. 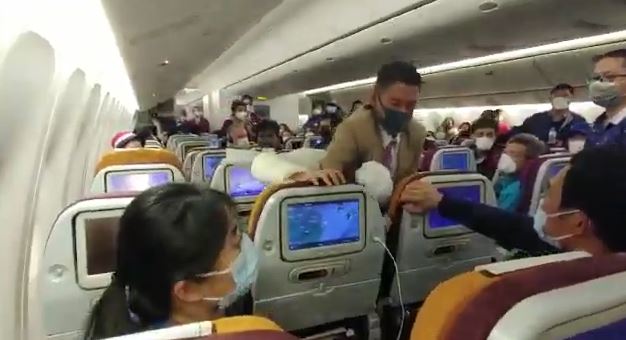 We s**t you not, this story will make you shake your head. Basically, a sheila on a Thai Airways plane cracked the royal arse when she was made to endure an extended delay thanks to new quarantine procedures at Shanghai Airport in China.

Basically, the airport’s doing the sensible thing and screening passengers who’ve been to countries that carry a high risk of Covid-19 infection. You know, like they bloody well should be. This sheila, though, she wasn’t having it. 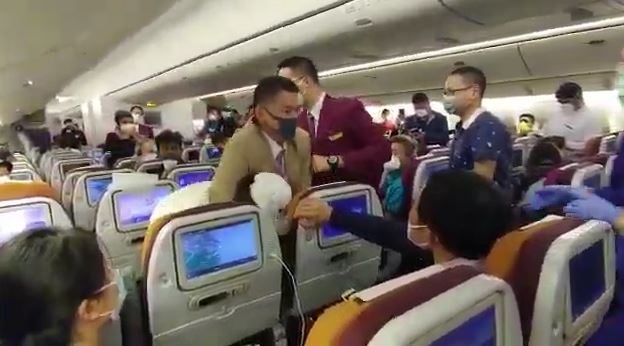 Desperate to get off the plane, she coughed on a flight attendant. You don’t see that in the actual footage, but you do see flight attendants holding her down in a f**ken headlock as she struggles to break free.

Speaking to The Sun, a spokesperson for Thai Airways said:

“Thai Airways was informed at Shanghai Airport that there were measures to screen passengers with a history of travelling from risky countries such as Italy, South Korea, Japan and Iran.

We could not open the doors of the plane until instructed to and health officials came to proceed with checks. Therefore, Thai Airways had to wait for seven hours before officials arrived at the inspection queue.

The passenger was upset about being held for a long time and coughed at one of our staff. After she calmed down we explained the situation to her and she agreed to sit and wait for screening.” 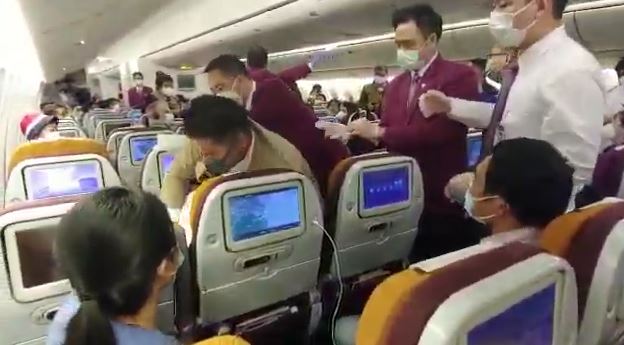 Final thought: Here’s the thing that gets us: sensible quarantine isn’t a new thing. S**t, you can even see evidence of it in Romeo and Juliet. That’s about four-hundred years old. If you’ve gotta deal with it, just bloody deal with it like a grown up. Coughing on people is just asking for trouble, don’t ya reckon?