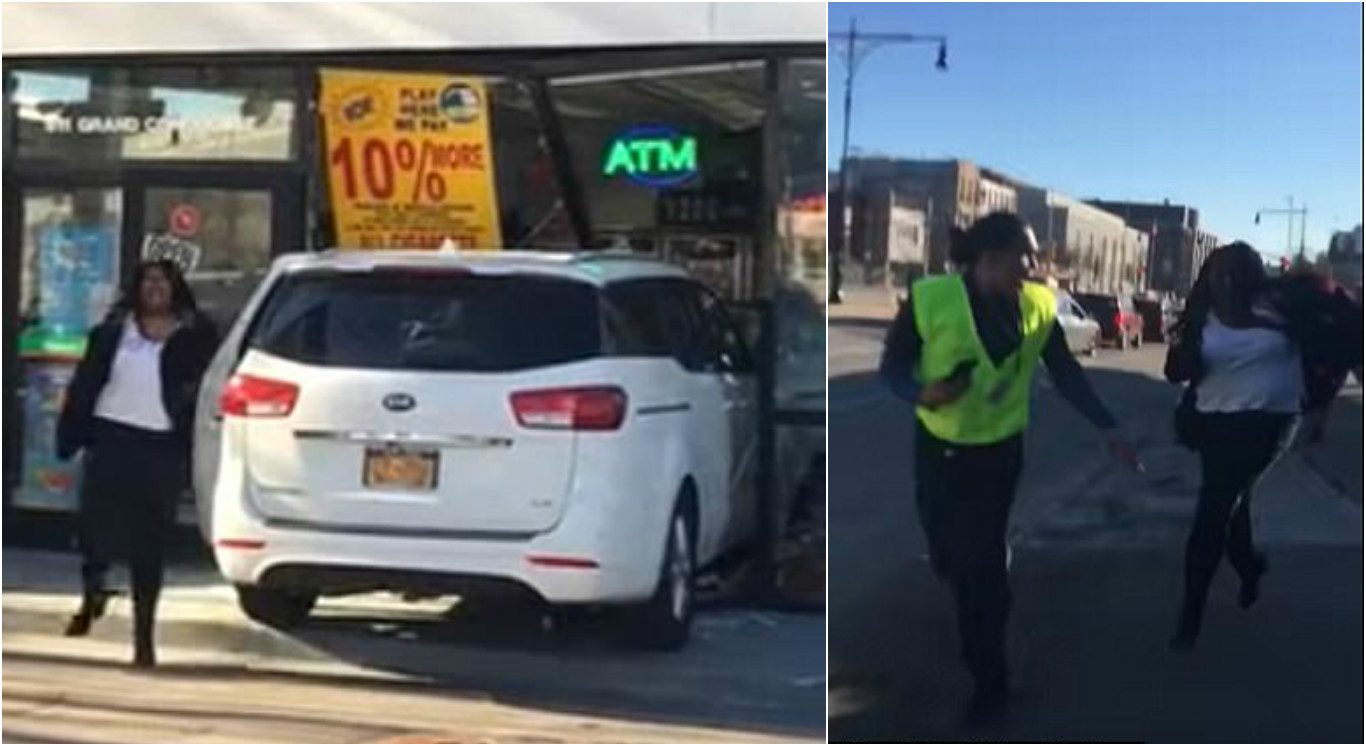 Woman Crashes Her Car Into A Gas Station, Goes Off And Chases Guys Filming Her

It must be pretty embarrassing driving straight into a gas station and crashing through the front window. I mean, I can’t really understand how that happened in the first place, but that’s another story entirely. The video below didn’t pick up the initial crash – but that’s probably the least interesting thing that went on. The woman who was driving the car started to get filmed by these two Mexican blokes, and she didn’t want a bar of it. At the start of the video she is already pretty fired up about crashing her car (understandably), but she gets fired up even more when she realizes she is on camera.

I guess she didn’t want her accident being recorded, because she was embarrassed (or maybe insurance). So instead of shrugging it off, this wild sheila tries to attack the people filming her! She starts hurling abuse and then chasing them down the street.

The woman then began to get angrier and angrier as the men kept filming, flipping the pair the bird.

‘I like that finger, too,’ one of the men said in response. The two guys then seemed to get more and more amused as the woman became angrier by the moment.

‘It was an accident, you dumbasses! How about you get a f***ing car yourself?’ she yelled at the men.

‘This is crazy,’ one of them is heard saying in stunned amazement as they both continued to capture the scene on their smartphones.

‘You’re recording me for what reason, sir?’ the woman says. She proceeds to call them dumbasses, then claims she didn’t kill anyone, then threatens to kill the guys filming! The two Mexican blokes start eating it up, laughing at her as she tries to pull her pants up as she chases them down the street. She go back to the gas station only to appear with a unorthodox weapon, forcing the two filming to run for it.