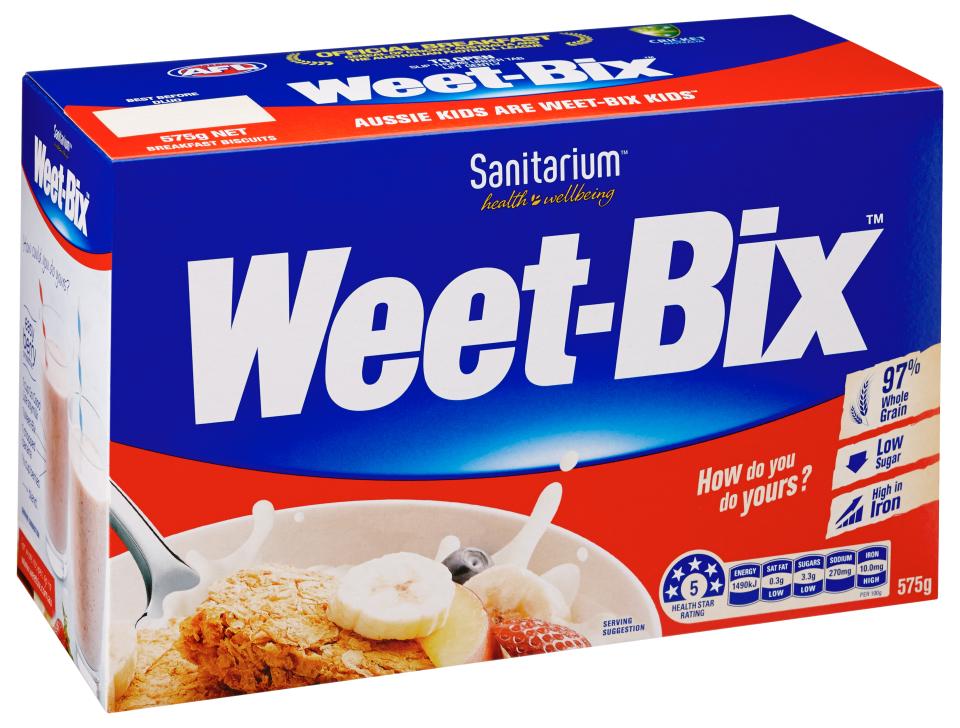 Debate erupts online over how to eat Weet-bix

F**ken Weet-bix. If you’re ‘Strayan, you know what they are. If you’re from somewhere else, you might call them Weetabix, but the fact is they were invented by an Ozzy, and they f**ken started here. What’s more pertinent to this particular discussion, though, is that we’ve just realised that all you blokes and blokettes in the comments section probably eat them in wholly unique ways. Seriously, check this s**t out…

Just the other day, a sheila on Facey called Aldi Mum started a bit of a s**tstorm when she asked her 186-thousand followers how they ate their Weet-bix. If you’re anything like us, you might be thinking all right, there’s obviously the classic ‘in a bowl with milk’ method, and you might have seen some of your weirder mates cover them with hot water and make porridge, but the answers here? Well, check ‘em out…

One mum reckons her daughter eats ‘em with butter and vegemite. We’re not exactly sure how to respond to that, but we reckon that’s a pretty f**ken brave choice. Deadset, that s**t’s gotta be drier than a nun’s nasty.

Another commenter claims they split the f**kers open, then ‘smear with butter and honey’ before sandwiching them together. Now, we don’t know about you, but if we saw someone doing that, we’d probably call the cops.

Of course, there’s plenty of regular people who stick to the tried and trusted method of treating ‘em like any other cereal, but as you might expect, different people like to leave ‘em to soak for varying amounts of time. 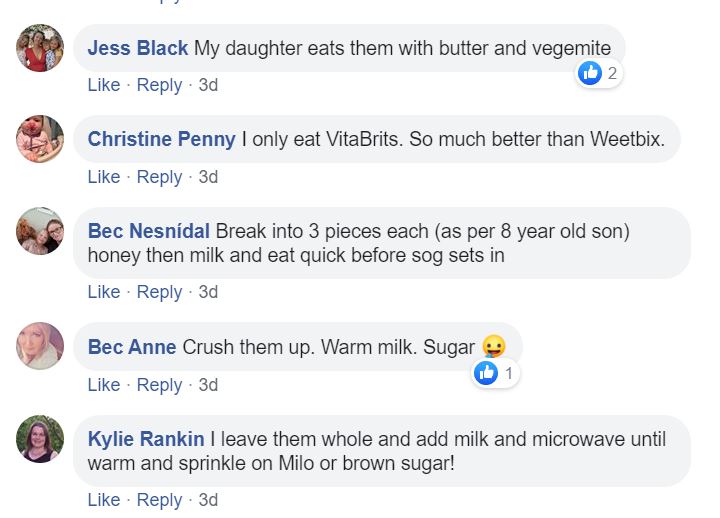 Others seem to have pretty f**ken specific rituals that see them treat the s**t like some kind of gourmet ingredient. Give the post a squiz and check out the weirdness. 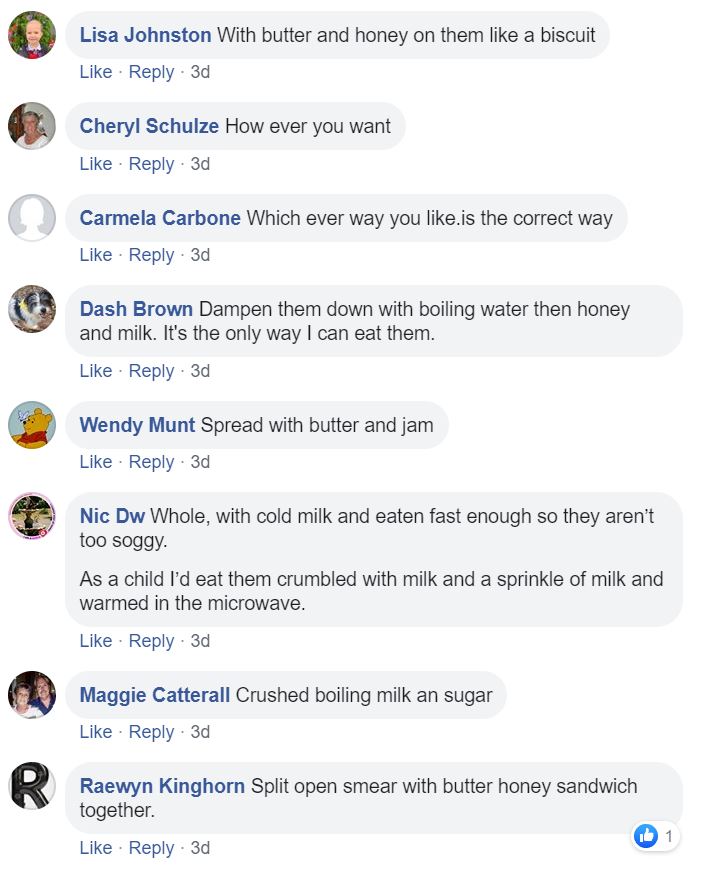 Final thought: We’re just gonna keep this one simple. We wanna know how you lot eat your Weet-bix. Load up the comments with your thoughts. Till then, f**ken hooroo, ya legends.