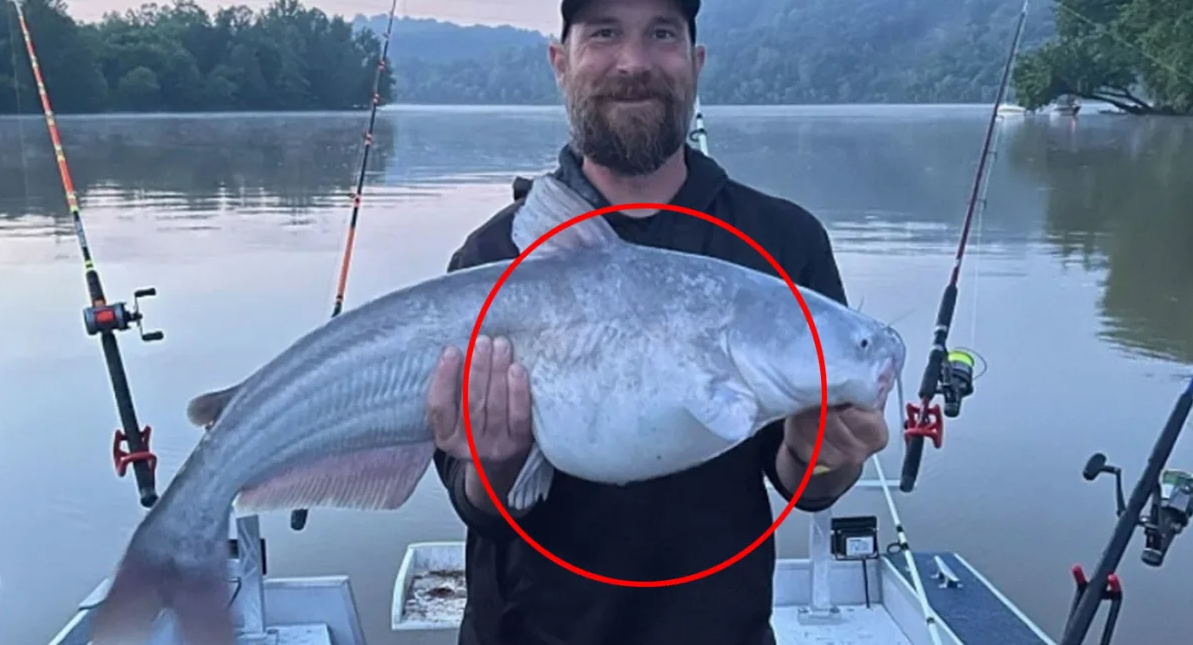 Everyone knows that bloody fishermen love to tell tall tales about their catches. Of course, the existence of mobile phones – and their cameras – means these much-maligned legends of the waterways can prove their stories like never before. Clearly, that’s a good thing, because if you only heard this story, you’d call bulls**t.

All right, just the other day Richard Kesar and his mate John Hoop had just reeled in a huge catfish when they noticed something hard was stuck in its guts. Later, when they decided to open the critter up and have a squiz, they couldn’t believe what they were seeing. 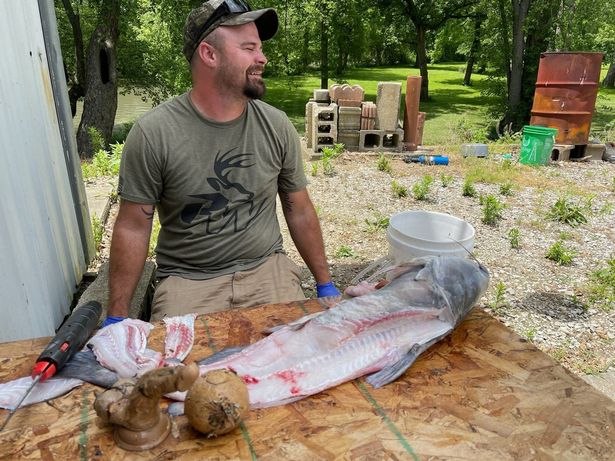 Richard said, “We noticed when we got it in the boat that its stomach was huge. We decided to cut it open, and we found the foam ball, part of a fish, and the other object.” 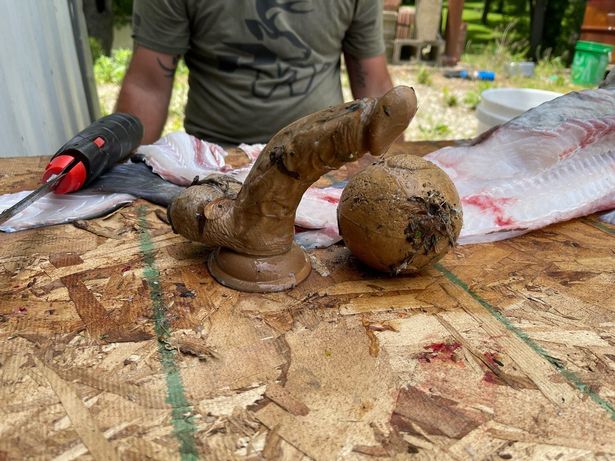 “Well, we had a pretty interesting fishing trip this morning, we noticed the stomach was hard but didn’t expect this to come out of it.”

As you can see from the images, the sex-toy was more than enough to provide the fish with a big-ass meal. It also provided an awkward moment for Richard and his family. His three-year-old daughter saw the offending marital aid! “When it came out Jon, my wife and I started laughing. My wife immediately covered my daughter’s eyes and turned her away from it,” he said.” 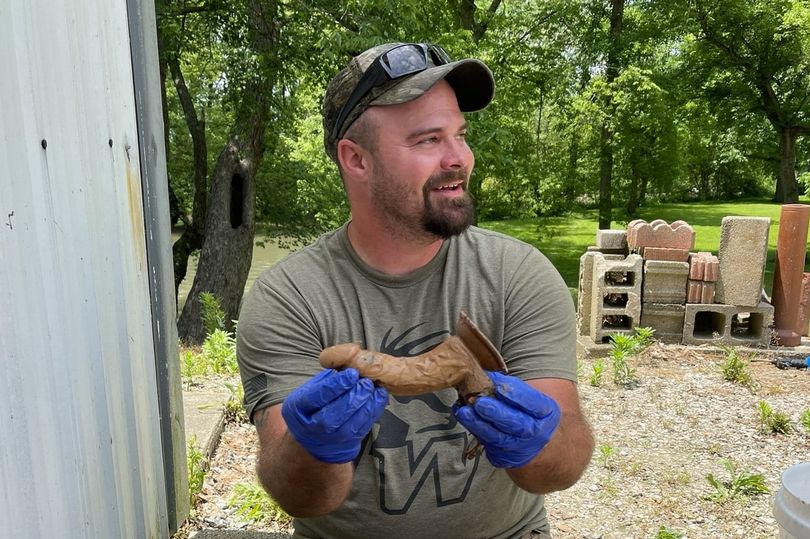 So there you go, if the fish aren’t biting, you might need to change your lure for something a little more phallic.

Final thought: F**ken hell, this one’s a bit bloody odd. Let us know what you’ve pulled out of a fish. Even better, if you’ve got pics, load ‘em into the comments section. See you there!