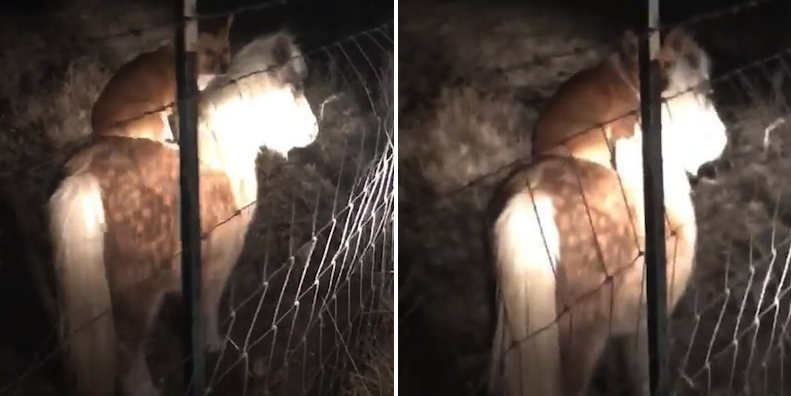 A Missouri woman posted an incredible video of her neighbour’s dog riding her pony.

After arriving home from McDonald’s late one night, Callie Schenker found the dog sitting comfortably on her pony, Cricket.

“So we pull back in our driveway tonight and this is what we see,” she wrote on Facebook.

“This is not our dog! But apparently him and Cricket, the one-eyed wonder pony, are best friends. I’m stealing the dog, new circus act!”

In the short but hilarious clip, Ms Schenker walks up to Cricket and tries to beckon him over but the pony and his little buddy simply trot off while Ms Schenker cracks up laughing.

The unnamed dog, believed to be a corgi, belongs to the neighbours and apparently visits the Cricket quite often. This is the first time it has been seen actually riding him, however. 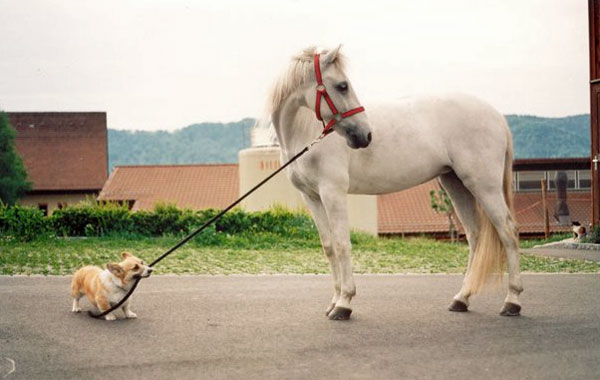 Another corgi trying to take a horse for a ride… 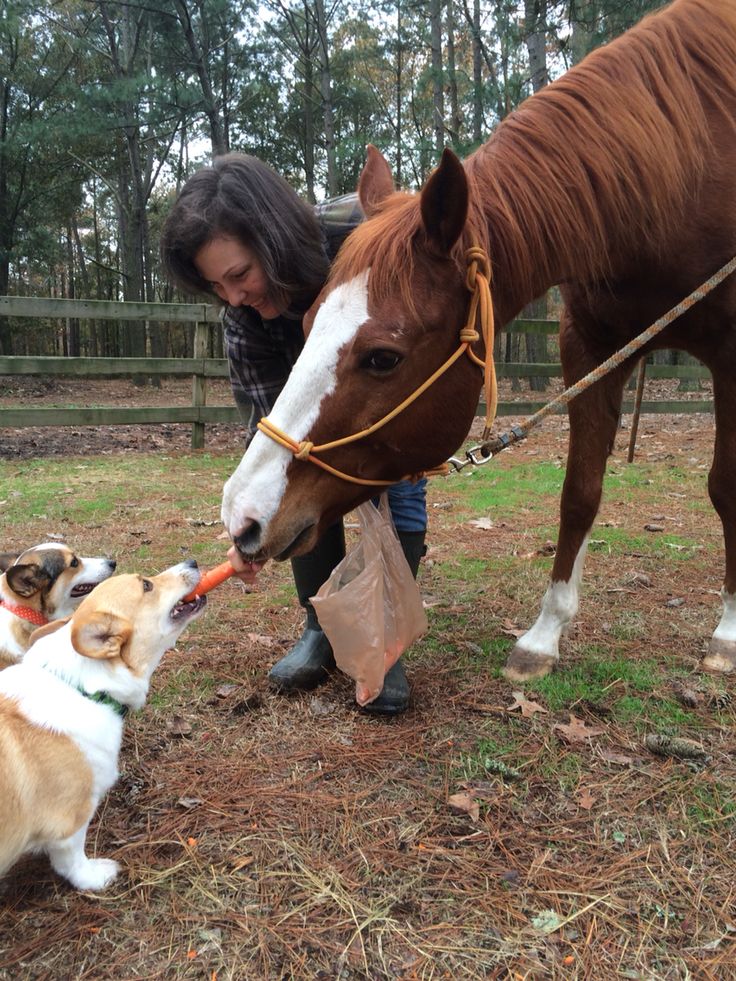 A battle for a carrot

The dog actually looks guilty as fu*k as it stares at the camera while he and Cricket make their escape. I didn’t know that pony-doggo friendships were taboo but this pair certainly seem to think so…

The video quickly went viral which took Ms Schenker by surprise, so much so that she had to place the following update in the description:

“????ATTENTION!!! STOP sending friend request!! I will not be accepting any of the over 500 request I’ve gotten!! I do not know you people!!”

She also had to deal with people claiming that she’d staged the whole thing:

“I DID not put the dog on the pony! Honestly I was pulling in my drive way from going to Mcdonalds when I seen this happening.”

Due to the fact that her Facebook page was being flooded, Ms Schenker has now created a “Cricket and Pals” page so that she can share more funny images and videos of her pony (and so people leave her own Facebook page alone).

Have a gander at this video: it’s bound to put a smile on your dial… 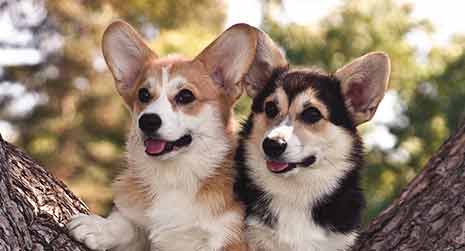 CHECK OUT CRICKET AND DOGGO ON THE PLAYER BELOW: