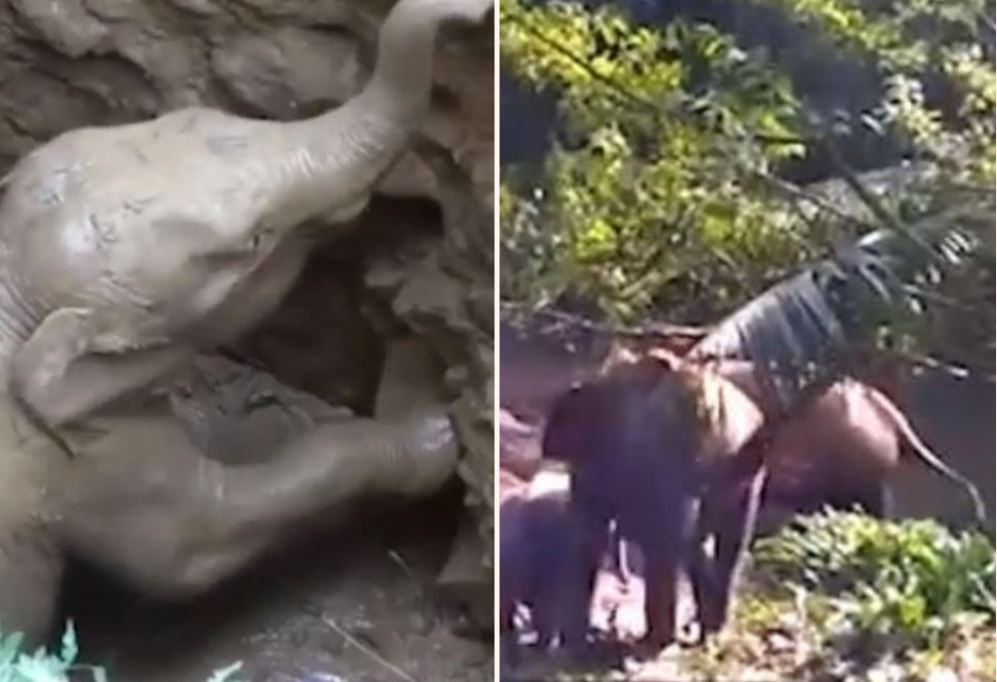 We frequently visit India here at Ozzyman.com.  Unfortunately it’s usually because someone there has done something dumb or, worse, cruel to an animal.  We’re looking at you, people who threw Molotov cocktails at a baby elephant.  Fortunately, today’s video shows villagers being nice to a baby elephant and receiving a nice thanks in return.

It all happened in Kerala in the south-west of the country.  That’s where an adorable little elephant, who I’m dubbing Babar, made a proverbial ‘Timmy’ of itself and fell into a well.  Unfortunately for this bewdiful little creature, there was no Lassie around to help.  Instead it had to wallow in the muddy well and trumpet its distress to anyone in hearing distance. 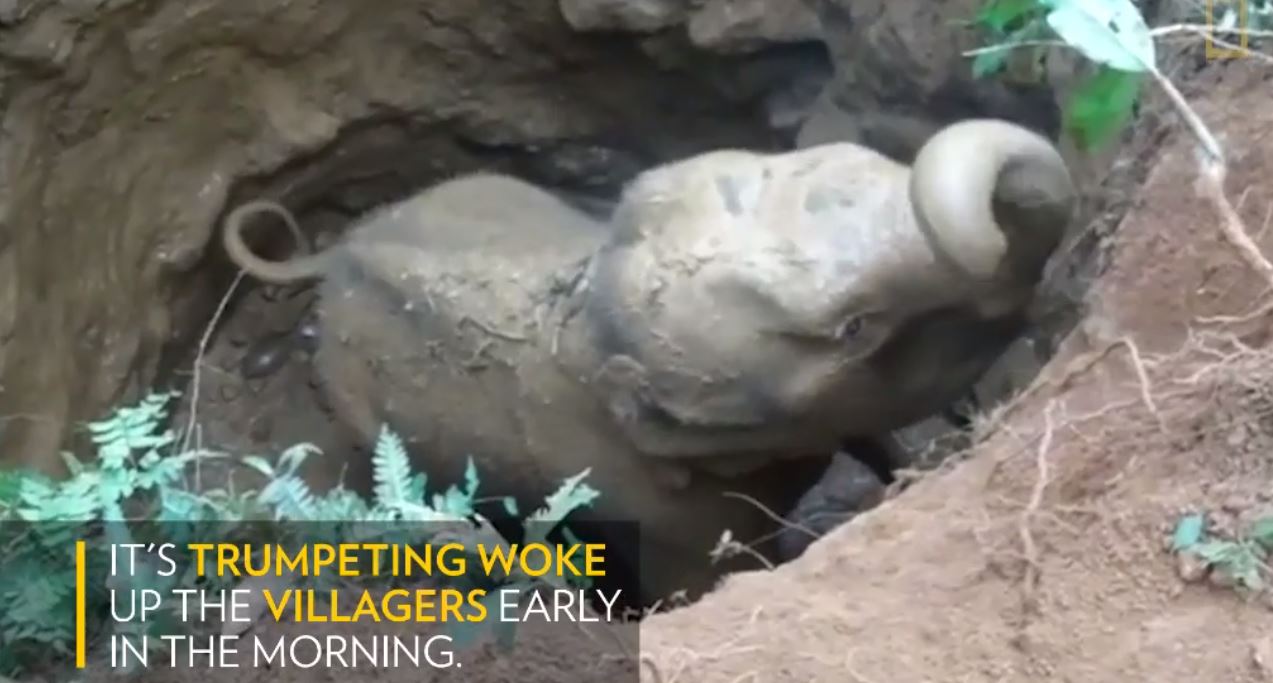 It’s believed the elephant fell down the well while walking with its family. Credit: National Geographic

Thankfully, human help soon arrived.  A crowd of well-wishers gathered and the family of the baby elephant stood nearby.  Suffice it to say theirs was a special blend of hope and fear.  And I think we’ve got to give them some credit for not just stampeding the human help.

With generations of mistrust and dodgy sh** going on between elephants and humans, they were willing to give the humans a chance.  While they must have been scared s**less that the humans were going to airlift Babar to the nearest barbecue, they stood there and watched protectively to make sure there was no funny business.

On this occasion all was good though.  A bloody legend with an excavator strapped on his hero helmet and improvised a ramp for young Babar to escape the well.  Hopefully he hung around to build another well.  The one in the video looks gross as f*** and anyone who would drink out of that after Babar has fear-sh** and p****d himself out in it clearly needs their head read. 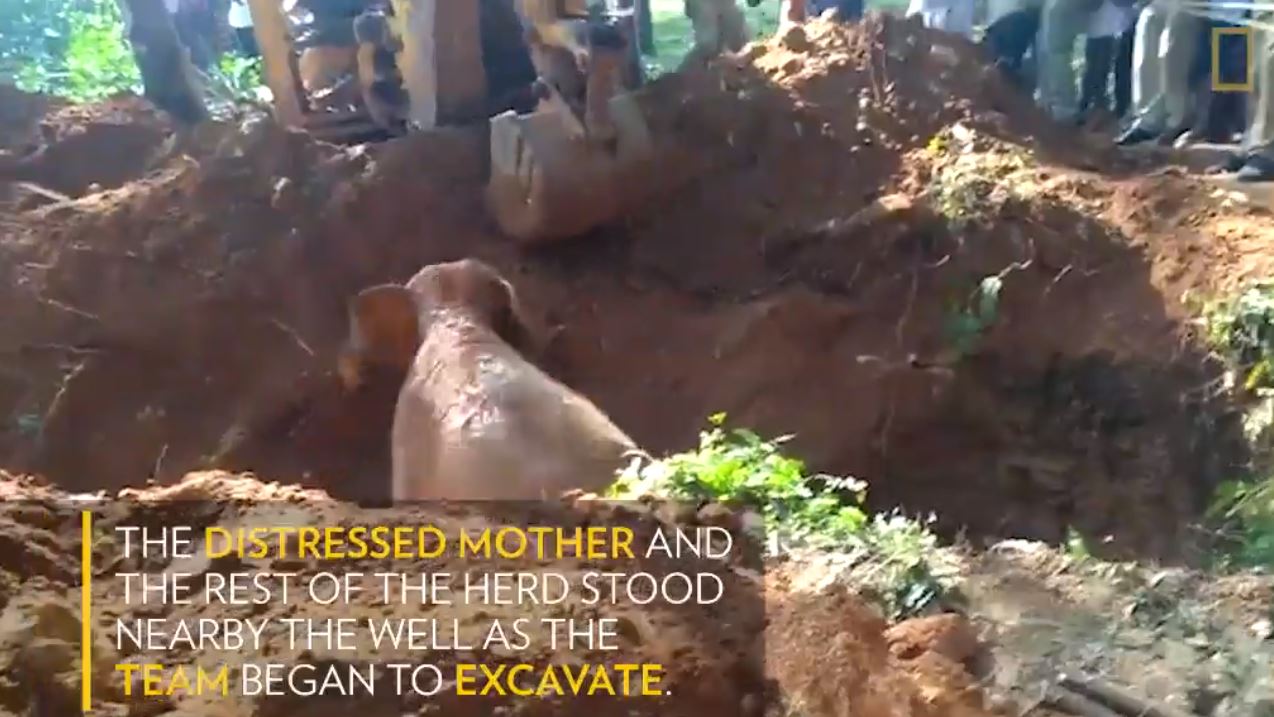 Anyway, Babar gets the hell out of there.  He scrambles across the dirt and the muck and Mum comes running with the rest of the herd.  Babar’s all like, “Thank the great elephant in the sky you’re here.  That was scary as f***!”

In return, Mum was like, “I told you to watch where you were bloody walking, Babar.  It’s a hole big enough for an elephant to fall in.  I love you, but try not to be off with the fairies every time we walk somewhere.”  She gives him a big hug and the humans all cheer. 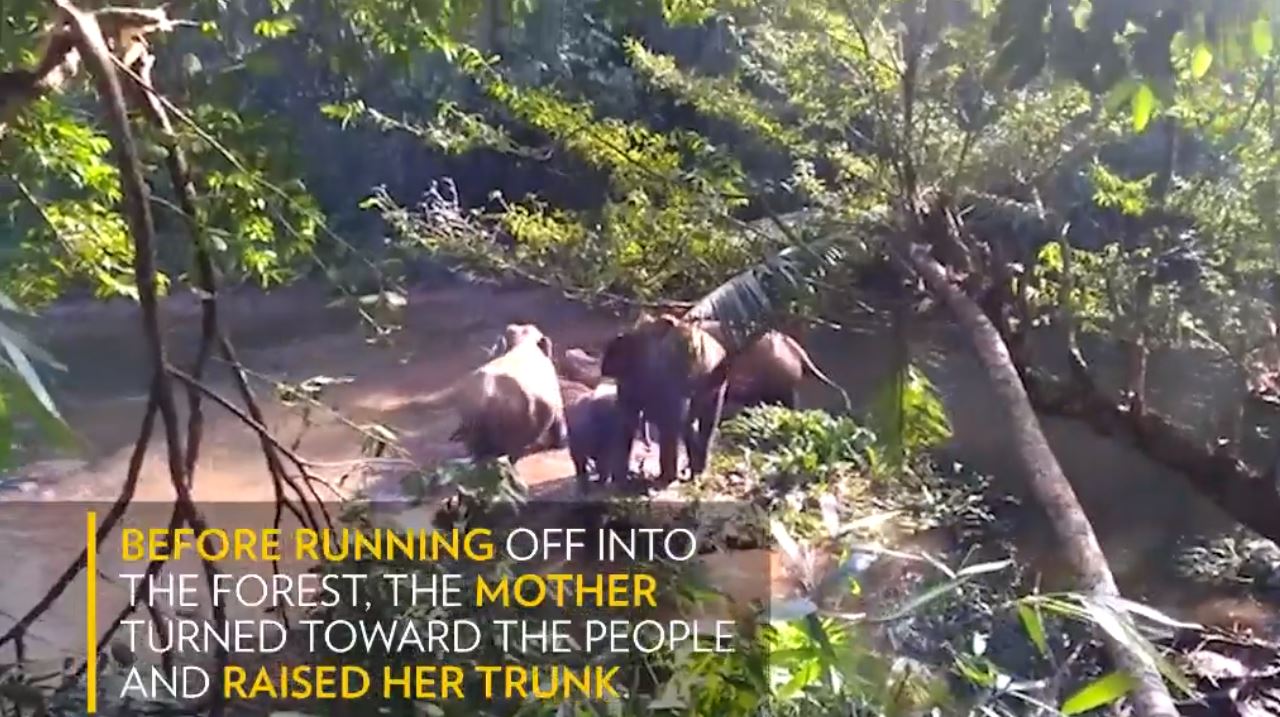 Mum doesn’t forget them either.  She raises her trunk as a salute to them for helping.  The timing probably isn’t right to say, “Next time put a bloody fence around your filthy waterhole or I’ll stomp your shanty-town into dust,” so she doesn’t.

Instead she disappears into the forest to become that legendary elephant who thanked the humans for their efforts to bring peace to the centuries old war between pachyderms and Homo sapiens.  Good on ya, Mum.

Good on ya, excavator guy.