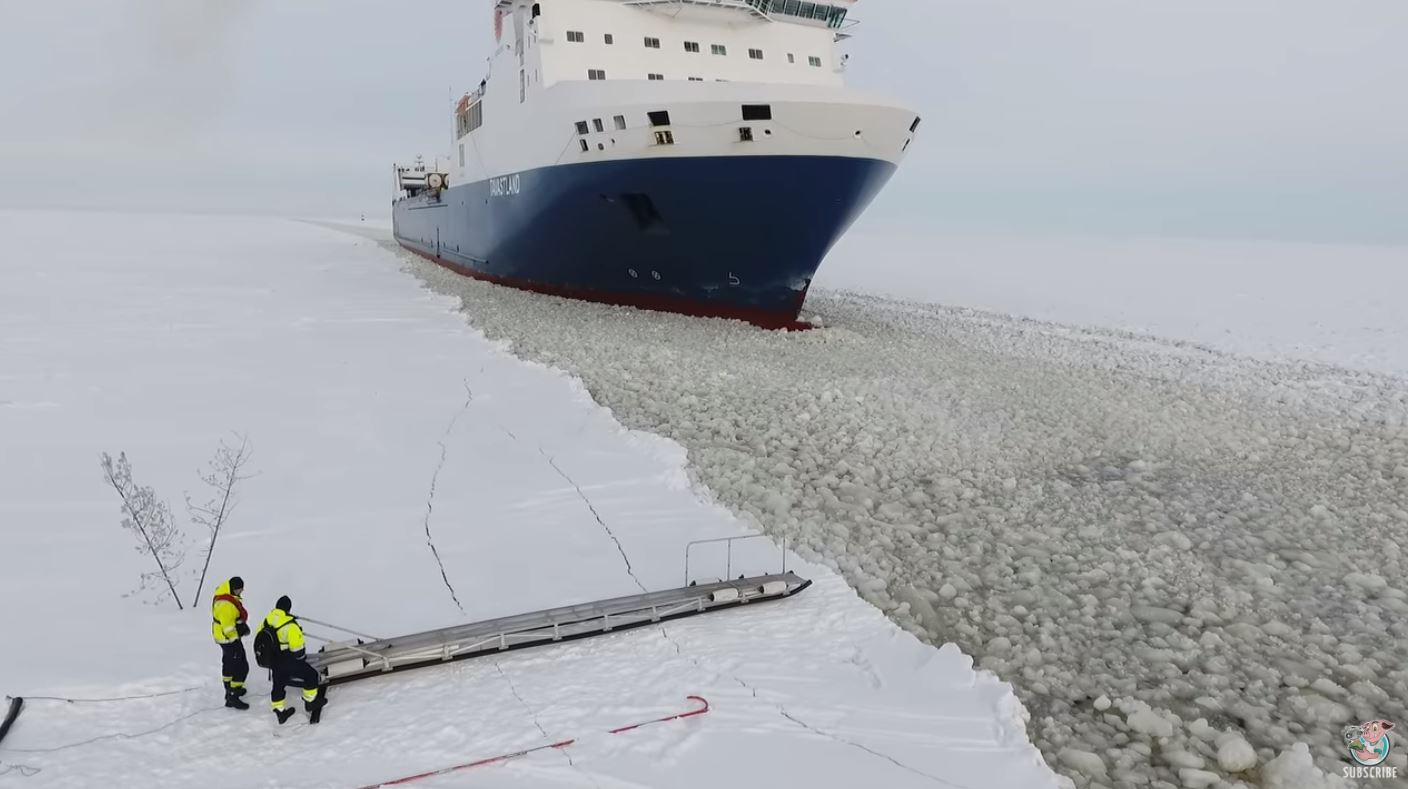 Oi, have you big bloody bewdiful d**kheads ever seen an action movie? Going out on a limb, we reckon you have. We reckon you’ve seen f**ken heaps of ‘em. That’s why we reckon you’ve also seen characters from those movies jumping onto moving vehicles like it’s not really a big deal. Of course, there’s usually some pumping music to beef up the drama, bullets flying and at least one moment where they slip and nearly fall, but you need to see this video. This dude boards a moving ship – and he is cool as a cucumber about it…

For this one we’re travelling to the icy coast of Finland. That’s where we’ll see a Super RORO container vessel travelling through some pretty bloody icy water. As we watch that, we’ll observe the chilled out pilot just casually step onto that moving thing like he’s done it a thousand times. 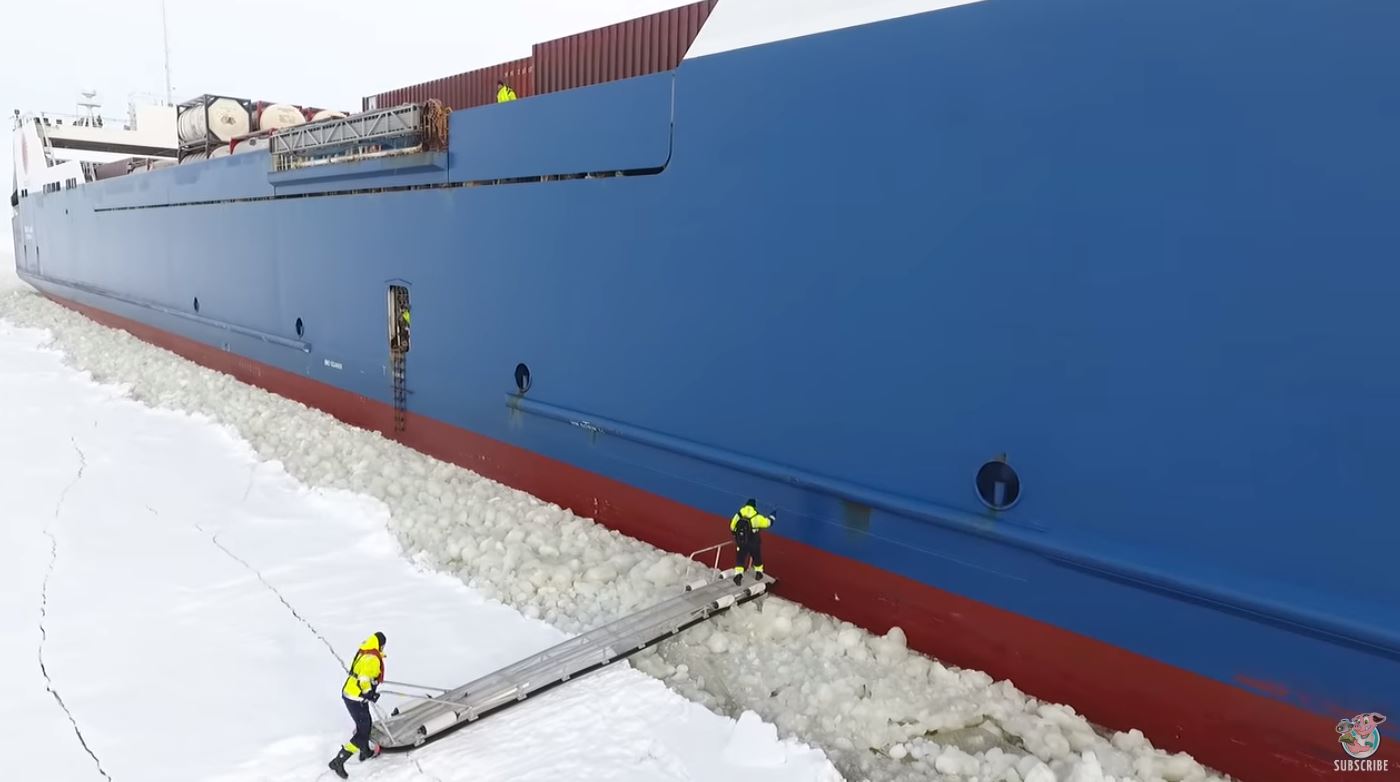 And, we should probably point out that this bloke probably has done this a thousand times. He knows what he’s doing. They’ve got a bloody system and everything. Of course, that doesn’t make it any less impressive. 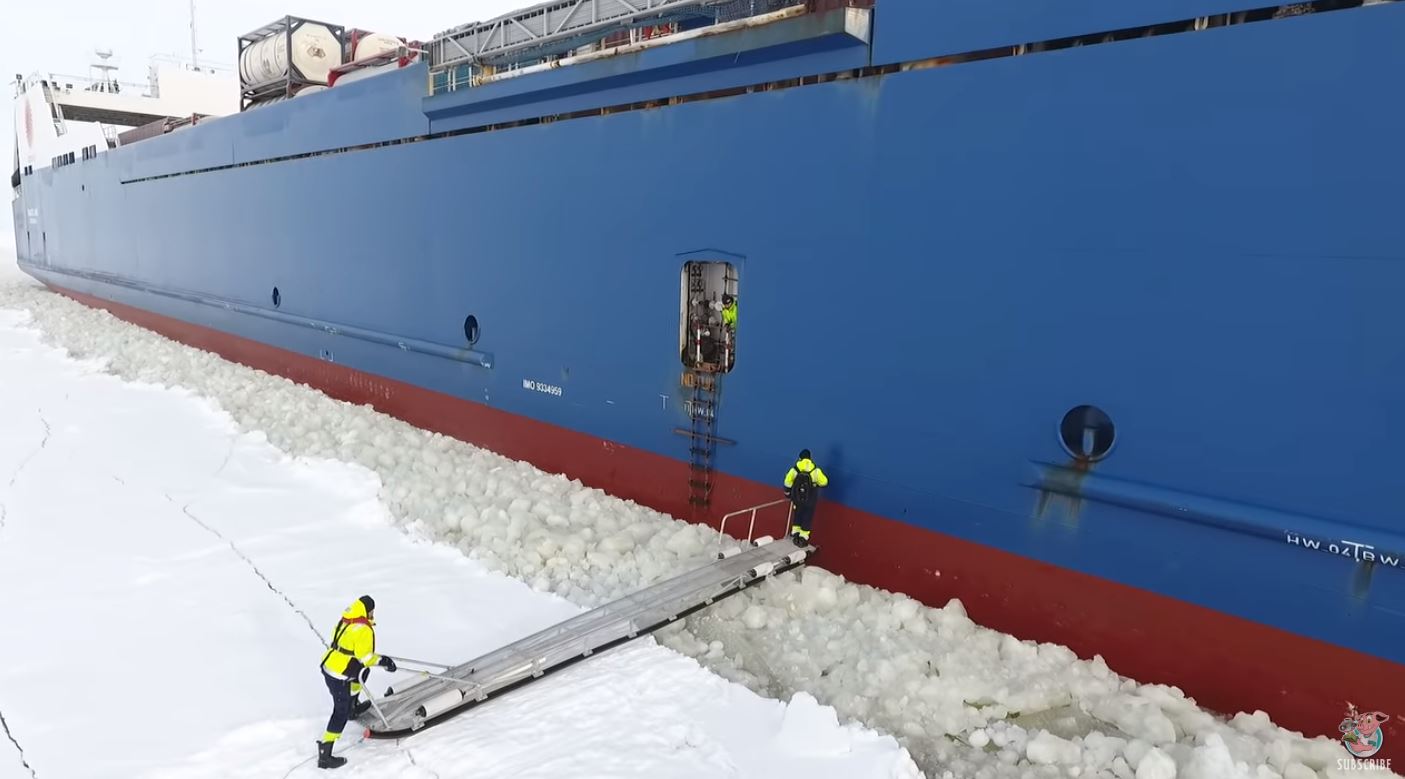 If you’ve ever tried to jump in the car while Mum’s reversing slowly out of the driveway, you’ll know it’s a bit bloody harder than it looks. And if Dad’s driving, you can forget it! You just know that prick’s gonna slam on the breaks so you do end up wearing that door. And how could we forget all the tremendous f**k-ups the In My Feelings Challenge brought us. Yeah, nah, getting into moving vehicles is harder than it looks. 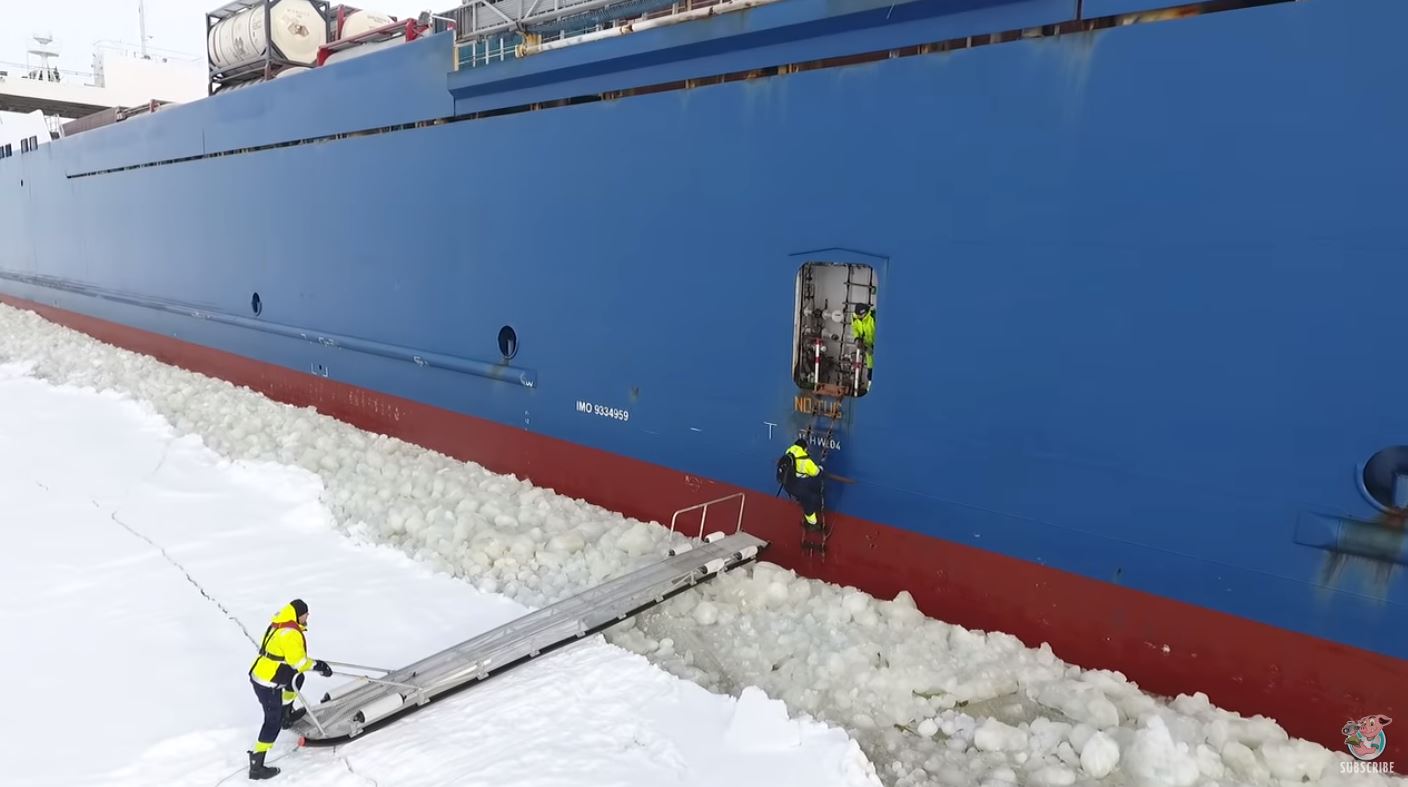 Unless you’re this bloke. He’s just like, “Yeah, push me out a bit on this f**ken plank and let’s hope I don’t make like an untrustworthy pirate and end up going over the edge. That’d be really s**t.” But, er, yeah, nah, there’s no Destination F**ked in this one. He makes it clean. He just hops in like a f**ken pro. 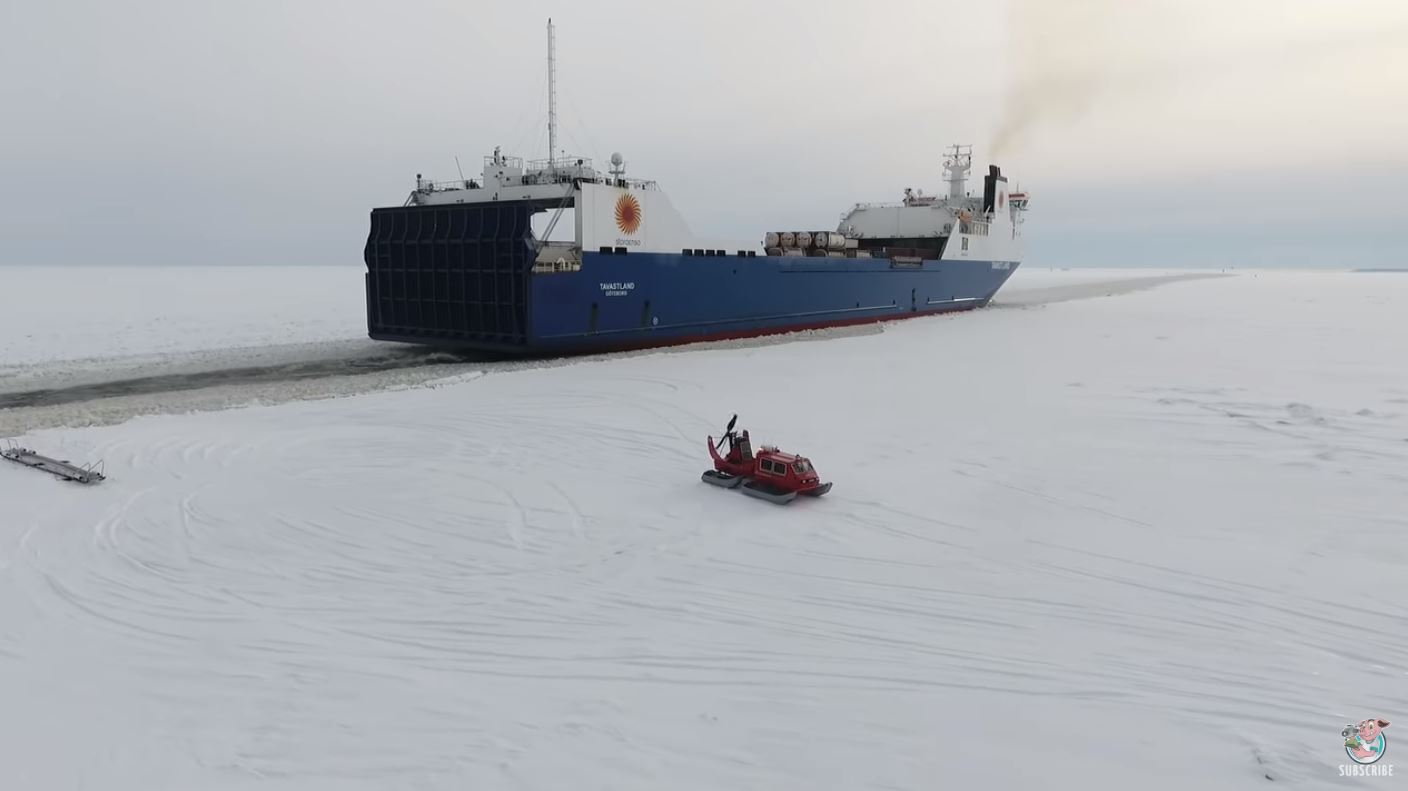 Final thought: Let’s not beat around the bush. This is clearly something that happens a lot, but it’s still pretty f**ken rad to have a look at some of the cool systems we’ve developed over time to ensure maximum efficiency. That’s the shit that separates us from the animals. F**k we’re good.