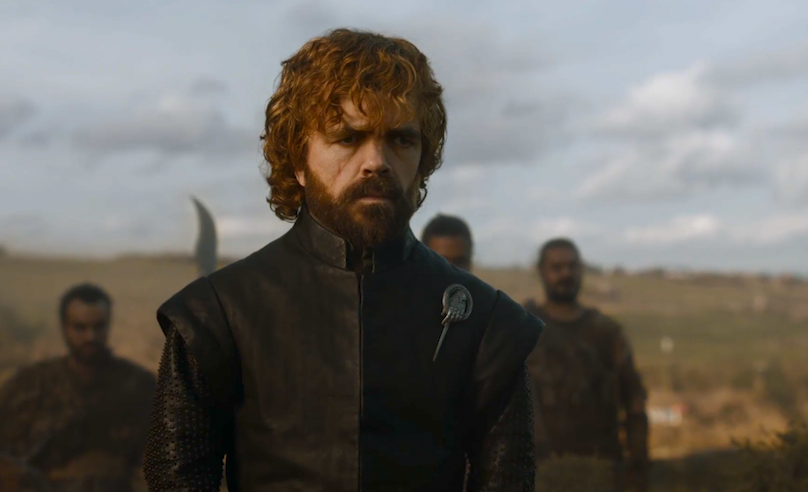 Crikey INFINITE! Those of you who know me well would know my stiffy was activated big time in this episode.

The calm before the storm is officially over.

The dragons have been unleashed and I would hate to have been a meandering Lannister foot soldier. One minute you’re like “this was quite a successful mission hey everyone? Pub?” Aaaand the next minute you’re a flamin’ kebab. The minute after that you’re ash. Bugger that.

This episode was titled “The Spoils of War” and I’m struggling to see any genuine spoils for anyone. War is a mess. Although Dany technically gets a point on the scoreboard for her team, there’s gonna be a lot of triggered people around who remembered why the Targaryen’s had to go away in the first place…those terrifying dragons! This could all get messier and messier.

How many folks had trouble picking a side?

Dany, Tyrion, Bronn, Jaime all running around on a battlefield. Ed Sheeran probably got sent to Destination F#%Ked in there somewhere.

Anyhow, I’ll quit blabbering like a mad man. That episode got the adrenaline pumping and the moral conscience working overtime.

My review video is below ya legends!

Am I overthinking war? Or are there more of you out there who feel the same way? Picking a side is F**KED. I can’t pick a side here and fanatically support it. Is it exciting for a TV show to end with people installing a democratic system? A climax or third act in which the Westerosi civilians will simply get to…cast a vote? Would a voting system stop powerful people from taking power anyways? You see what I’m dealing with here? I think I should take a chill pill.

There are loads of other scenes from that episode to discuss as well. Littlefinger and Bran are two of the most intriguing characters right now, so it was great to see them in the same room. Bran quoting Littlefinger from Season 3, Episode 6 “Chaos is a Ladder” was a thing of beauty. Well played, Branno.

I feel bad for Meera losing Bran as a friend. And we probably gotta give MVP of the week to Bronn for that hit on Drogon (and laughing in Dickon’s face over his name).

Let me know what your favourite moments were!!

Have a good one you fair dinkim pack of lovely d*ckheads.