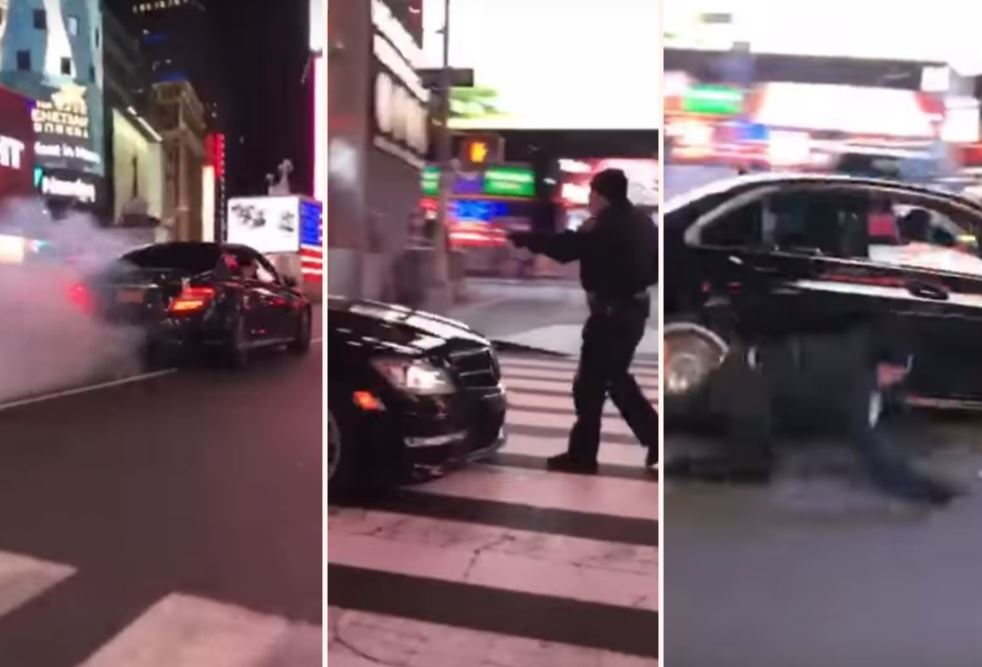 Some things have to be seen to be believed.  Like the crazy events featured in this insane viral video.  Watch it to see what happens when a New York cop tries to stop the reckless driver of a black AMG…

You know, the saying ‘drive it like you stole it’ should only really apply when you’re either playing videogames, bush-bashing or on a race-course.  Those three scenarios are pretty much the only time – unless of course you actually stole the car, in which case, by all means drive it like you did, in fact, steal it. 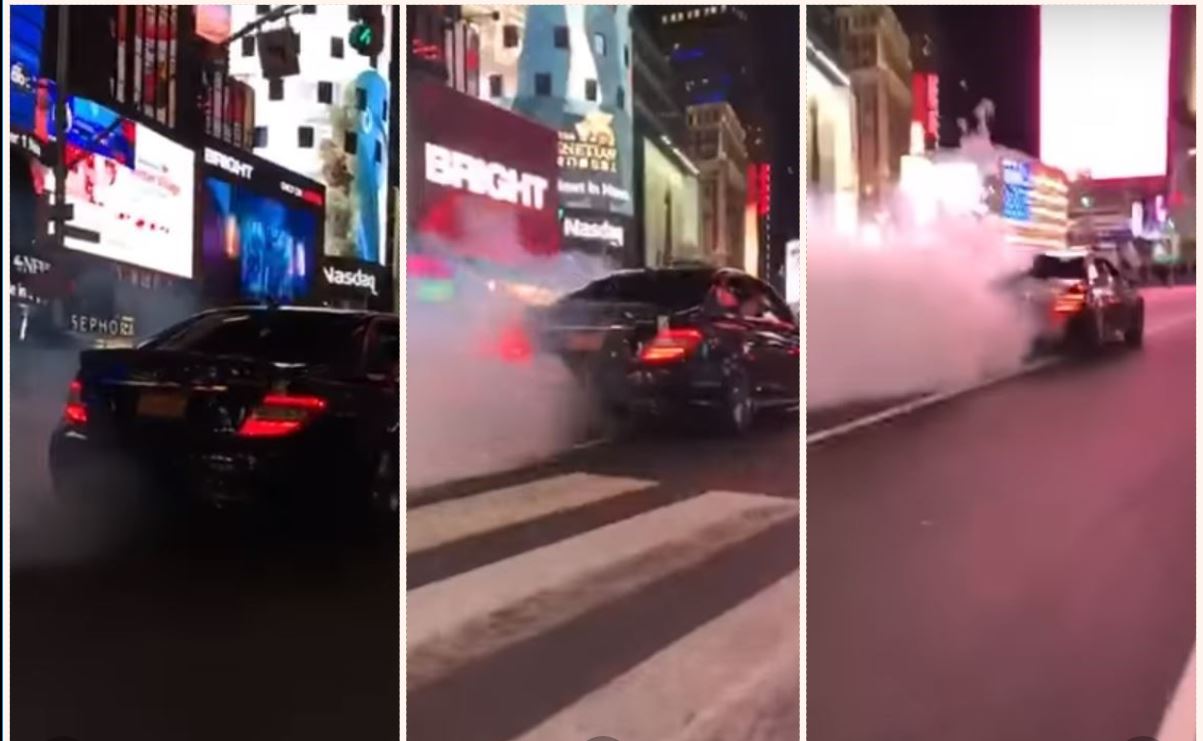 It all begins with this traffic infringement. Credit: ViralHog/Kiefer Dixon

Some people though, they treat real life like a game of Grand Theft Auto.  They steal cars, do fully sick burnouts, side-swipe other vehicles and f***ing run down cops.

These people are nuts.  And one of them features in the video you can watch at the bottom of the screen.  I’m a pretty basic guy and I’ve never stolen a car – and of course it’s only an assumption that the car in the video is actually stolen – but I can’t fathom making the plunge from well, they’ve caught me stealing, may as well run over a cop and potentially kill him. 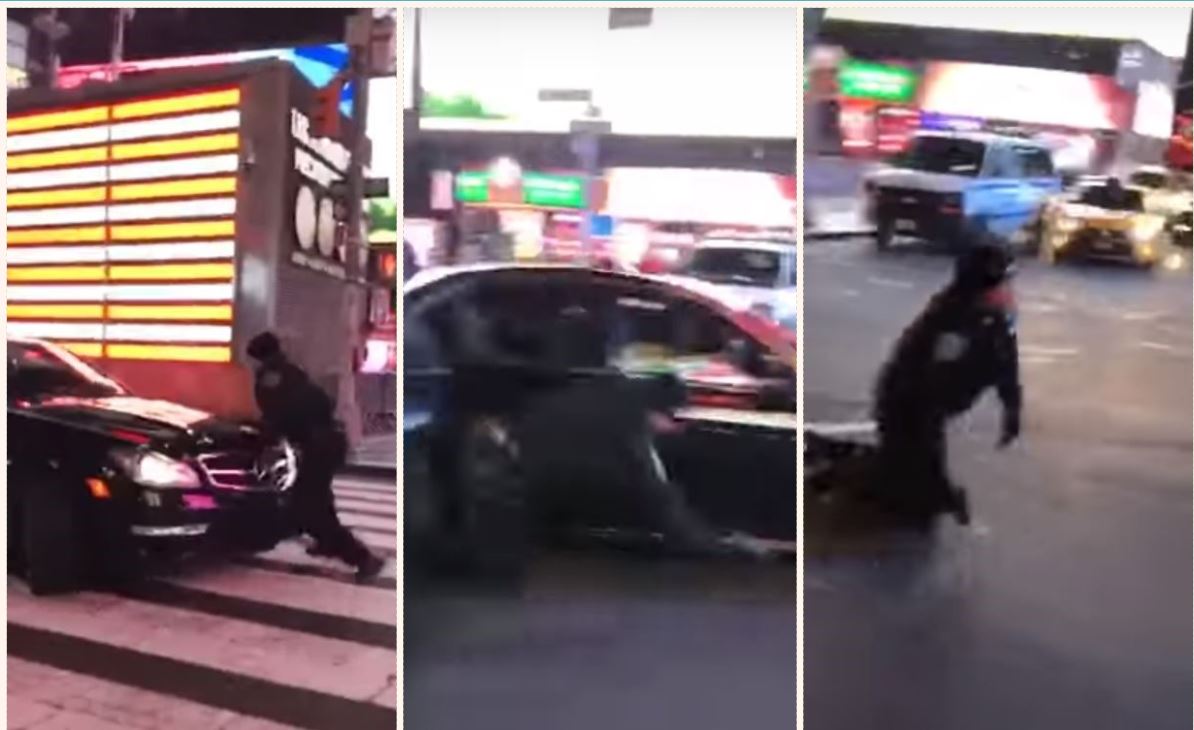 The brave cop tries to stop the reckless driver but is sent sprawling to the ground. Credit: ViralHog/Kiefer Dixon

On the other side of the coin, I also can’t fathom being the cop who stands in front of the guy when he makes it pretty bloody obvious what he’s going to do.  Well, I’ve been hitting the gym, I can probably hold him up until reinforcements get here.

Once he skittles the cop, he sideswipes a bunch of cars in traffic to escape the chasing police and gets clean away.

In the aftermath, police have released a statement.  They’re using this video as evidence in their investigation and the cop is receiving treatment for injuries in Mt Sinai hospital. 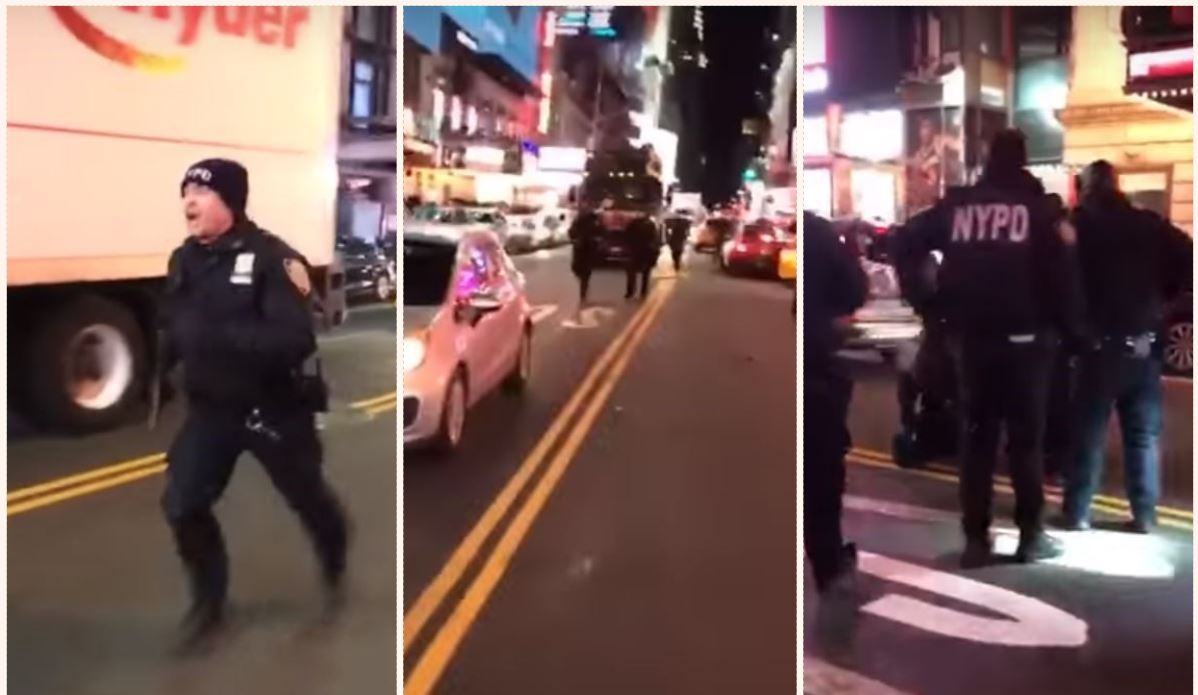 Despite his injuries the tough b*****d gives chase but is left behind while police can only look on. Credit: ViralHog/Kiefer Dixon

Apparently, he’s suffered injuries to his back and legs.  Fortunately his gigantic balls of steel remain seemingly unharmed.

You can watch the video here: