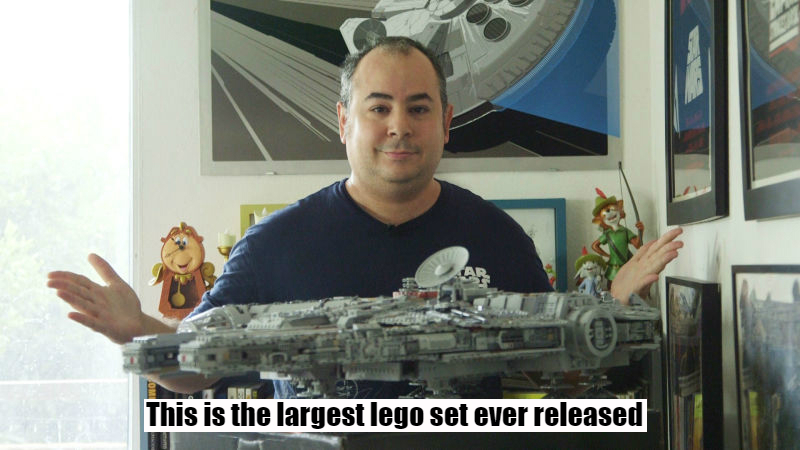 Where would the world be without manchildren? Well, it’d probably be in the same place it is now, but it’d have to be a bit less magical wouldn’t it? It’d be a bit less nerdy, a bit less entertaining, a bit less happy.

Take this guy, Germain Lussier as an example. Unfazed by the expensive as f*** price tag on Lego’s new Star Wars Millenium Falcon set, the big kid with the big toys has filmed himself building the huge – and intricate – model, and put it online for everyone to see.

With over seven thousand pieces of Lego in this set, it’s going to take someone with a great deal of patience to build it. Lego reckon that building it in fifteen hours would be a really quick build.  Lussier, in his video, spent thirty-four hours putting it together. 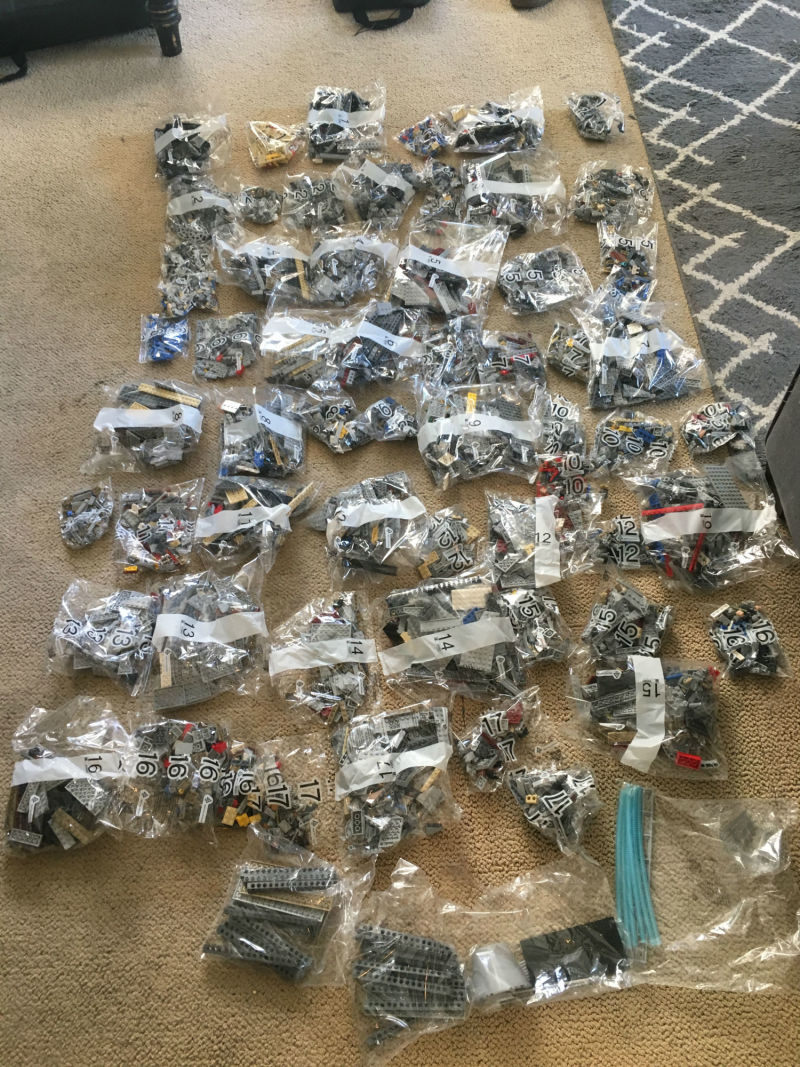 He set up two go-pros and in a sanity-saving move, didn’t attempt it all in one sitting.  Apparently he even went to work between building shifts. Probably a smart idea considering he had to spend over 800 US dollars to buy the bloody thing.  No word on whether that build time includes reading the instruction manual, but with 500 pages, that thing is bloody huge of its own accord. 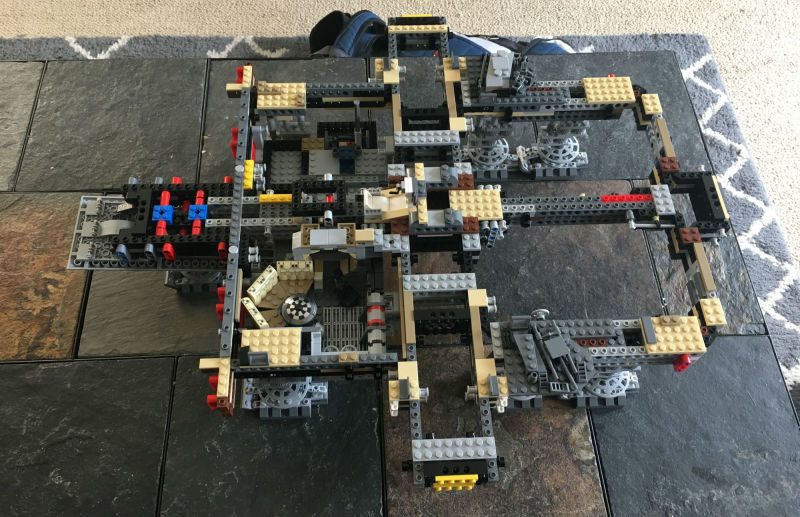 During the build. Credit: Germain Lussier/Gizmodo

Anyway, by the time he’s done, you have to say that it looks pretty impressive.  You sure as hell wouldn’t want to chuck the bloody thing straight back in the toy box when you were done with it though.

Lussier reckons the most frustrating thing about the build is finding you’ve missed a part a few sets back or have made a mistake in the build that needs to be fixed.  Of course, there’s also the random parts that fall of as you go. 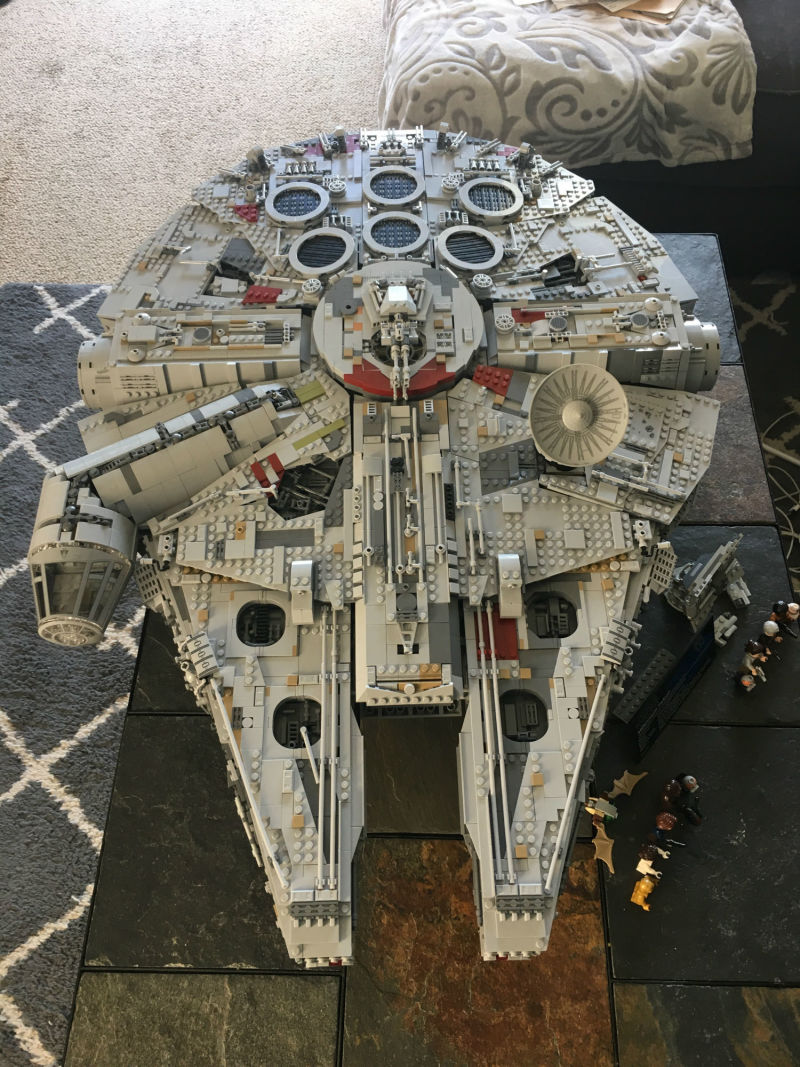 I don’t know about you, but I would lose my f*****g mind if I realised that I’d missed a bit or pieces started falling off as I was building. In that case I think I’d be less of a manchild and more of a squawling manbaby throwing my toys out of the pram.