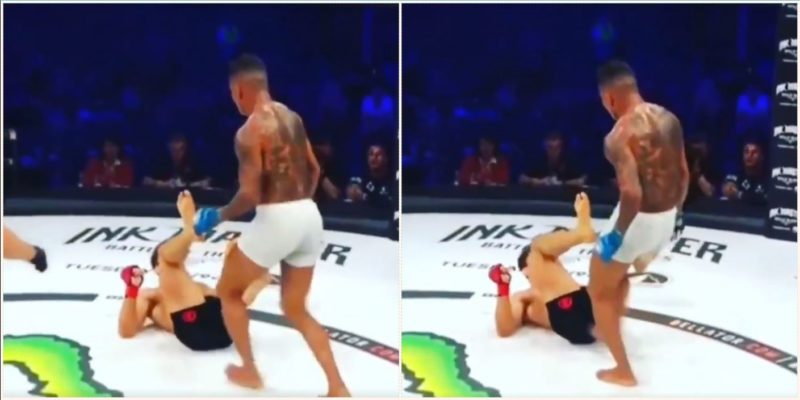 Bloke in MMA fight gets penalized for illegal ‘butthole’ kick

You know, to those of you who don’t really follow the sport, MMA can look like a complete no-holds-barred free-for-all. And, to be fair, we get that. The sport pits competitors against each other in gladiatorial combat and when those competitors are punching each other in the friggen head it can look like there’s not much in the rulebook. Funnily enough, it turns out that there is actually a strict set of rules and fighter Jorge Kanella just tainted his name by breaking them.

In the footage you’ll see below, you’ll get to witness a snippet of a recent fight between Kanella and Alfie Davis.

Now, Davis was announced the winner of this fight, but the main talking point came when Kanella toe-punted Davis illegally.

No Can Defend. @BellatorMMA @DAZN_USA

At first glance, it looks like Kanella catches Davis where the sun don’t shine. Seriously, if you’d only watched that snippet alone, you’d be forgiven for thinking the Brazilian left the match with stinky feet. And, that’d make sense, he had points deducted for kicking Davis in the dirtbox. 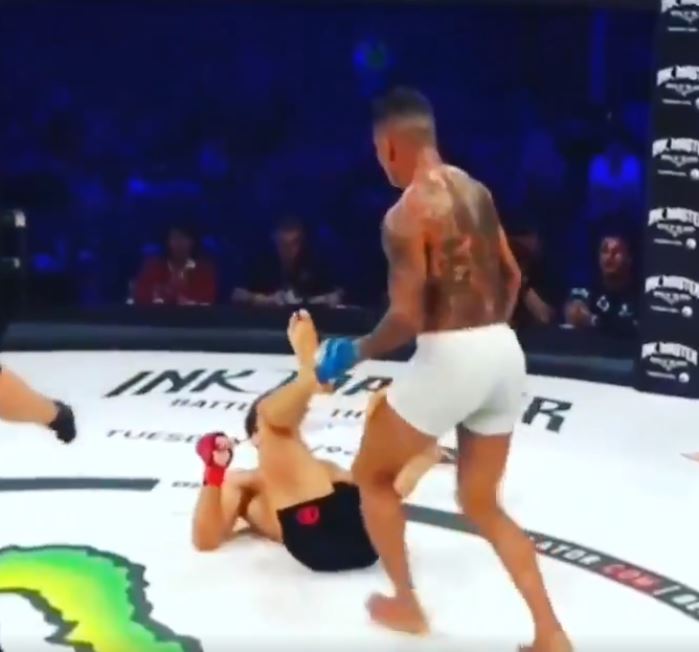 According to Davis’s post-fight interview, though, it wasn’t his turd cutter at all. Yeah, nah, it wasn’t even his rusty sheriff’s badge, his chocolate lips or his sarlacc pit. Nope, it was his gooch. Just check out Davis’s hilarious comments for clarification.

“It was like, the bum, right at the bottom of the balls. If you’re standing up with someone on the floor, you do not go straight line like that. You’re never taught that because it’s a foul. … It slid up. So when I stood up, it was right in the gooch. Sorry, I didn’t mean to use that term.” 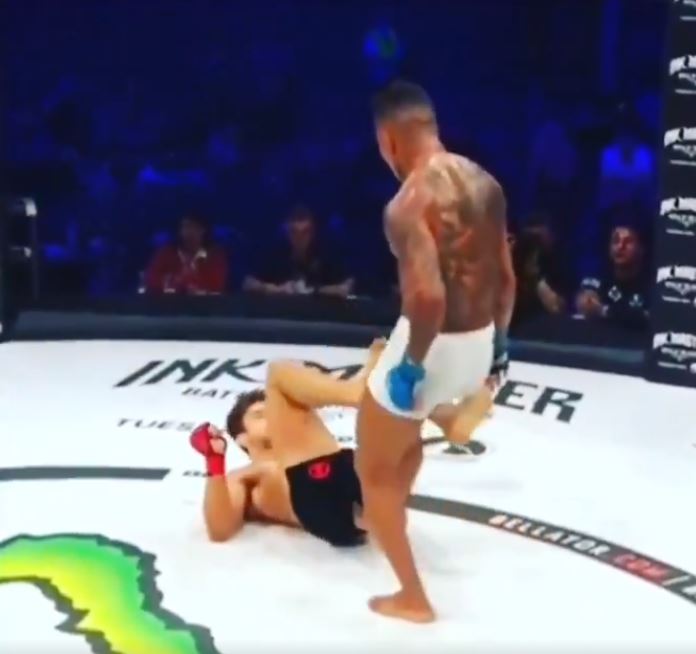 After apologising for his terminology, Davis decides just to keep plugging away. “It’s normally pleasurable for a man, isn’t it? The gooch.

We all enjoy the gooch, but not when you’re getting kicked straight in it.”

Kanella, though, isn’t having it. He’s maintaining that it was all a ruse and he did kick Davis in the arse. That, he says, is allowed. “I kicked his butt, and that’s normal. That’s not illegal. If you watch the video, I didn’t kick him where he says it was. Watch the video, I kicked his butt. He was faking it to get a point deducted, and it worked.” 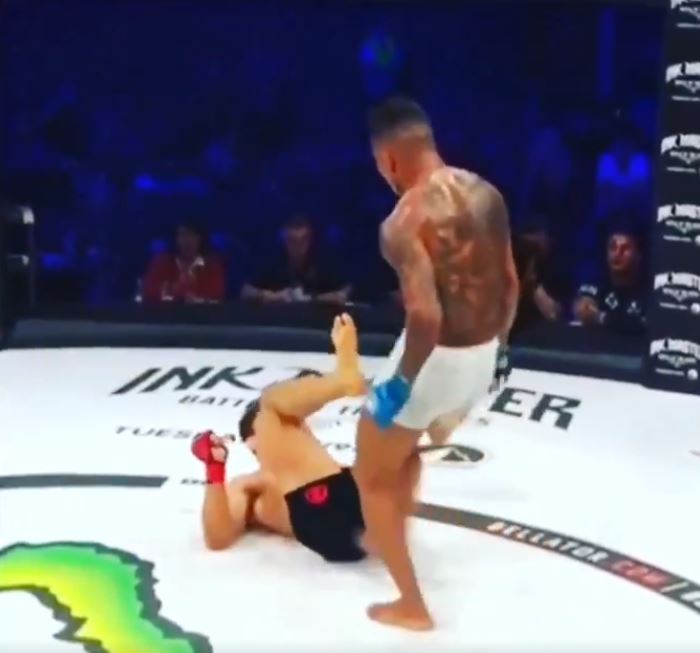 Final thought: Look, we’re not really sure about the truth of the matter, but we do know that we’re not really keen on inspecting the wounds – or sniffing Kanella’s toe – to find out. Why don’t you let us know what you think. You know the drill. Put your opinion in the comments. Cheers, ya legends.