Sanders and Cohen in the role of Billy Wayne Ruddick. Credit: Showtime

Sacha Baron Cohen, the mastermind of classic shows like Ali G and movies like Borat and Bruno, has just launched a new show. In typical fashion, it sees the infamous character actor get dressed up and troll the sh*t out of people. In this clip from Who is America’s premiere, Cohen assumes the role of Billy Wayne Ruddick and has a little chat with US Politician, Bernie Sanders…

If you’re even slightly familiar with Cohen’s body of work, you’re no doubt well aware that he loves to take the absolute piss out of people. With four alter-egos to choose from in Who is America, Cohen is able to maximise his chances when it comes to doing just that.

Sanders and Cohen in the role of Billy Wayne Ruddick. Credit: Showtime

For his interview with Sanders, he assumed the role of Billy Wayne Ruddick. Ruddick is a big fat far-right conspiracy theorist and ‘citizen journalist’ who publishes on the website Truthbrary.org. And seriously, once you’re done checking out the video below, have a f**ken look at that website. It actually exists and it is bloody golden!

Sanders pulling a face that definitely doesn’t suggest ‘what the f**k?’ Credit: Showtime

Anyway, during his interview with Sanders, Ruddick quizzes the former Presidential candidate on the idea of the 1%. Much to Sanders’ chagrin, Ruddick does not have a clue. In style reminiscent of the best of Ali G, Cohen drives home Ruddick’s complete failure to comprehend the basic maths behind the 1% and suggests we ‘just move the other 99% into the 1%’. 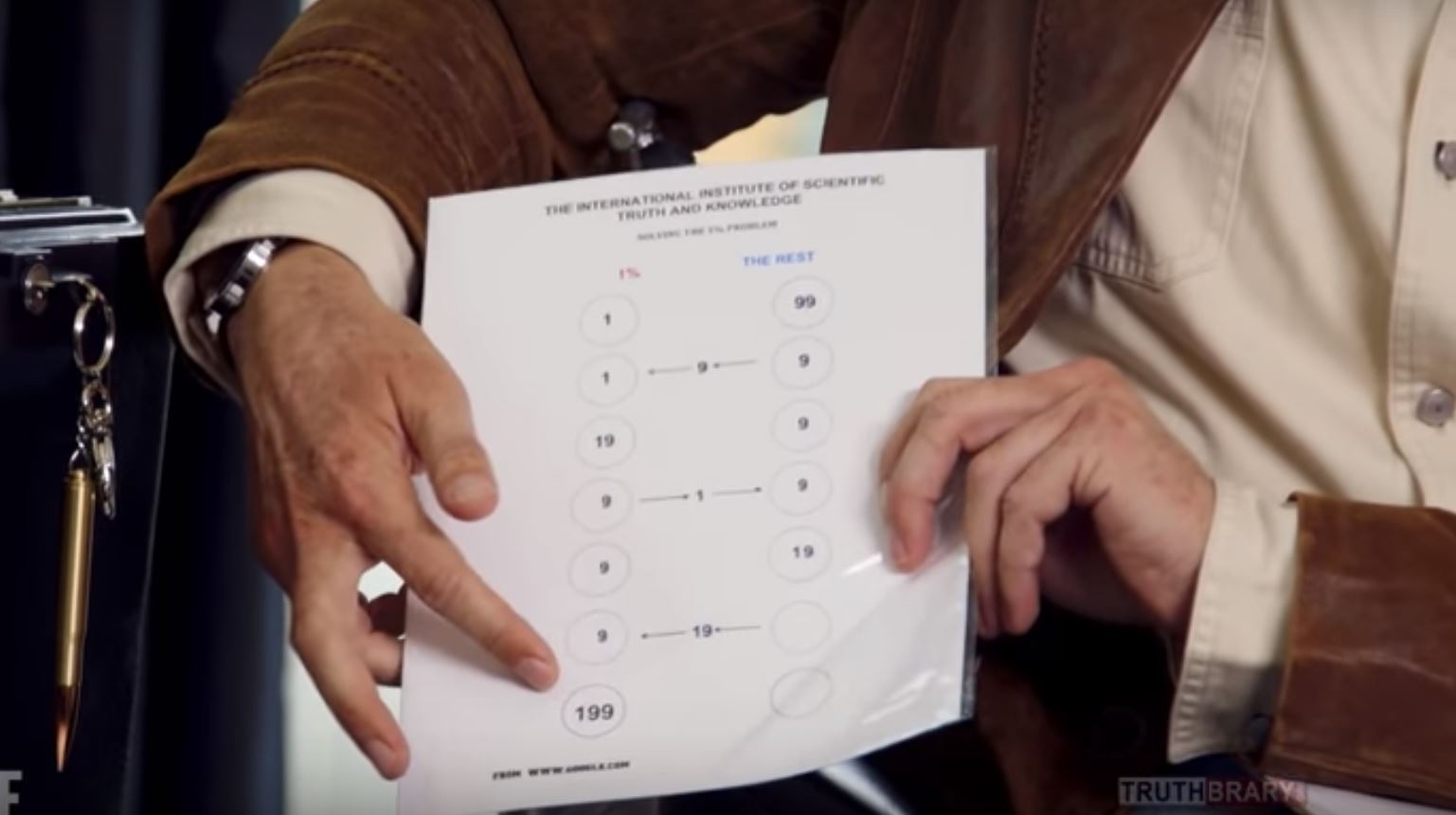 To his credit, Sanders is incredibly patient with the character (who, he believes is a real journalist). Having said that, watch his face as the interview goes on. You can see he’s a good bloke and he’s trying to give Cohen’s farcical Ruddick the benefit of the bloody doubt in what is a trying-as-f**k situation.

If you’ve got a mate who’s about as smart as a box of hammers and you’ve had to explain basic concepts to them, you’ll feel Sanders’ pain here. Anyway, have a watch. It’s bloody worth it.

“Am I dumber for having heard that?” Credit: Showtime

Final thought: we all know Cohen is a bloody master of this sh*t, but it’s great to see him back on the television trolling the f**k out of all and sundry. Do yourself a favour and check it out.

Back when Shrek first hit the screens, it blew minds with its clever-as-f**k fracturing of everyone’s favourite fairy tales, spot-on humour and kick-ass story. Deadset, this one pretty much broke the mould for CGI mov...

Despite the fact we’ve just had an election here in Ozzyland, conservative states in the US are peeling back women’s rights, and Libya is descending into war, the biggest news of the last week was undoubtedly the fina...