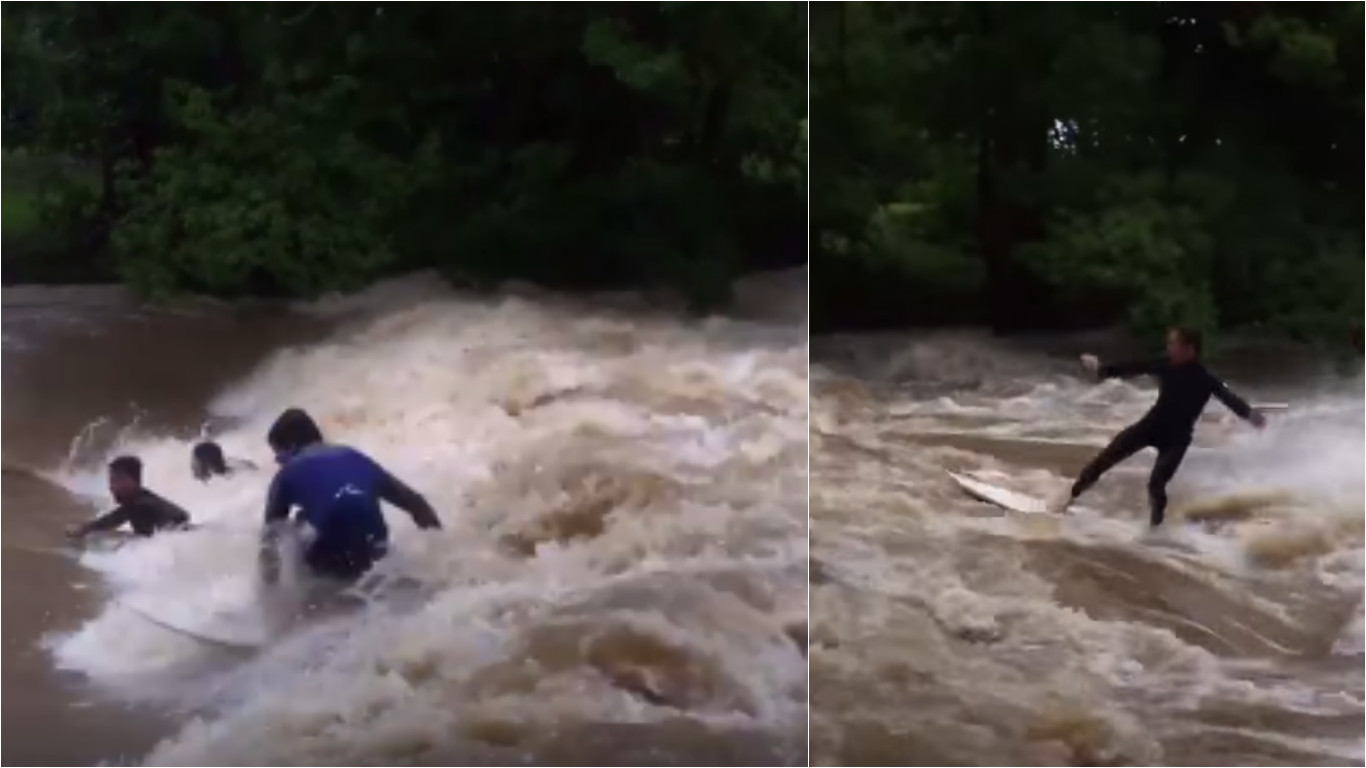 Currently in South East Queensland, Australia it’s been raining a heap thanks to Cyclone Debbie. It’s brought a f*cking heap of rain and there has been some flash flooding, causing some widespread panic (well except for the guys below).

One chance on TV… its your moment mate, make your family, friends and town proud… ???? #CycloneDebbie pic.twitter.com/G9xeooh6nZ

“I’ve finally met Debbie. I’ve heard about Debbie doing other things [reference to Debbie does Dallas], but now she’s giving Bowen a blow job,” a Bowen local managed to say before the reporter yanked his microphone away from his face and tried to pretend that the interview didn’t happen.

The sites you see from your car window on a rainy day in Brisbane … #thisisqueensland ? pic.twitter.com/Hdxoo85uwn

To some people however, a warning that states there are rapid moving waters flooding every second street just spells opportunity. And for people in Australia, if you’re seeking thrills don’t have to look further than your local park in some cases. 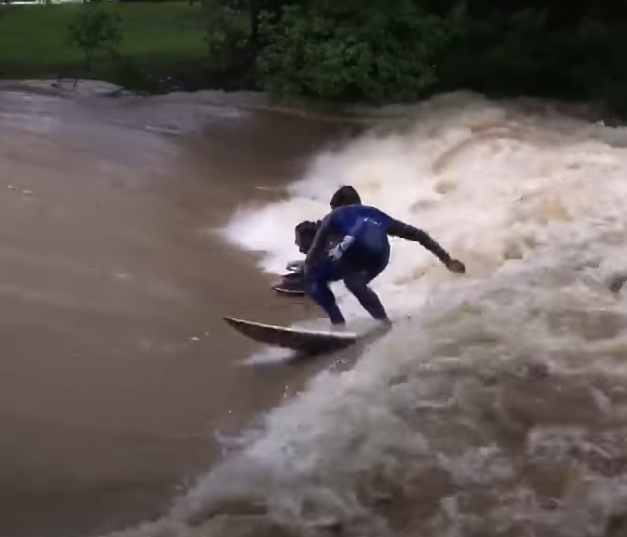 In the video below you can see people surfing in raging flood waters. Now these are the same flood waters that you have seen people are swept away and DIE in. This isn’t a kiddie pool folks. These waters are going FAST. 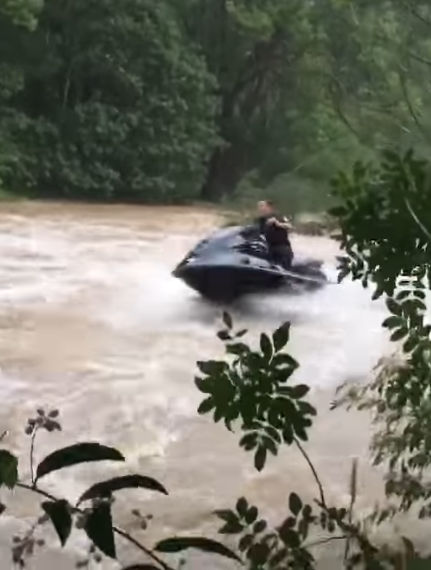 Now not only are they surfing these trecherous flood waters, they are getting pulled into the wave via a jetski! Now let that sink in for a second. They cannot reach these waves normally, so they think: “Let’s risk more people and expensive equipment in order to reach a deadly wave.”

The video also has some ocker commentary as a sweet bonus.

And the full unedited version here: