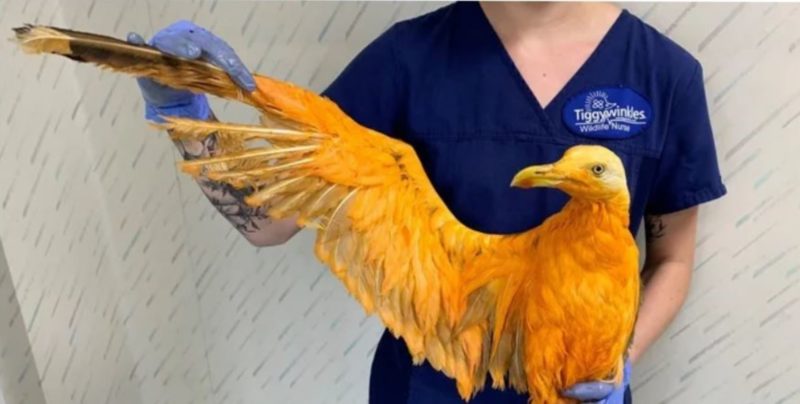 What’s the first thing that pops into your mind when someone mentions the phrase ‘exotic bird’? Obviously, a few of you will be thinking about things like toucans and macaws, while some of you will be thinking about sheilas from far-away shores. What you probably won’t be thinking of is the humble seagull. Yeah, nah. They might be pretty well-known and they might hang out in some pretty picturesque locations, but no one’s gonna accuse a seagull of being exotic. Or are they?

Well, yeah, obviously they are. That’s quite literally what this story’s about. Apparently, this seagull was taken into the Tiggywinkles Wildlife Hospital in Buckinghamshire. Due to the fact this thing’s so bloody orange it looks like a grade 12 girl on the night of her formal, you can probably forgive the pommy buggers who thought it was a fancier kind of bird. 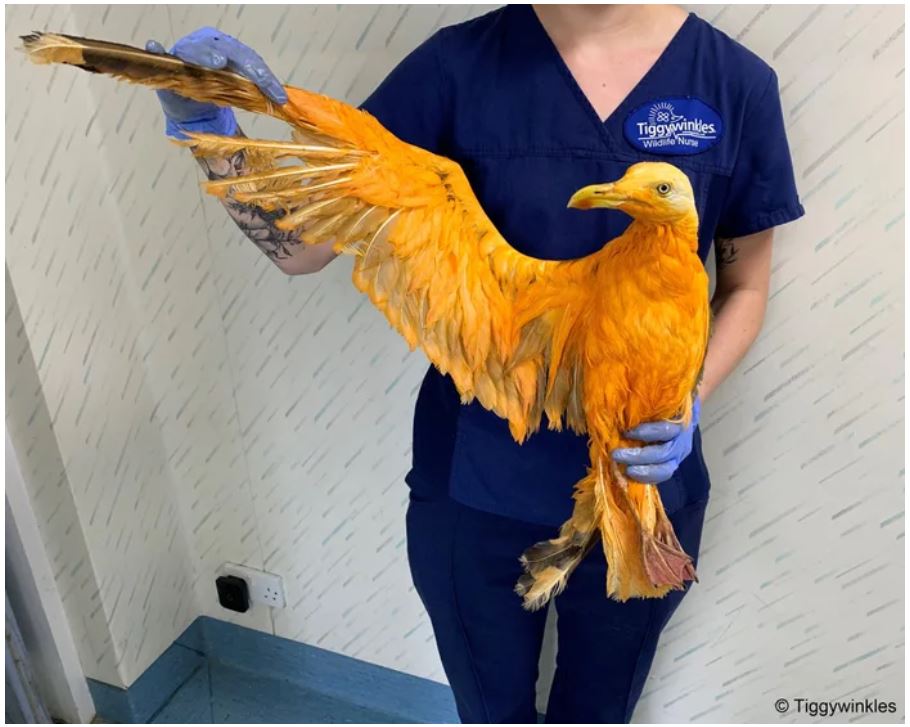 Don’t let us ramble on, though. Tiggywinkles have posted all the information you need and we can let them tell you: 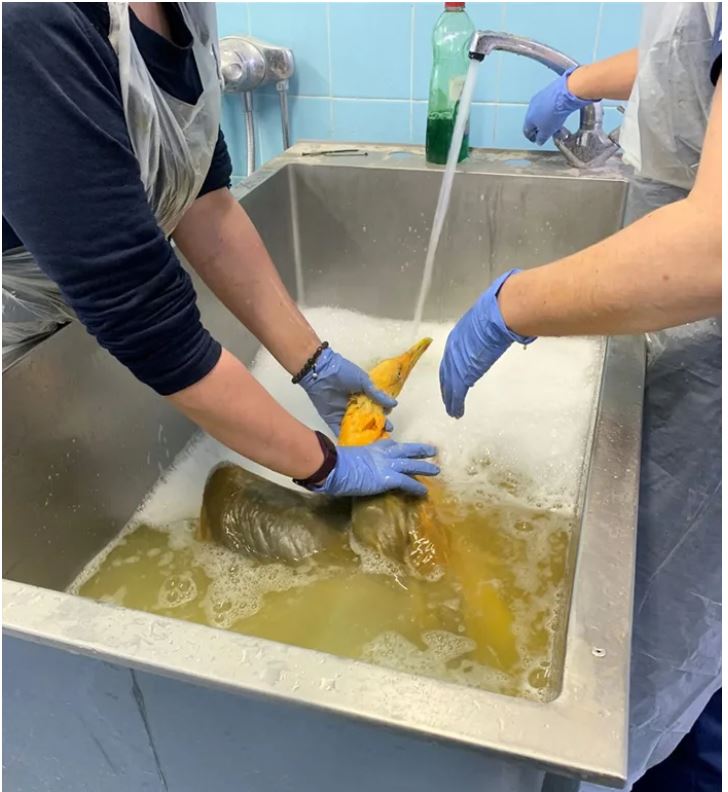 “This is one of the strangest casualty circumstances we have seen in a while! This bright-orange herring gull was rescued by kind members of the public who spotted him at the side of the A41. When they called to say they had picked up an orange bird, we had no idea what to expect – and would never have guessed at this!

He had somehow gotten himself covered in curry or turmeric! It was all over his feathers, preventing him from flying properly. We have no idea how he got into this predicament but thankfully, apart from the vibrant colour and pungent smell, he was healthy. 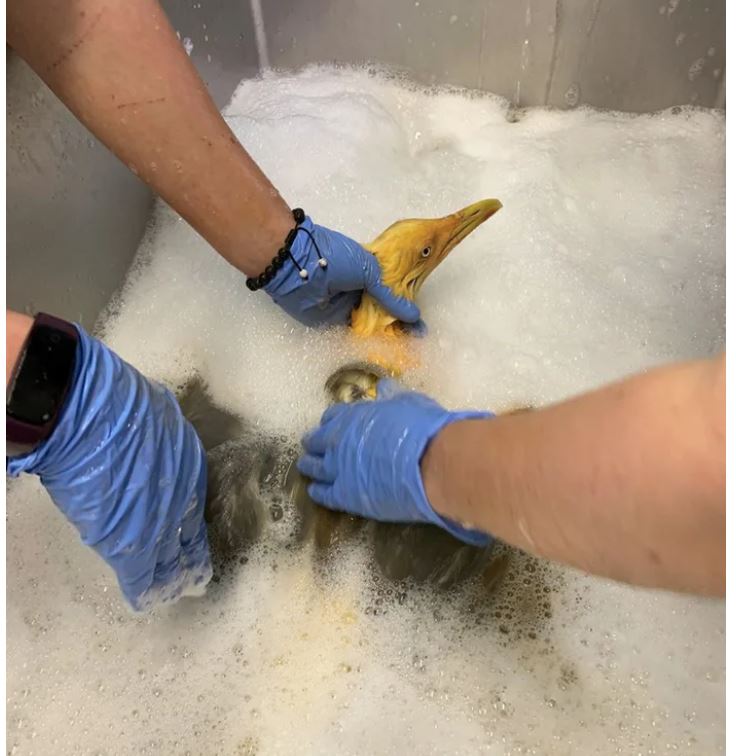 Our veterinary team bravely bathed the gull (now named Vinny after a Vindaloo curry) to clean off his feathers. He managed to cover them in curry water, but eventually did let us scrub him clean.

He is now looking much better and should be able to go for release very soon! As we say, we never know what will come through our doors next!

Huge thanks to the lovely finders who stopped to rescue him.” 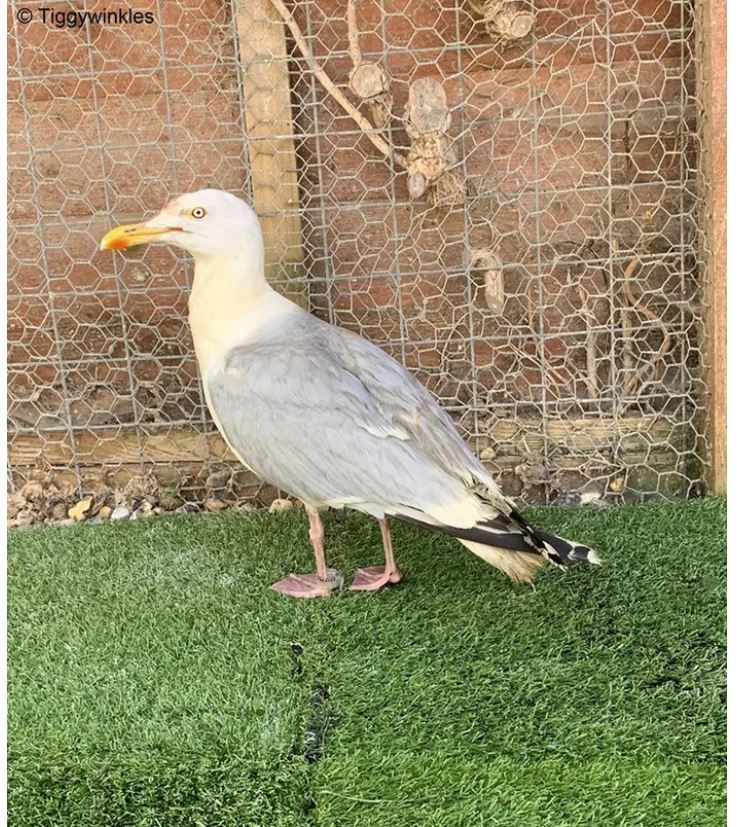 Obviously, this bird should be counting its lucky stars it was found and taken into Tiggywinkles and not turned into a sa-gull-oo.

Final thought: What this really shows us is that with a little bit of effort, anyone can look bloody fantastic. And there’s nothing wrong with that. Next time you’re feeling like you’ve caught the ugly stick a few times, just remember that even an ordinary flying beach-rat can look like it’s come all the way from the Bay of Ben-gull! Now that’s inspirational!