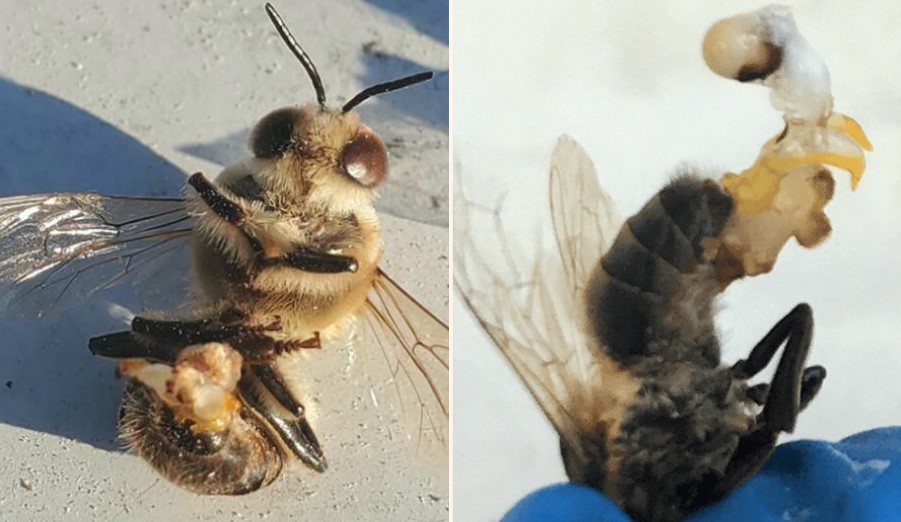 As you know, some parts of the world are pretty f**ken hot. Yeah, nah, those of us who live in the warmer parts of Ozzyland know what a f**ken scorcher is. Sweaty ballbags aside, though, we have it better than some creatures. Take bees for example. When things reach a certain temperature, it turns out that bees straight-up ejaculate and die. Nah, really, they f**ken ejaculate themselves to death.

So yeah, next time you’re in the sun on a ridiculously hot day, spare a thought for these little buggers. While you’re finding a nice cool spot to sink a cold mid-strength and escape the heat, bee drones (the worker-bees) just start dying. 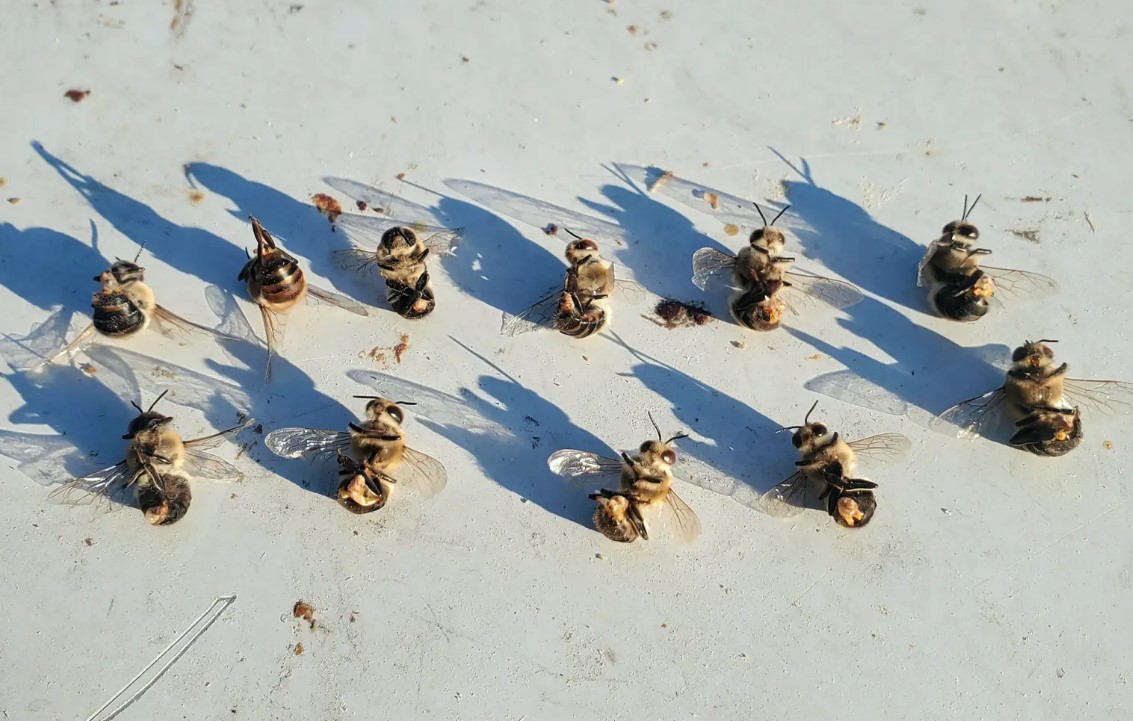 Dr. Alison McAfee, postdoctoral fellow at UBC’s Michael Smith Laboratories and expert in bee health, reckons that the way they die is pretty f**ken horrifying: “When drones die from shock, they spontaneously ejaculate.”

And while that might sound like there is at least some up-side to your immediate death, it’s not as much fun as it sounds. Nah, they don’t just f**ken spoof in their pants as they go to sleep, they ejaculate a large part of their abdomen, called an endophallus, straight out of their bodies and die in agony. 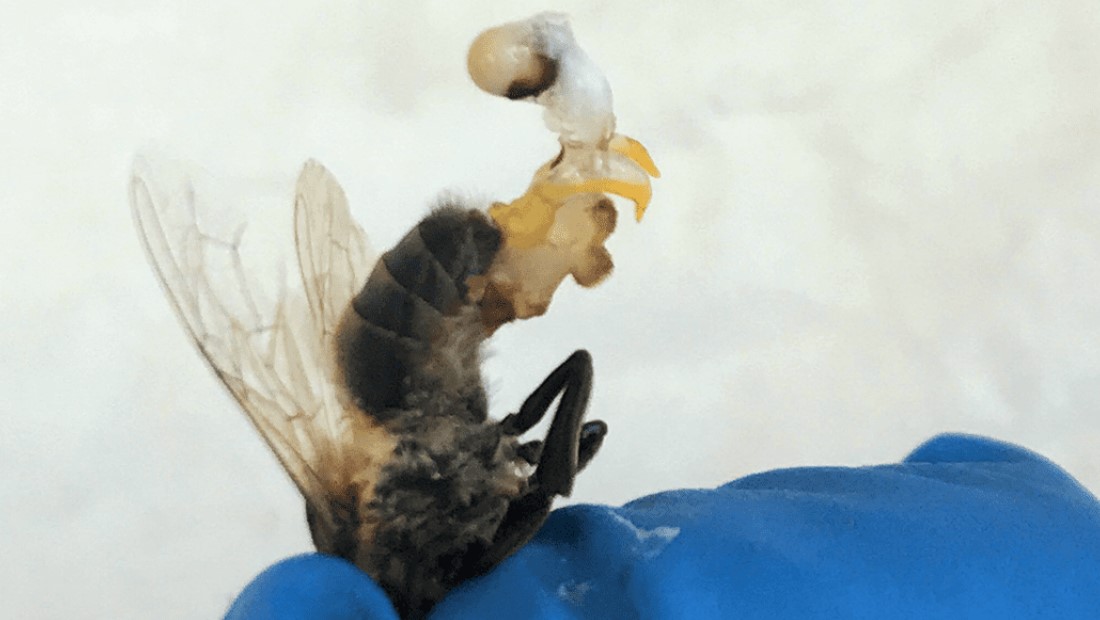 “They have this elaborate endophallus that comes out and is about the size of their own abdomen. It’s pretty extreme,” McAfee reckons. We agree. What’s more, if you live in warmer climes and have seen bees that look like ones in the pictures here, there’s a good chance the bees in your area blew their loads harder than Vesuvius blew its top.

McAfee says, “We know that after six hours at 42 degrees, half of drones will die of heat stress,” McAfee said. “The more sensitive ones start to perish at two, or three hours. That’s a temperature they shouldn’t normally experience, but we were seeing drones getting stressed to the point of death.” 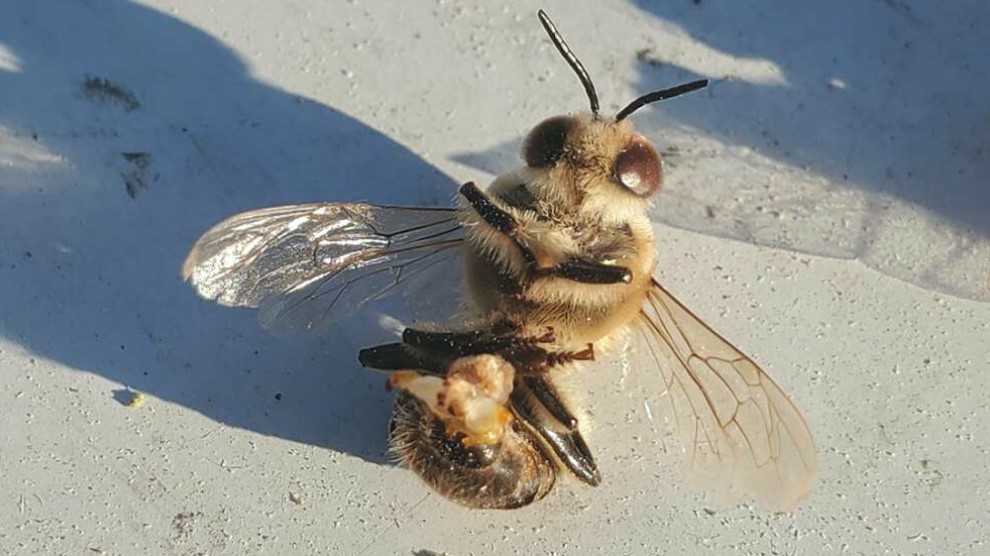 And all of this means smaller hives, less bees, and less biodiversity. None of which are good things. Currently, McAfee and other scientists are working on ways to keep beehives cooler. Let’s hope they make it happen. Not only for the bees, but for everything that needs them as pollinators.

Final thought: Yeah, look, this is a pretty hectic news story to wake up to. Next time you’re trying to find some air-con, just be thankful if you haven’t ejaculated your own dick right out of your body.