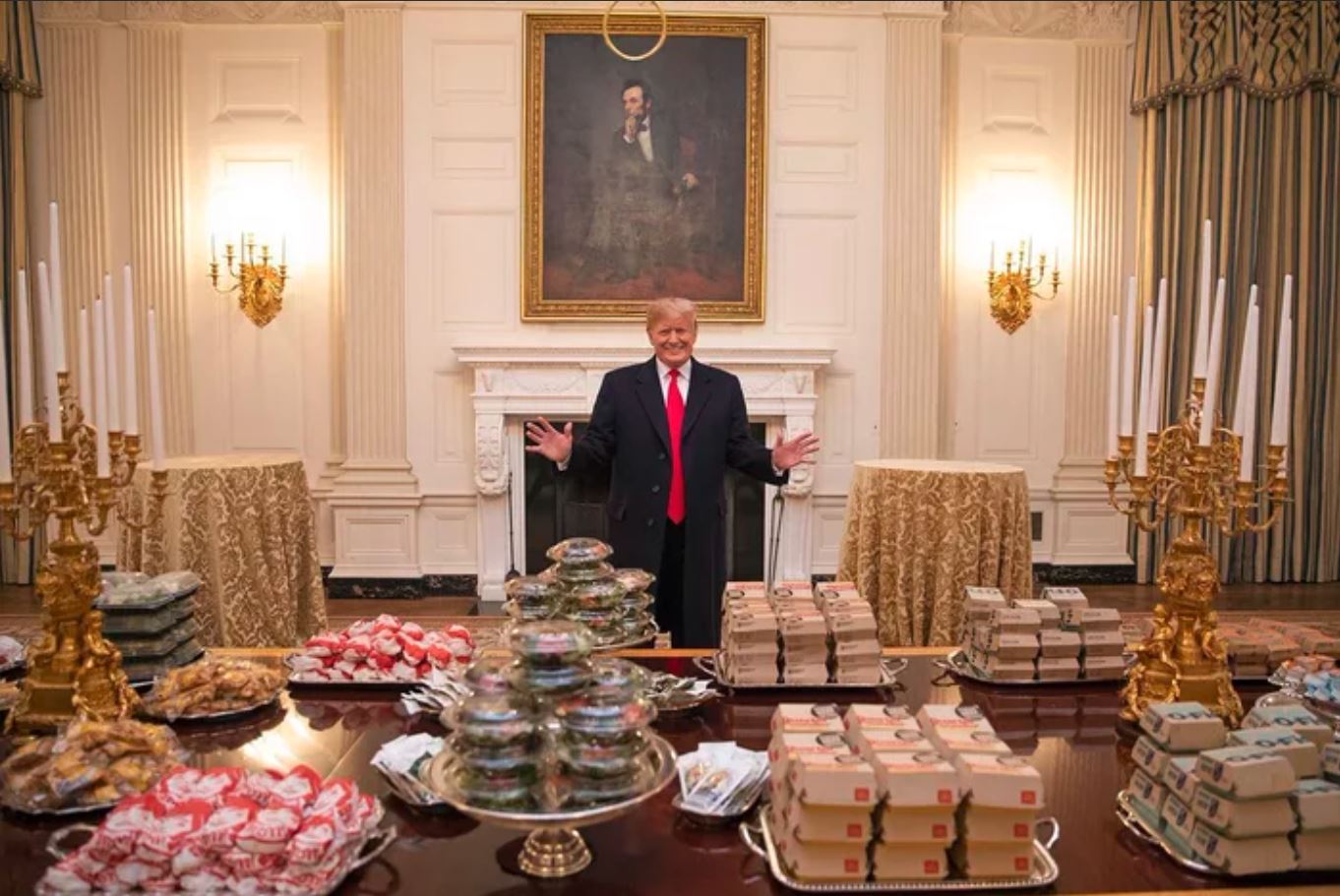 We’ve seen him in headlines before and we’ll see him again, old mate President Trump is up to his wacky antics again. This time he’s served cold (allegedly) fast food to College Football team, the Clemson Tigers who had just won the Nationals. And on their big day with the President, instead of a steak, they were served 1000 Hamburgers (Trump paid of course, he said on Twitter). At least there were a few candles lit to class up the place.

Okay quick disclaimer: We dig America and bloody oath do we love fast food. Australia is one of leading movers and shakers when it comes to obesity numbers so it’s safe to say we’re on board the McDonalds thing. But you have to admit there is a time and a place. Usually it is after midnight, when you’re a little drunk and it’s time for a bloody Big Mac and some chippies. 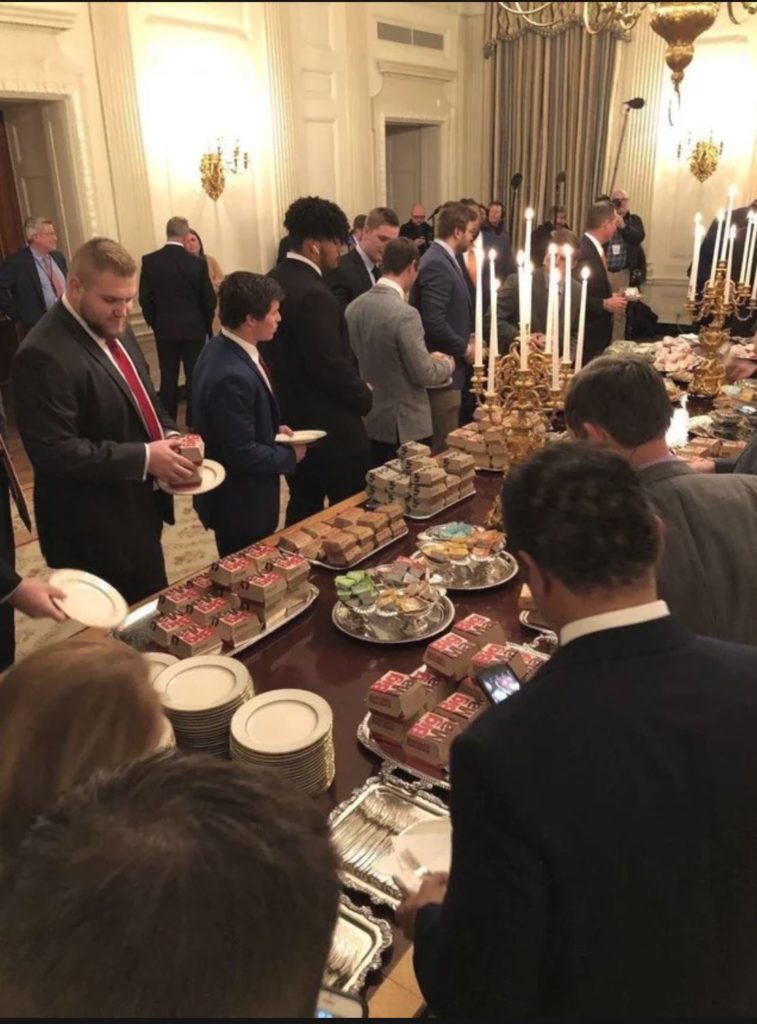 Remember when it used to be a privilege to tour the White House and meet the President for lunch? You would expect to sit down to a nice meal, or some fresh homemade sangas (that’s a sandwich) at least. You know maybe one of interns Mum’s had put together a cheese board or something. In all honesty I’ve seen a better spread rolled out in parklands cricket. For those uninitiated with ‘parklands cricket’, it is an amateur sport played on the weekends where the home team’s players cater their own lunch. Predominantly made up of bargain bin cinnamon donuts. In short, it’s generally a bit sh*t. 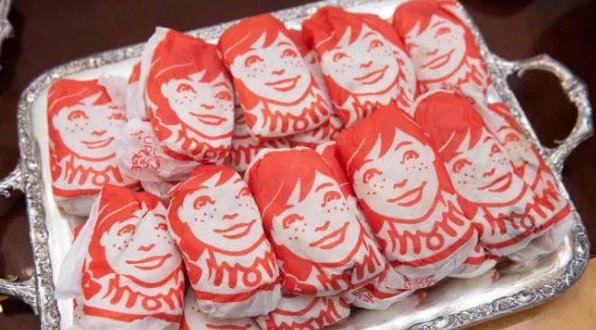 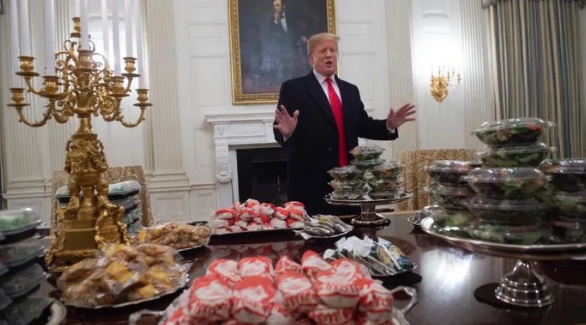 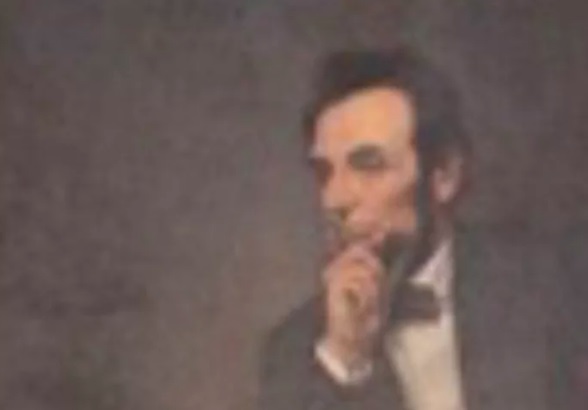 Lincoln having a bit of a sticky beak from behind.

I guess he might have forgotten his target audience. The last time I went to McDonalds with a big group, it was for a 5 year old’s birthday party. It was great, we got to play on the playground, have ice cream cake, and then take home our happy meal toy. But not these poor athletes. They were deprived of that. No Playground, no ice cream cake and no happy meal toy. Bulls*@t!

One bloke was so into it he had earbuds in. Probably listening to a true crime podcast or something. Or maybe he was making notes? ‘Dear Diary, it is January 2019. We’ve just won the Nationals, and now I’m standing in the white house and President Trump has handed me a cold Cheeseburger. He smiled at me and told me I like it. 2019 is off to a weird start’. 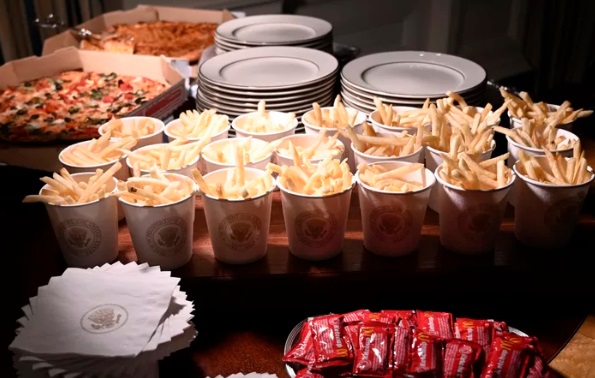 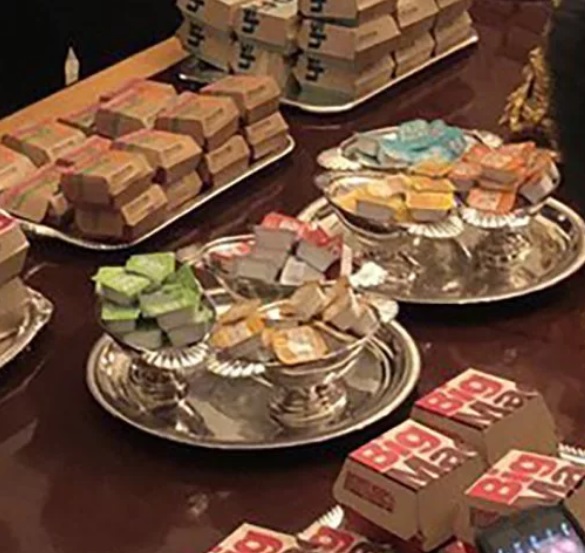 I said, you guys aren’t into salads. We have everything that I like, that you like, and I know no matter what we did, there’s nothing you could have that’s better than that, right?

The contrast in the below shot is just outstanding. Table full of fast food, and candles being lit by a snappy suit wearing office employee. Once again there is no judgement it is just a funny sight. 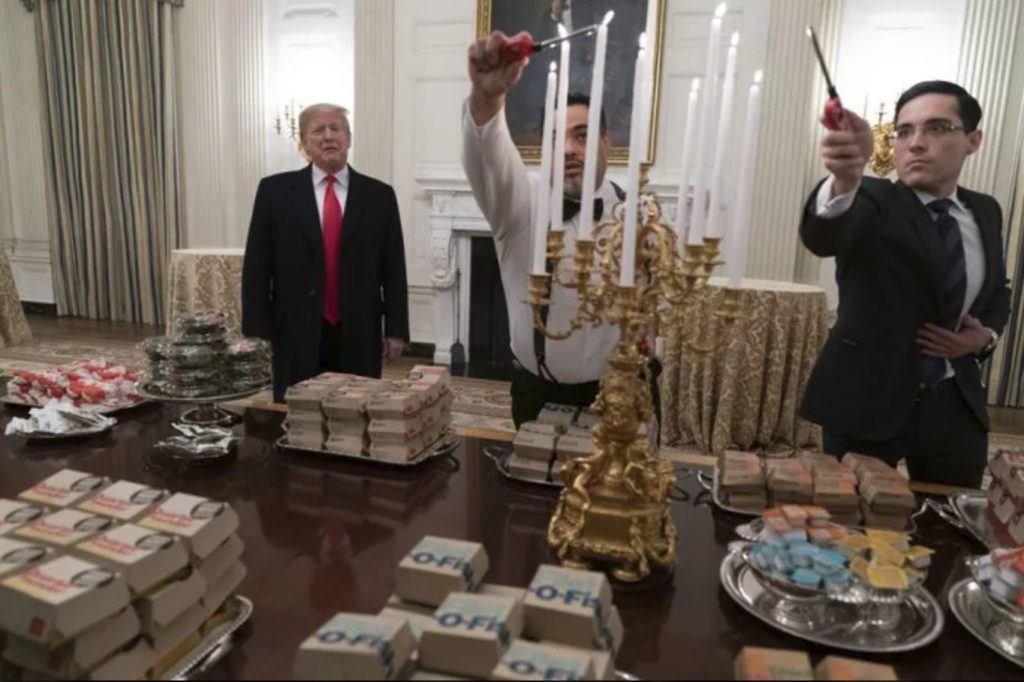 Final thought: It does look like a lot of fun. The bright side for these players is now it becomes an amazing story to tell their friends. We won, got dressed up in our finest suits, and got fed cold McDonalds at the White House by President Trump. A sentence we never thought we’d say. But you know what? The Simpsons probably predicted this a decade ago.

Why now do I want to put a suit on and walk to McDonalds? Kind of craving that Big Mac. 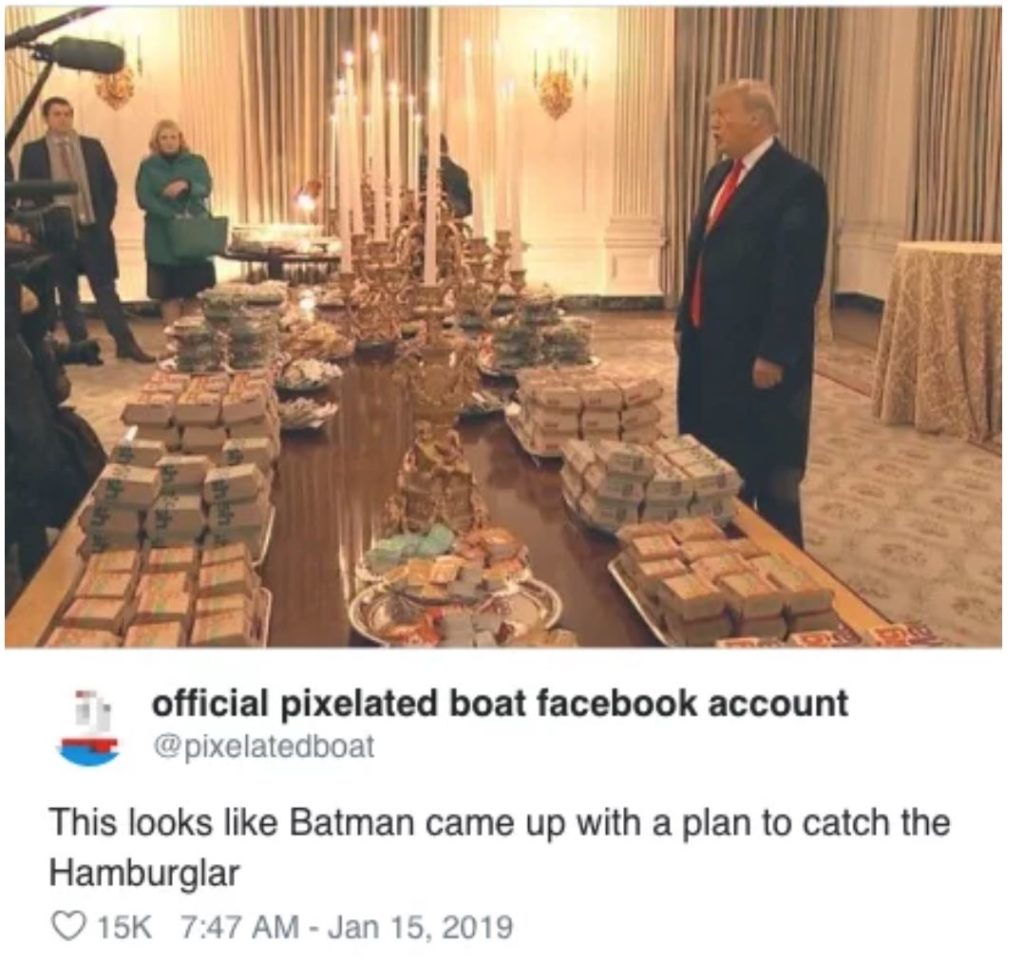