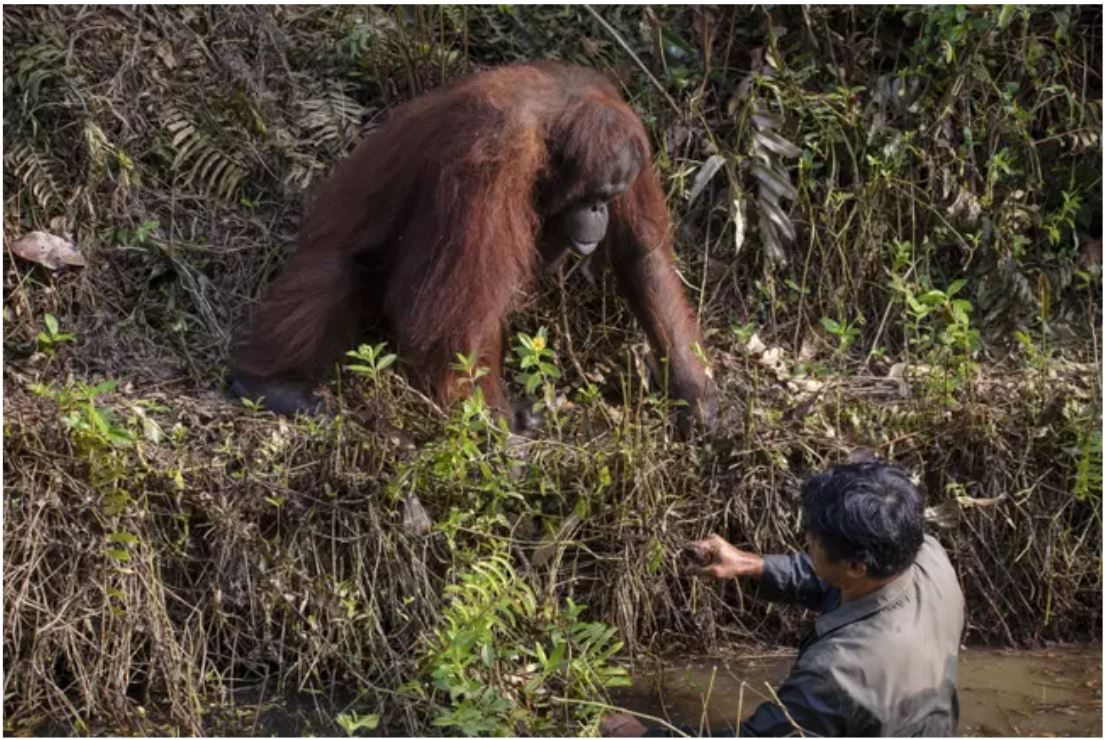 Funnily enough, we don’t seem to have spoken about orangutans on here too much. To be honest, that’s a damn shame. These big ginger b**tards are bloody top blokes and sheilas. Deadset, unlike some primates, these guys won’t f**k you over. Yeah, nah, have a squiz at this awesome photo of a top bloody orangutan reaching out a helping hand to a park ranger who’s keeping the big bloody monkey safe from snakes…

Rightio, if you don’t know what an orangutan is, you probably need to google that s**t.

But as a quick pointer, these big legendary rangas are f**ken top notch apes that are well-known for their intelligence, awesome nature, and iconic status in the forests of Indonesia.

Of course, like plenty of the planet’s best wildlife, they’re in a bit of s**t. That’s why the Borneo Orangutan Survival Foundation goes out of its way to look after them. And, yeah, if that means clearing snakes away from the big bloody legends, that’s what they’ll do.

And that leads us to the grouse photo snapped by Anil Prakhabar, In it, you’ll see the big orange monkey reaching its hand out to an unnamed park ranger. Prakhabar reckons the bloke was clearing snakes out of the river when the orangutan tried to help. 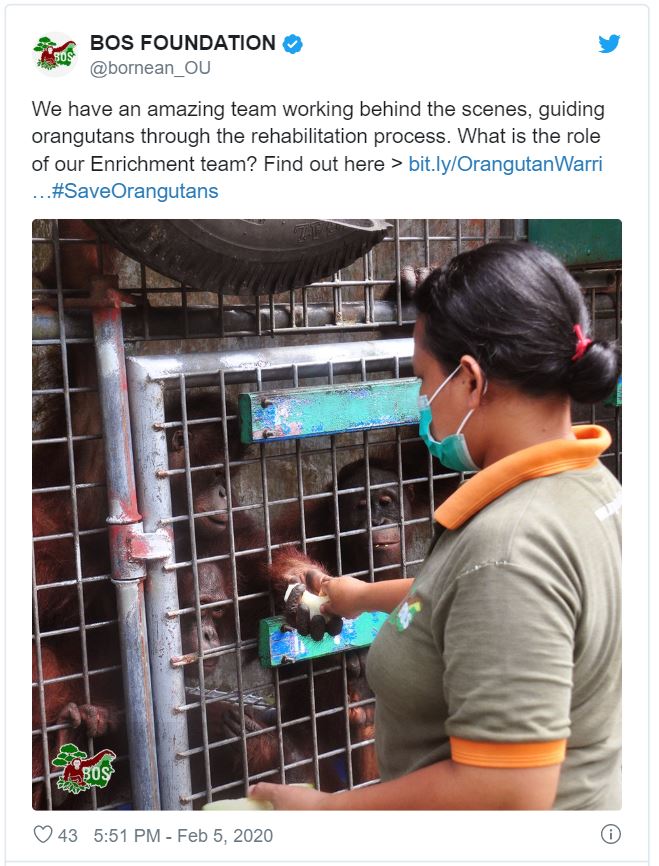 “Someone told him there was a snake in the river. The warden went there and cleared the bushes. An orangutan came to the banks and was watching what he was doing. He then came closer and gave his hand. The warden just moved away. I asked him why later and he said, ‘It’s a wild animal, not one we are familiar with.’” 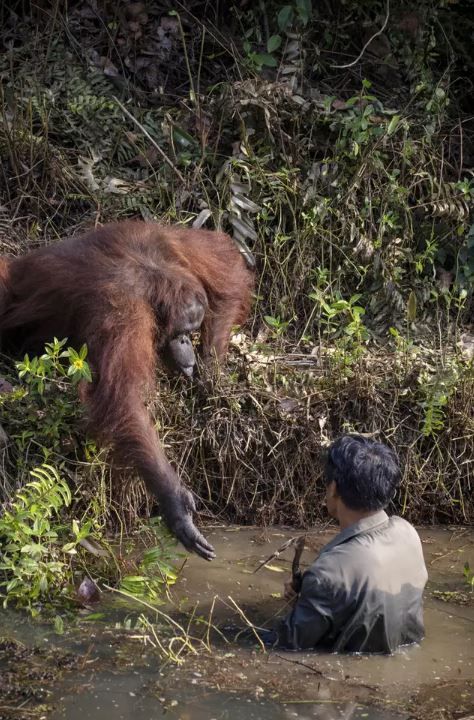 Final thought: We truly reckon that helping out animals is a noble cause, and we reckon that risking it all by clearing out dangerous snakes is a f**ken legendary move. As for the orangutan, you’ve gotta love its attitude. What a pair of top blokes.