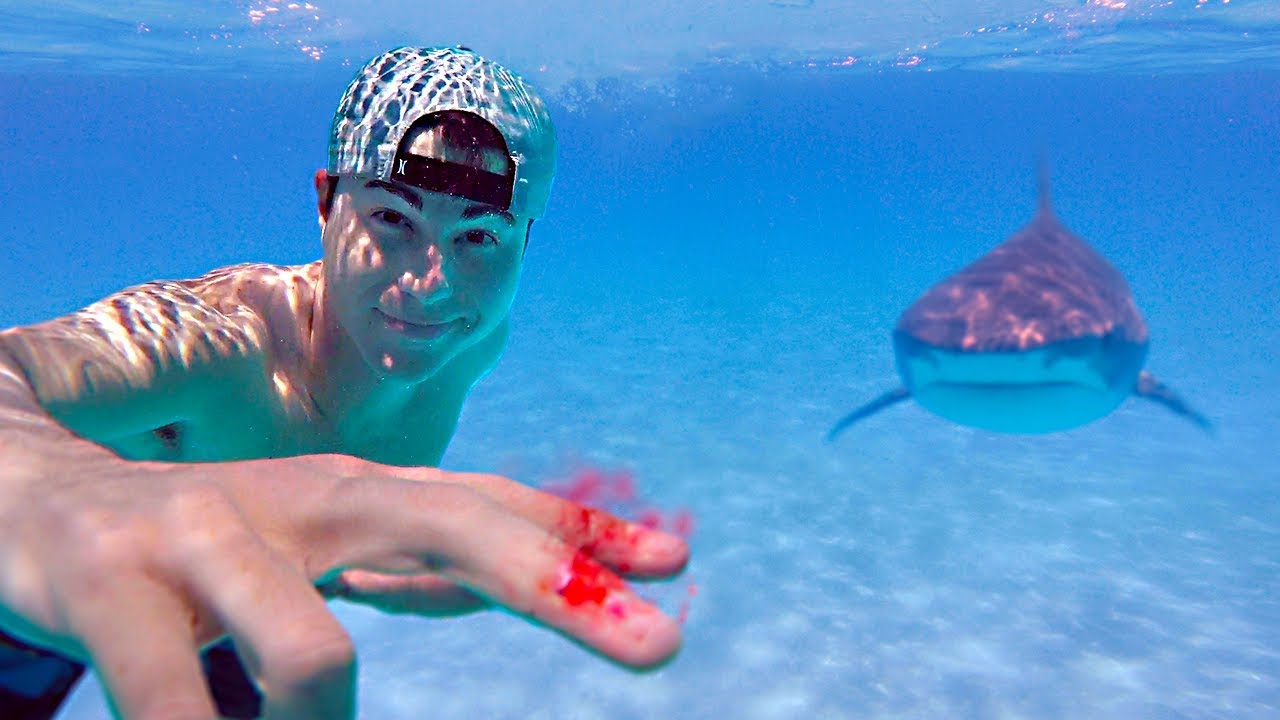 We’ve all heard that if there’s one thing you don’t want to do in the ocean, it’s bleed. And, let’s not muck around here, we all know why. F**ken sharks. Deadset, we’ve seen it in movies, we’ve talked about it when we’re fishing, and you’ve joked about it when you’re grumpy missus is having a bit of a dip in the ocean. Probably. Anyway, you probably remember Mark Rober from various other experiments. He’s back again to find out if sharks really do smell blood in the water…

For this experiment, Rober headed out into the Bahamas with some marine biologists and he got his science on. Thanks to a pretty schmick little device he had some bros hook up for him, he was able to pump liquids into the ocean at set rates. 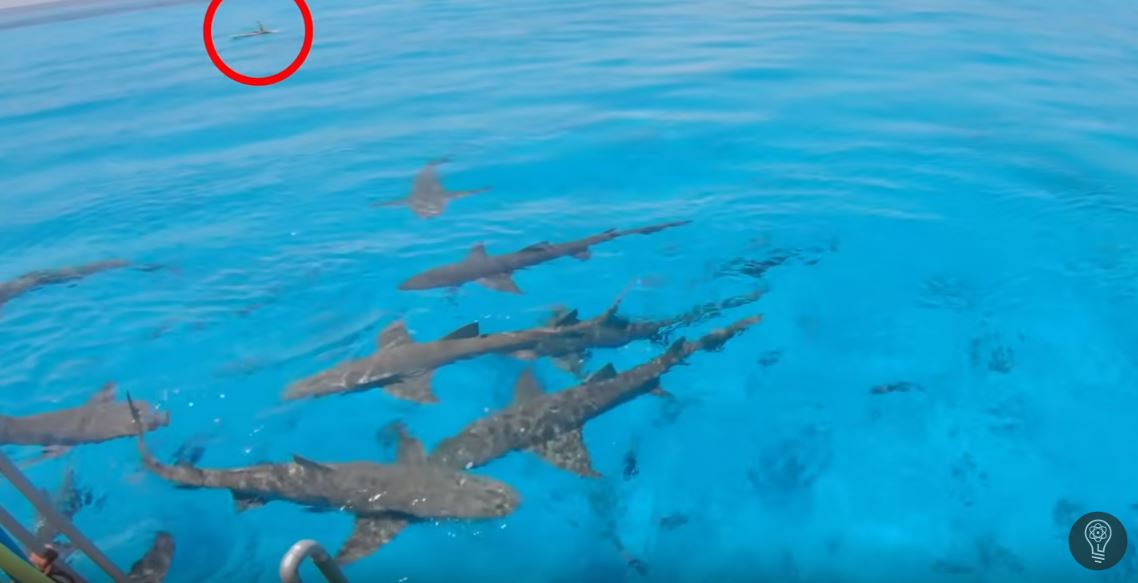 The experiment itself was pretty simple – and Rober’s the first to admit that it’s not a perfect one – but it saw him set up four surfboards, each dropping different liquids into the water. Paying homage to every surfer who doesn’t wanna piss in their wetsuit for fear of sharks, he set up three of the devices with piss, fish oil, and cow’s blood. The fourth was the control board, pumping out seawater. 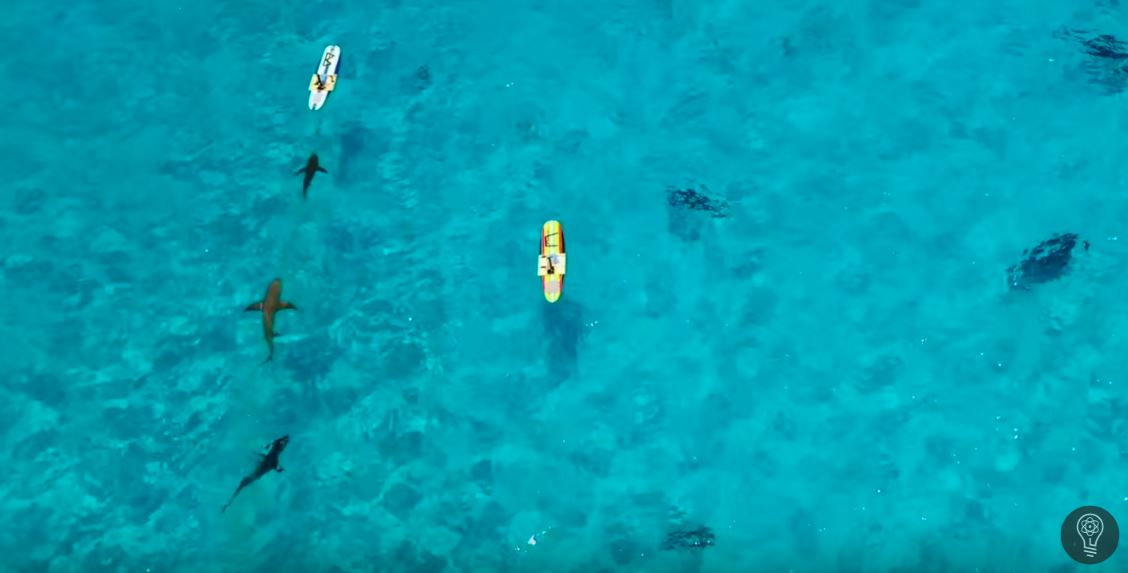 The results were pretty friggen clear. Even though it didn’t exactly set off a feeding frenzy, and the sharks didn’t really pay any attention until a bunch of smaller fish went to check it out, the cow’s blood was definitely their favourite scent.

“Eventually, with about fifteen minutes left, things started getting pretty bloody wild over by the blood board. The blood was spread out and made a blood runway so you had this surreal line of sharks swimming up this enticing blood trail one after another, only to be super disappointed to find just a big piece of Styrofoam.” 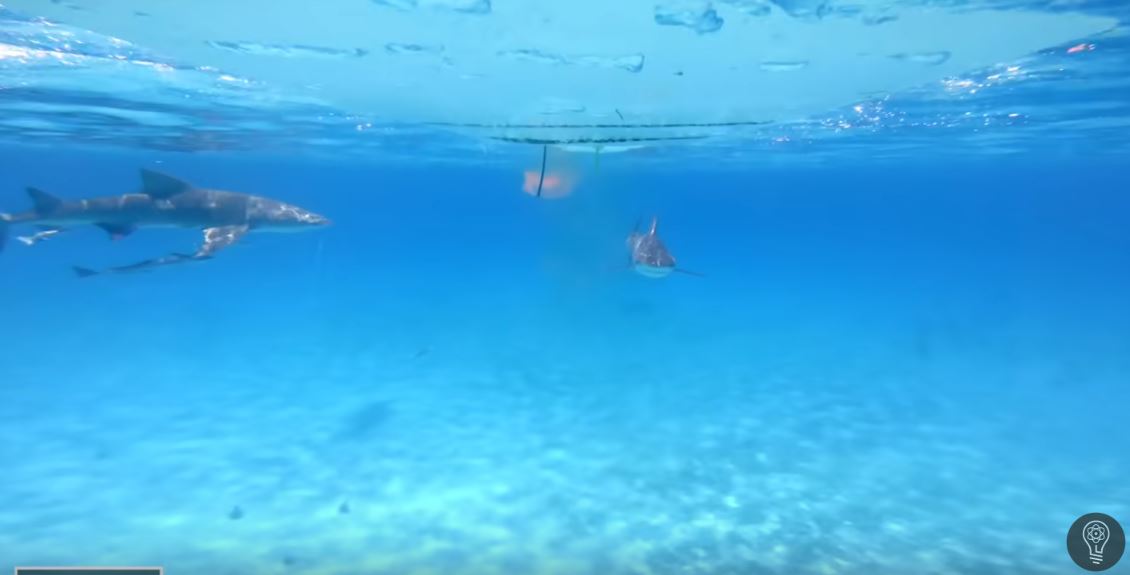 From there, Rober wanted to escalate things and find out if human blood would have the same effect. Calling out a phlebotomist, a few members of the crew donated some blood to the cause and the machines were set up again.

We’ll let you watch that yourself to find out whether you should go in the ocean after you’ve cut yourself shaving.

Final thought: Let’s be honest, this is good s**t to know. If, like us, you live in a country that’s bloody packed with sharks, this information might just save your life. Anyway, let us know whether you thought the story was truth or bulls**t before watching.