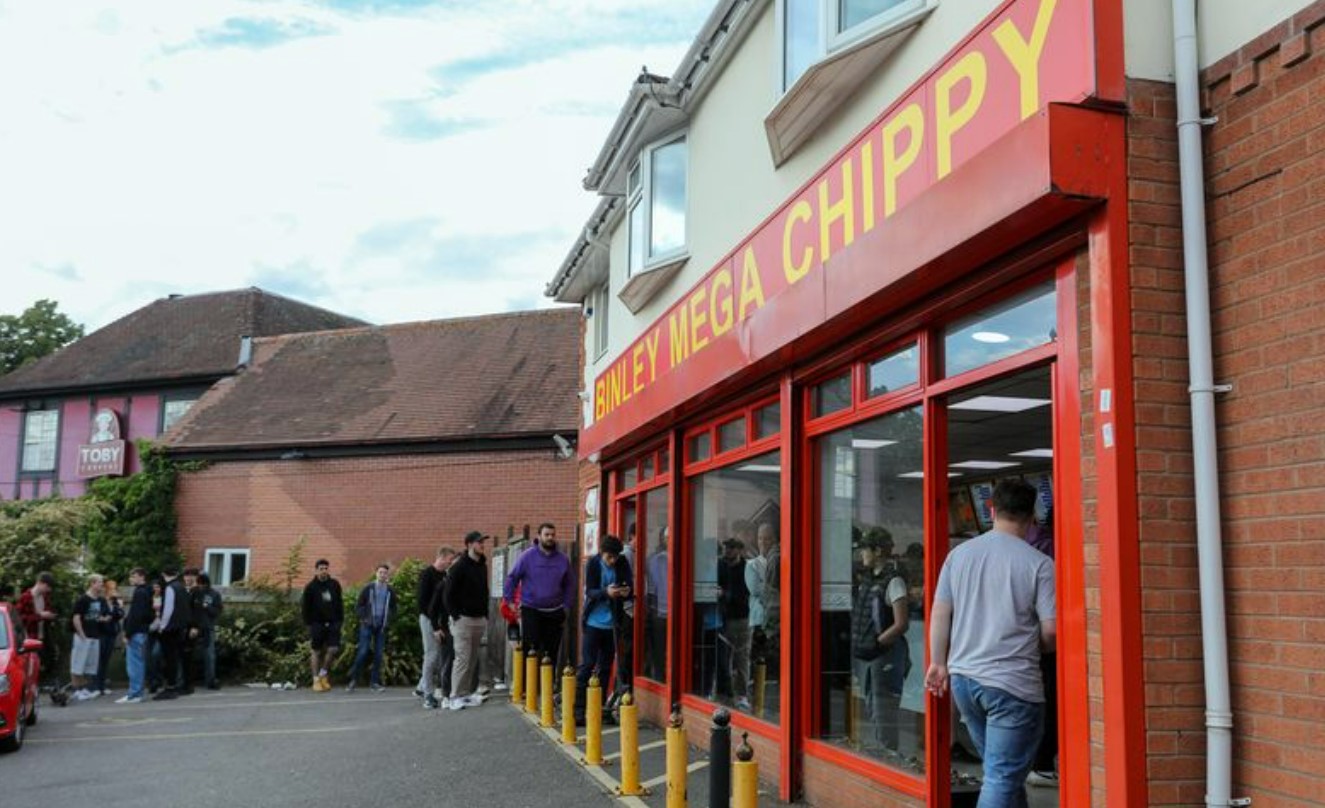 We know we’re showing our age here, but just when you think you’ve got social media worked out, some more bulls**t that leaves you shaking your head happens. Take the f**ken craziness happening at a local fish and chip shop in Pommyland right now. Thanks to a single TikTok video, the store’s gone viral as f**k and people are travelling from all over the world to visit…

Fair dinkum, in trying to think about the best way to present this, you just have to realise there is no best way. This is the world now. We’re a dystopia living in a meme and nothing is f**ken real. Or maybe it is. Who knows anymore? And let’s be honest, that’s the point.

Can someone explain what is happening at my local chippy – has the matrix broken 🖥️ #binleymegachippy pic.twitter.com/GXWUPu2uSA

Thanks to a video that’s gone viral on TikTok – and that you can watch below – the Binley Mega Chippy, a reportedly bang average fish and chip shop in the Pommy city of Coventry is going f**ken nuts.

not dying till i’ve had the morbin meal from binley mega chippy #BinleyMegaChippy pic.twitter.com/w37zVyvHZF

Decisions decisions. 8hrs for tapas in Madrid or chips from the local. Chips it is. #Binleymegachippy #Coventry #PUSB pic.twitter.com/B55tUFdgSH

The original video featured a fan-made jingle, and the result is bloody mind-blowing. According to the Plymouth Herald, people have travelled from as far afield as Australia, France and Portugal to sample their wares.

6 hours on a bus from Scotland just to visit #Binleymegachippy. The Binley Mega Chippy song was posted on TikTok now people are visiting from all over UK. pic.twitter.com/MIwwZX0ww1

Josh Perks, an 18-yr-old lad from Portsmouth (another city in Pommyland), embarked on an eight-hour round trip just to try the place out after seeing it on TikTok. He reckons, “We just thought it would be a laugh, we wanted to see what the fuss was about. It was great fun, there was a bit of a party atmosphere going on. I don’t think the staff there can get their heads around what is really going on.”

What is so special about #Binleymegachippy its just a normal chippy 😂 pic.twitter.com/0w2IYUdxbG