Mate, we know that we’re harping on about this coronavirus thing – and we’d much rather be harping on about koalas – but it’s kinda big news. Still, despite the panic being spread by the media, there are f**ken tonnes of stories out there. Like this one from ER doctor, Ai Fen, who was there when s**t first started to hit the fan.

So for clarity’s sake, this one’s been shared by a PhD student on Twitter. It’s not clear exactly how she came across it, but she’s not the only one sharing it. A Google search for Dr Ai Fen will bring it up pretty quickly. And, yeah, the implications of Ai Fen’s story are pretty damning for all involved.

Censors keep deleting the article abt Dr. Aifen, who took a picture of a patient's test results in Dec and sent it to 8 docs including Li Wenlinag.
Ppl keep finding creative ways to share it. Some joke it's turned into a digital performance art project.
method1⃣️- Share as PDF pic.twitter.com/NGCHpT1jxs 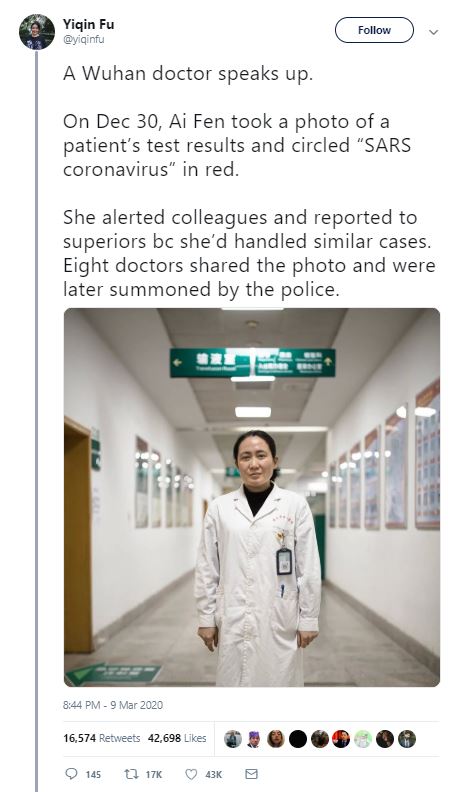 Dr Ai Fen, the director of the Wuhan Central hospital was the first to suspect the severity of the Covid-19 cases, but she was, apparently, promptly told to ‘shut it’ by the police. Have a look at images from Yiqin Fu’s Twitter thread to see what we mean.

As the story goes, Fen alerted her colleague, Dr Li, to the danger posed by the sickness. He and Fen were reprimanded for spreading rumours. Li has since succumbed to coronavirus, but Fen is left deeply regretting her failure to speak out. 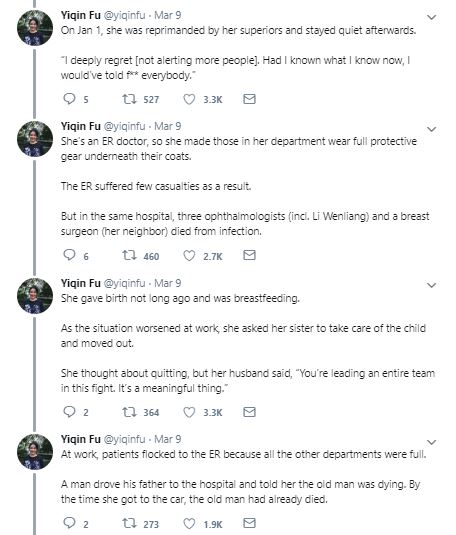 Now, obviously, all of this seems to be a bit far-fetched and ‘conspiratorial’ but we do know for a fact that Li is regarded as the first whistleblower, and it’s presumed that Fen provided that whistle for him.

Making matters worse, there seems to be a notion that information about this posted on Chinese social media is disappearing almost as quickly as it comes up. 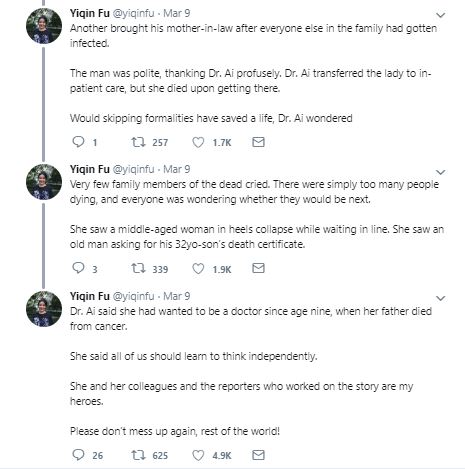 In an age of fake news, conjecture, and spin, it’s hard to know what to believe, but if this is for real, it’s bloody nuts. You can read the full story here:

Someone translated the whole article into English. https://t.co/XD6Ne1Ph1n

Final thought: Mate, as always, we like to look at this stuff through rose-coloured glasses. It’s not easy when the subject matter’s so serious, but take it as a lesson. If you know you need to speak up because it’s what’s right and proper, don’t live to regret not acting when you should. Other than that, stay safe out there, ya legends. Stay safe.