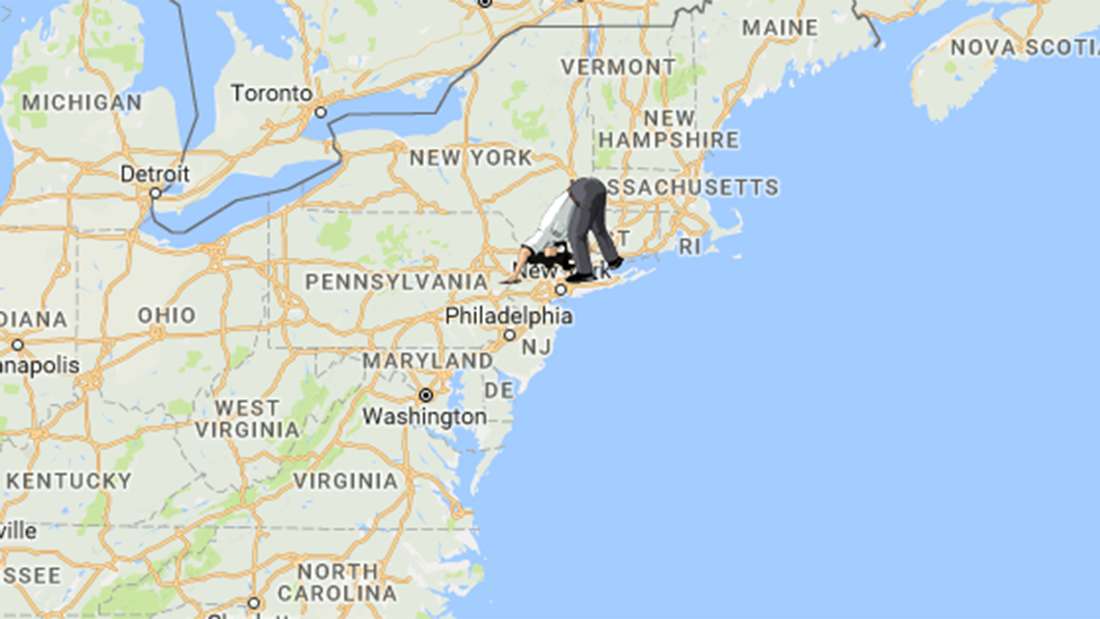 The idea of digging right through the core of the world to find out what’s on the other side is pretty f**ken spesh to us Ozzies. After all, it’s that very concept that helped coin us the nickname of The Land Down Under. That name, of course, comes from Pommyland. It seems those of them who weren’t sent to the big penal colony on the bottom of the world think that if they dug right through to the other side of the world, they’d end up here. Well, this interactive map will let them know if they’re right…

Of course, the Poms aren’t the only ones with this kind of idea.

The yanks reckon they could dig their way through the centre of the earth and come out in bloody China. We’re sure that wherever you are, you’ve got some sort of ‘common knowledge’ about where you’d end up if you tried it.

Of course, trying it in real life would be a recipe for disaster.

Obviously, there’s the lava to worry about, but you really don’t want to be digging down far enough to unleash Tak, let alone the Morlocks, the lizard people or any of the underground alien bases waiting for the Illuminati to get the world just f**ked enough to conquer and enslave.

Of course, as is the way of all earth-shattering rebuttals from people who actually know what they’re talking about, this map might bust a few myths for you.

In that way, it’s just like the educated ones in the Facebook comments who like to start sentences with the phrase, “Well, actually, that’s incorrect…” F**k we love those guys.

Anyway, have a bloody play with the map. You’ll find it right here.

Final thought: Let us know where you start from and where you end up. If you pass through hell while you’re digging, kick Satan in the dick. Other than that, f**ken hooroo, ya legends!