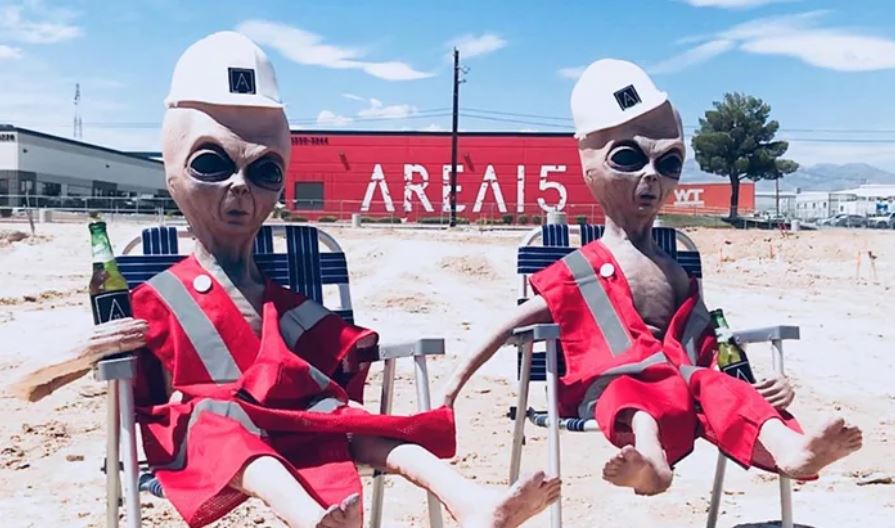 Forget bottle-cap challenges, 2019 is rapidly becoming the year of the Storming of Area 51. The bats**t insane plan to storm the American air-base – and supposed home of all of the US’s extra-terrestrial research – has escalated from a small joke, and looks set to become a watershed moment for humanity. Every day, more and more people are jumping on the bandwagon, and for some reason, it now seems set to become an actual thing. Of course, that means it’s going to be live-streamed…

And let’s be honest, if this does fly in the face of all logic, sensibility and sanity and does somehow go ahead anyway, the self-fulfilling reality of a meme that couldn’t be contained can really only end in a few ways.

Obviously, the gun-toting defenders of the base could just friggen slay anyone who comes close, breaking the morale of the invaders in the process, but whatever happens, it’s gonna go live. 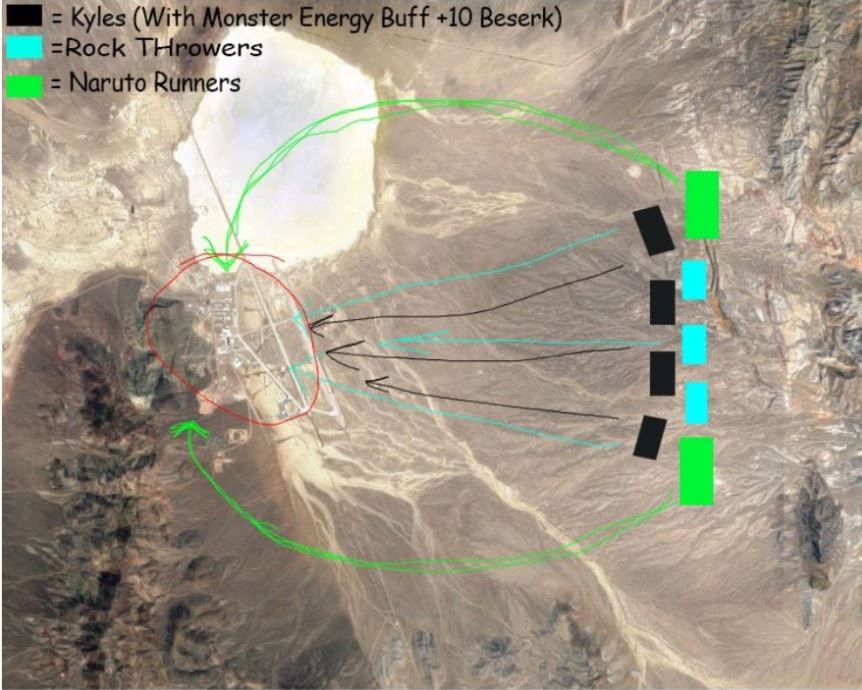 Area 15, a future Las Vegas entertainment complex is hosting a Storm Area 51 watch party. They’ve said,  “Okay. Now we’re curious too about what’s going to happen on 9/20 at the storming of #AREA51. We’re going to live stream the “event” here at #AREA15 to watch what goes down. And, of course, costumes and tin foil hats are required.”

Obviously, this is a great marketing ploy capitalising on the current zeitgeist, but we’re just gonna pretend this might actually happen.

If, on September 20, the storming goes ahead, we’re gonna need to have it on camera. It’s clearly gonna be one for the textbooks – probably in a small footnote somewhere near the Children’s Crusade – and we’re gonna need documented evidence. 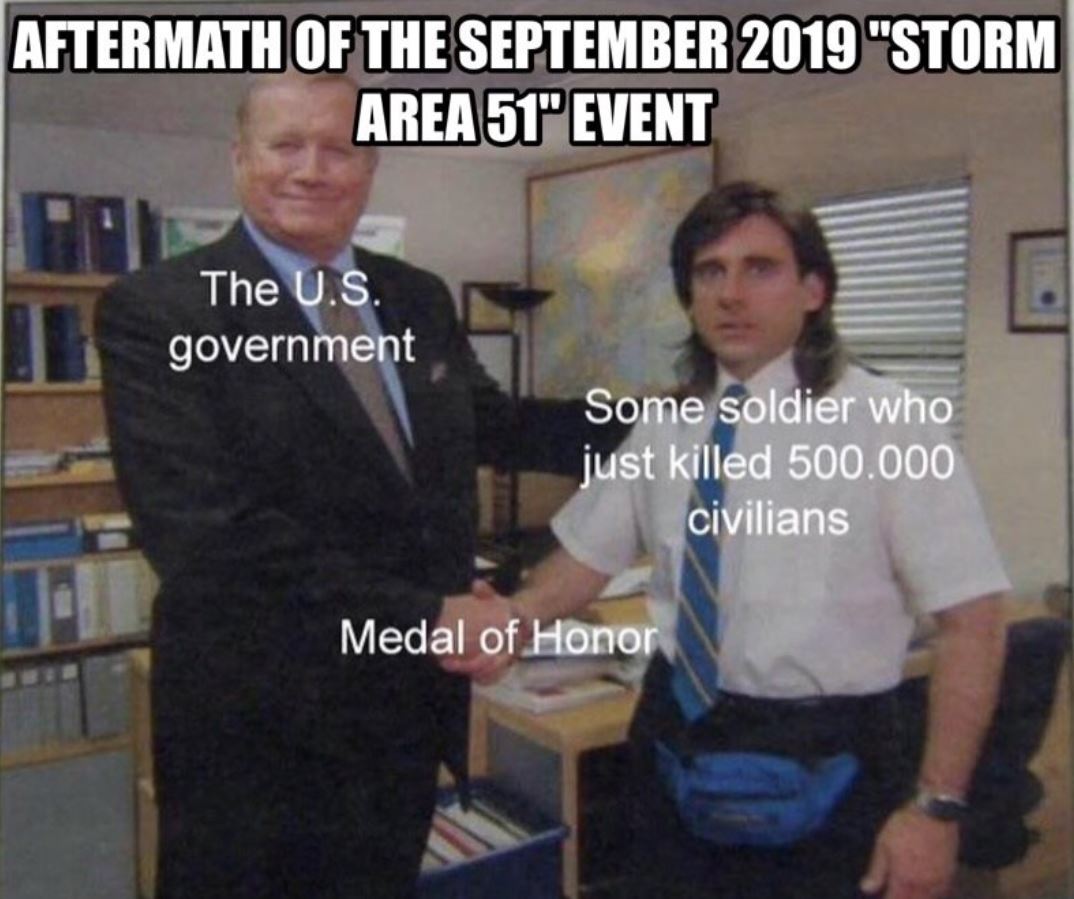 With something like 1.4 million people saying they’re going to be there, unless there’s some sort of EMP in play, we’ll be sifting through the live-streamed footage for years. We can probably assume they’ll all turn tail and run once the first couple of Kyles cop bullets to the head. Crikey, even a couple of projectile bean-bags would do it. 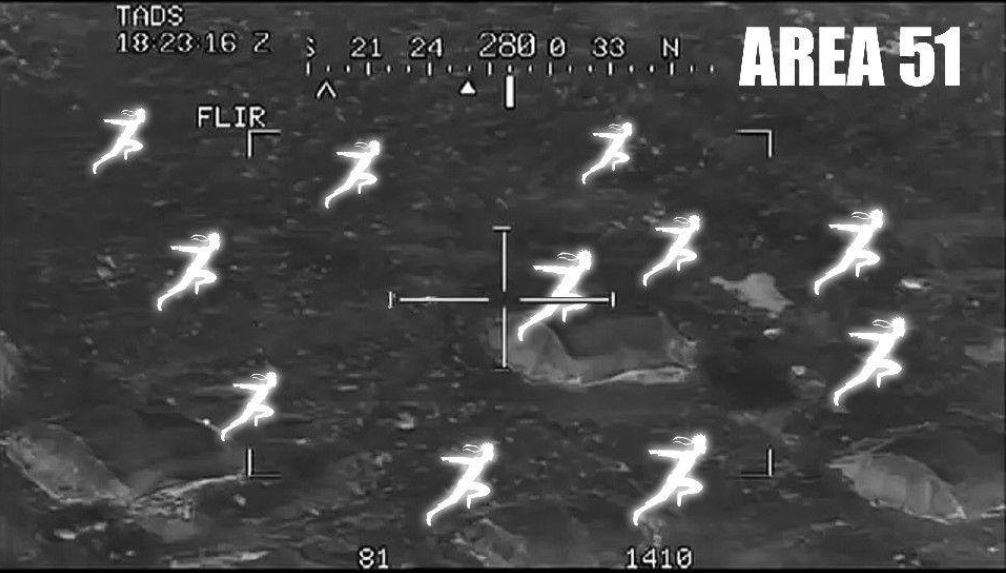 Anyway, if it doesn’t end in extreme disappointment for everyone involved, and they do somehow find evidence in there, we guess those at the live-streamed event will be among the first to chuck a Kent Brockman and welcome our new alien overlords. 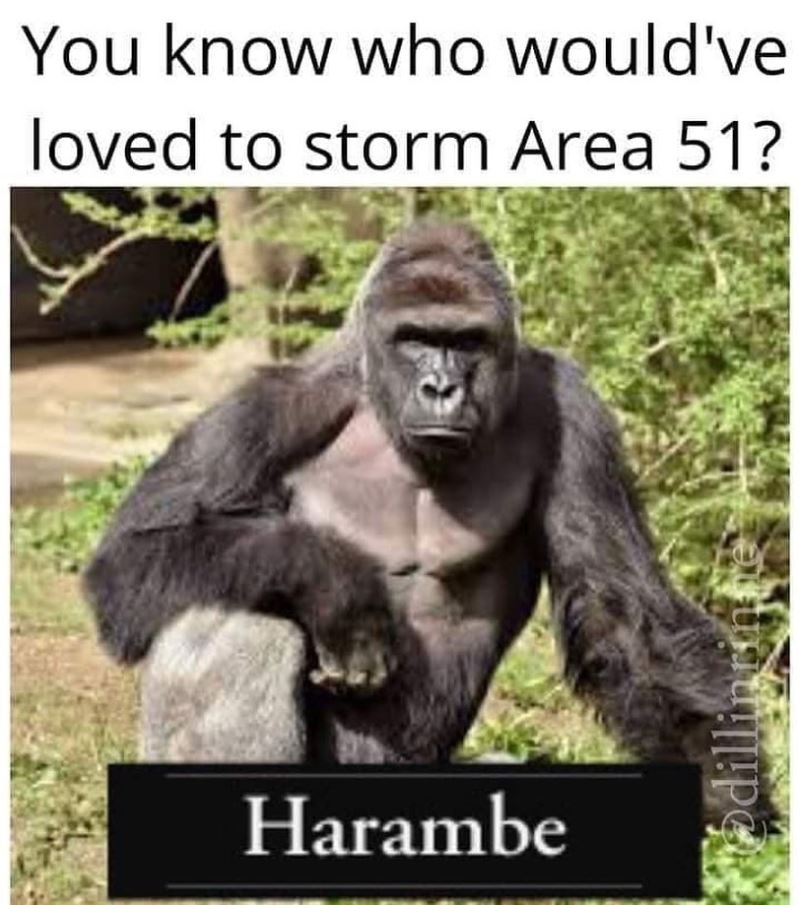 Final thought: Honestly, we hope the momentum keeps rolling on this, because it might just be one of the most epic memes we’ve ever seen. There’s a wealth of gold out there about this at the moment and everyone from the Air Force to former Area 51 employees commenting, the only thing left to ask is: will you be there?