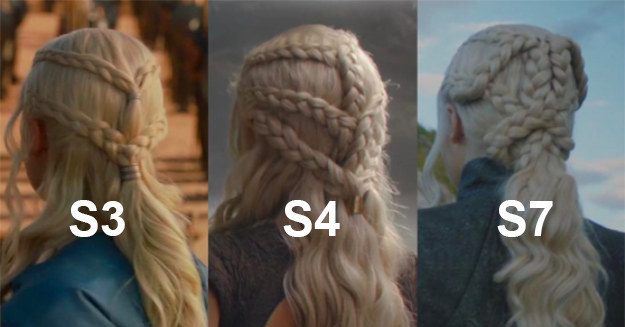 Ah, geez, it’s been way too long since we wrote about Game of bloody Thrones on Ozzyman Reviews.  But while I’m busy catching up on the last season of Ash vs The Evil Dead and eagerly awaiting The Punisher, the internet is still pumping out more and more fan theories about everyone’s favourite epic fantasy adaptation.  This latest theory, concerning Daenerys’ barnet is one that’ll stick us in the Delorean and take us all the way back to season 1. 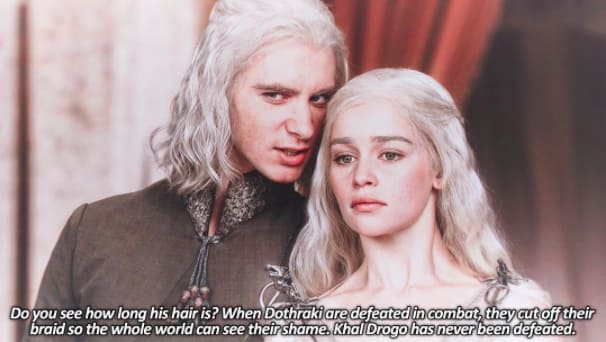 Remember when Daenerys was still just an innocent little lady, albeit one about to be sold to the Dothraki.  At the time we all thought it was so her douchebag brother Viserys could gain an army.  The general thought now is that there was a lot more going on thanks to the work of the spider, Varys.  Of course, over the last few seasons, we’ve witnessed Daenerys grow from that powerless pawn into one of the most powerful players in all of the seven kingdoms. It’s safe to say now that when she needs them, this little lady has balls.  And dragons.  Seriously, don’t f*** with her.

Anyway, remember back in season 1 when she had an argument with Viserys about hair braids or some sh**?  Well, if you’ve been paying attention, those braids have become one of her defining features.

The Dothraki wear their hair in long braids that get chopped the f*** off when they lose a battle.  It’s how they reveal their shame at being bested. Well, guess who’s won a shitload of battles and whose braids have been growing and growing over the last seven seasons. That’s right, bloody Daenerys, the mother of dragons. 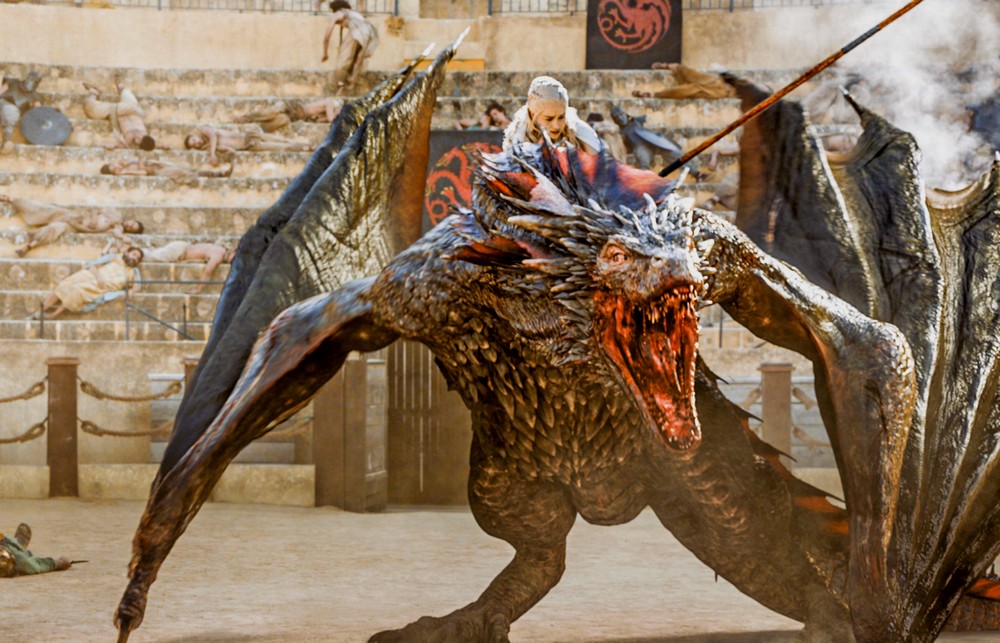 We know those cheeky buggers behind the scenes of Game of Thrones love to build symbolism into the mis en scene and develop the cultural aspects of their world, and this fits bang in with that. It’s an awesome little piece of character development. 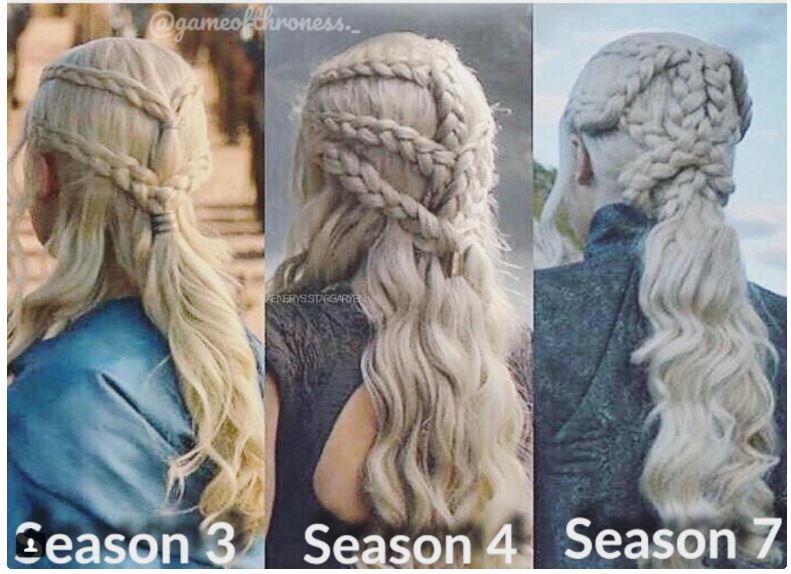 Of course, Dany wouldn’t be the only character with hair that says a lot about who they are and where they’re at.  We only need to look to f*****g Cersei and Sansa to see more examples.

What do ya reckon?  Deliberate move on the part of the producers?  I reckon so.