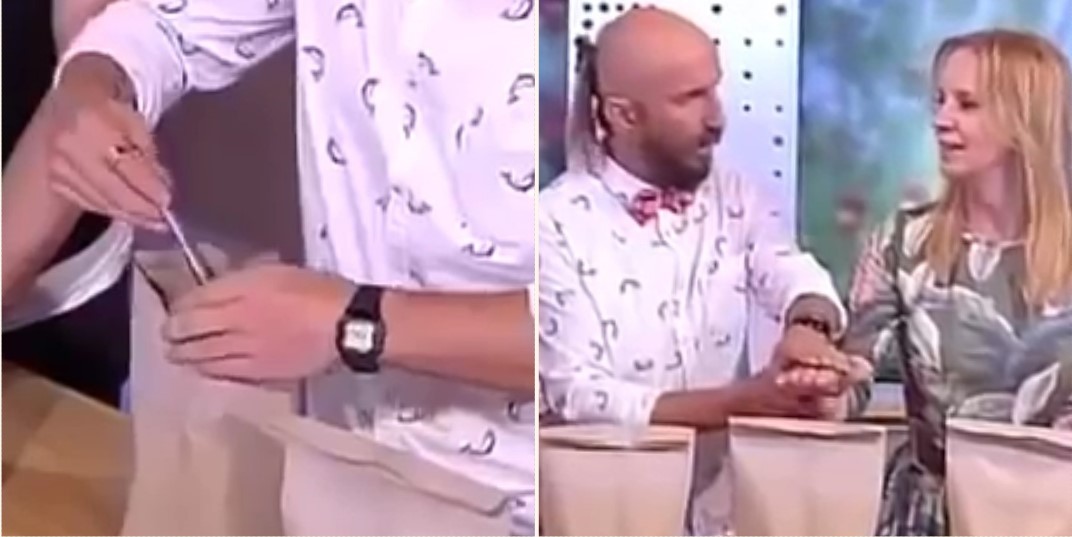 If magic was as easy as the experts make it appear, we’d all be pretty f**ken handy at it. Yeah, nah, deadset. If it was easy to learn the tricks of the trade and nail them every time, there’s no way we’d work desk jobs. We’d sit around pulling rabbits out of hats and making other people’s coins disappear. Unfortunately, it’s not that easy. Nah, even some of the so-called pros f**k up. Give this vid a squiz to see what happens when they do…

All right, first off, we’re going to Poland for this one and we’re travelling a little bit back in time. The video itself seems to be from back in 2016, but it’s just resurfaced on Reddit and has started doing the rounds again. That said, let’s get stuck in! 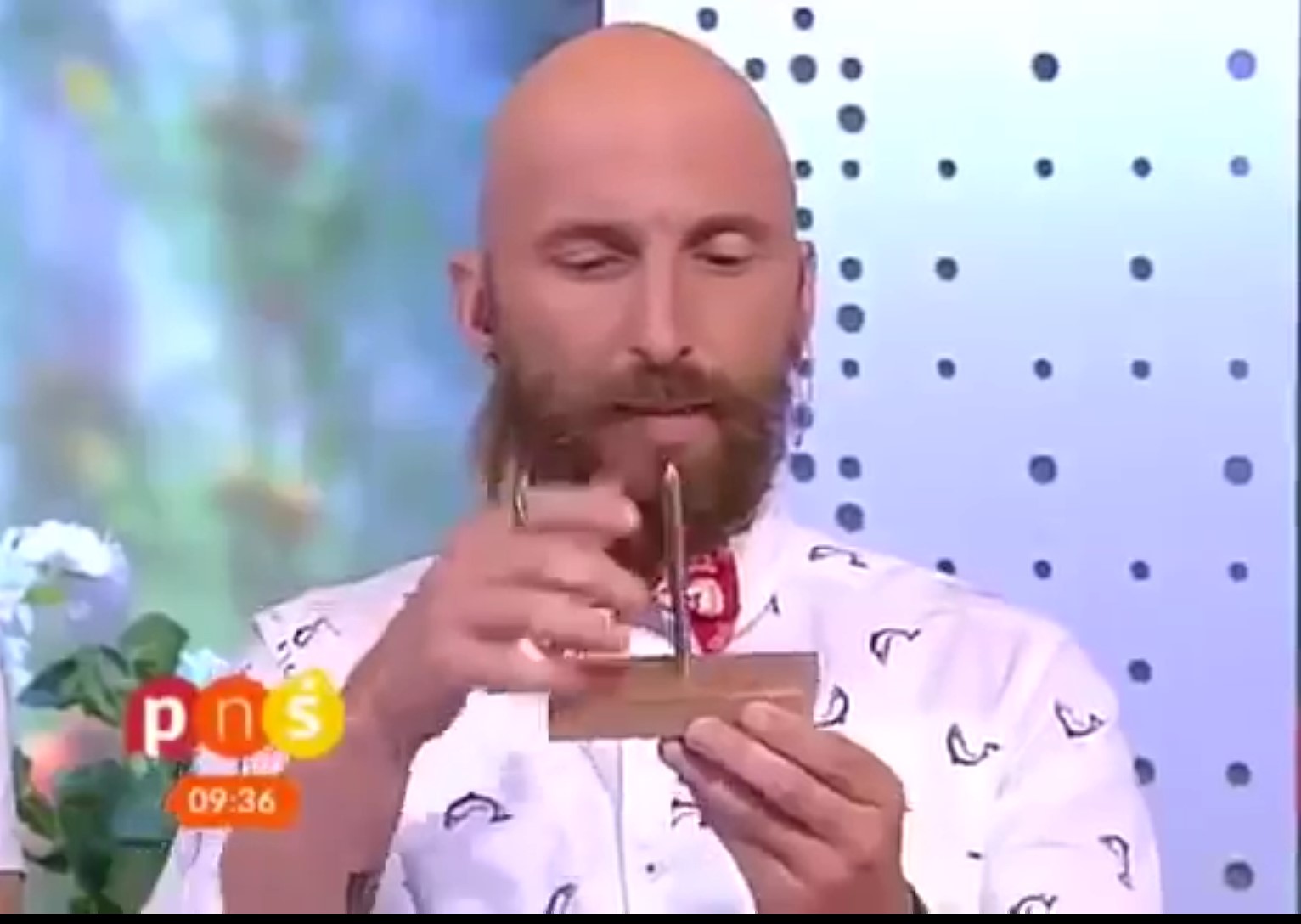 It all went down during a magical segment on a Polish breakfast program. As it’s unfolding, the magician, who looks pretty f**ken dodgy if we’re honest, messes around with some paper bags and chucks a big f**k-off metal spike in one of them. Have a gander at him. He’s all like, “Oi, feel how sharp this is. It could really f**k you up.” 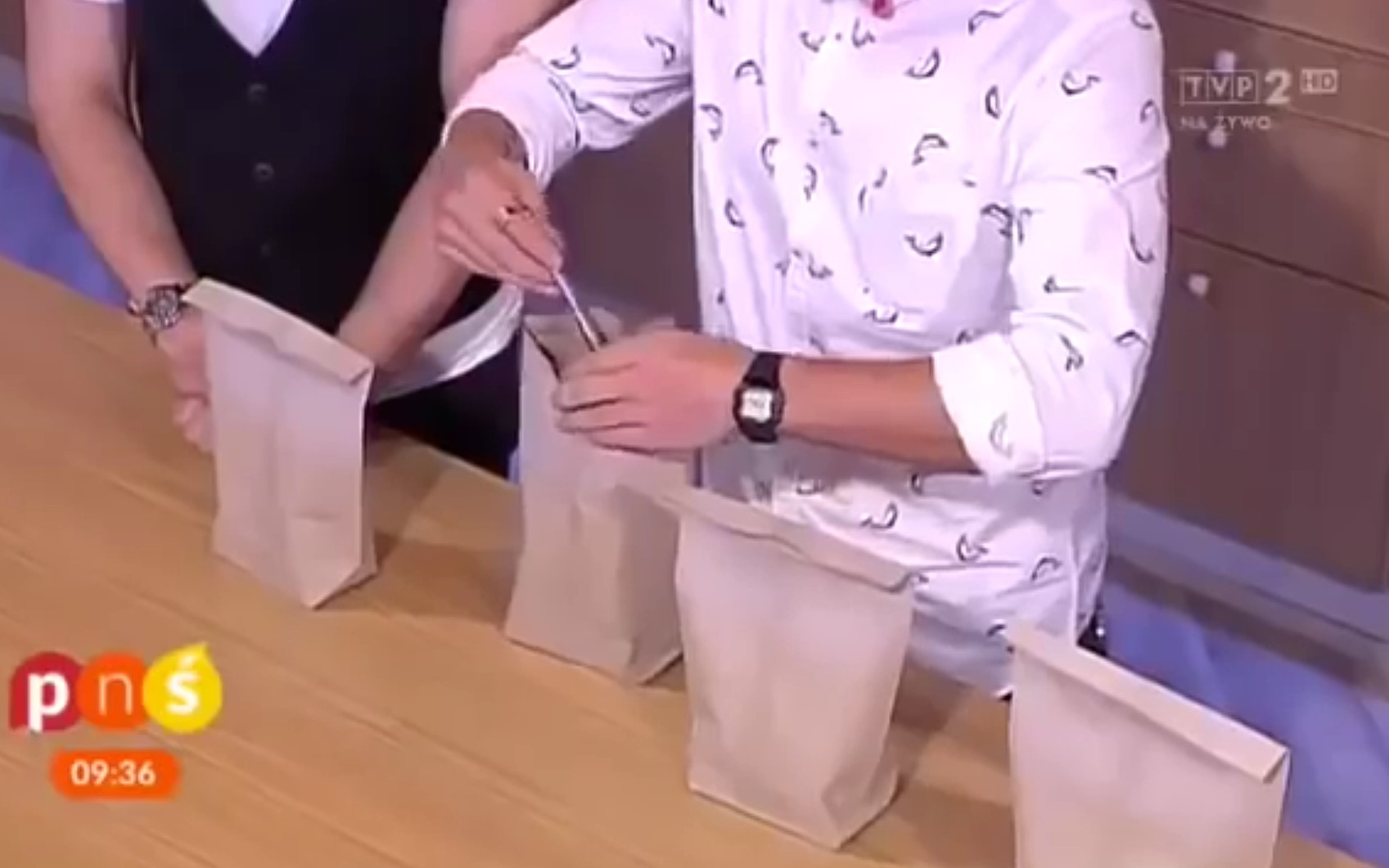 In response, the female host, Marzena Rogalska, gives his tool a bit of a feel. We don’t know exactly what she says, but we reckon she’s like, “All right, I’ll do it, but I’m not sure I trust you. Are you sure you’re not gonna f**k this up?” 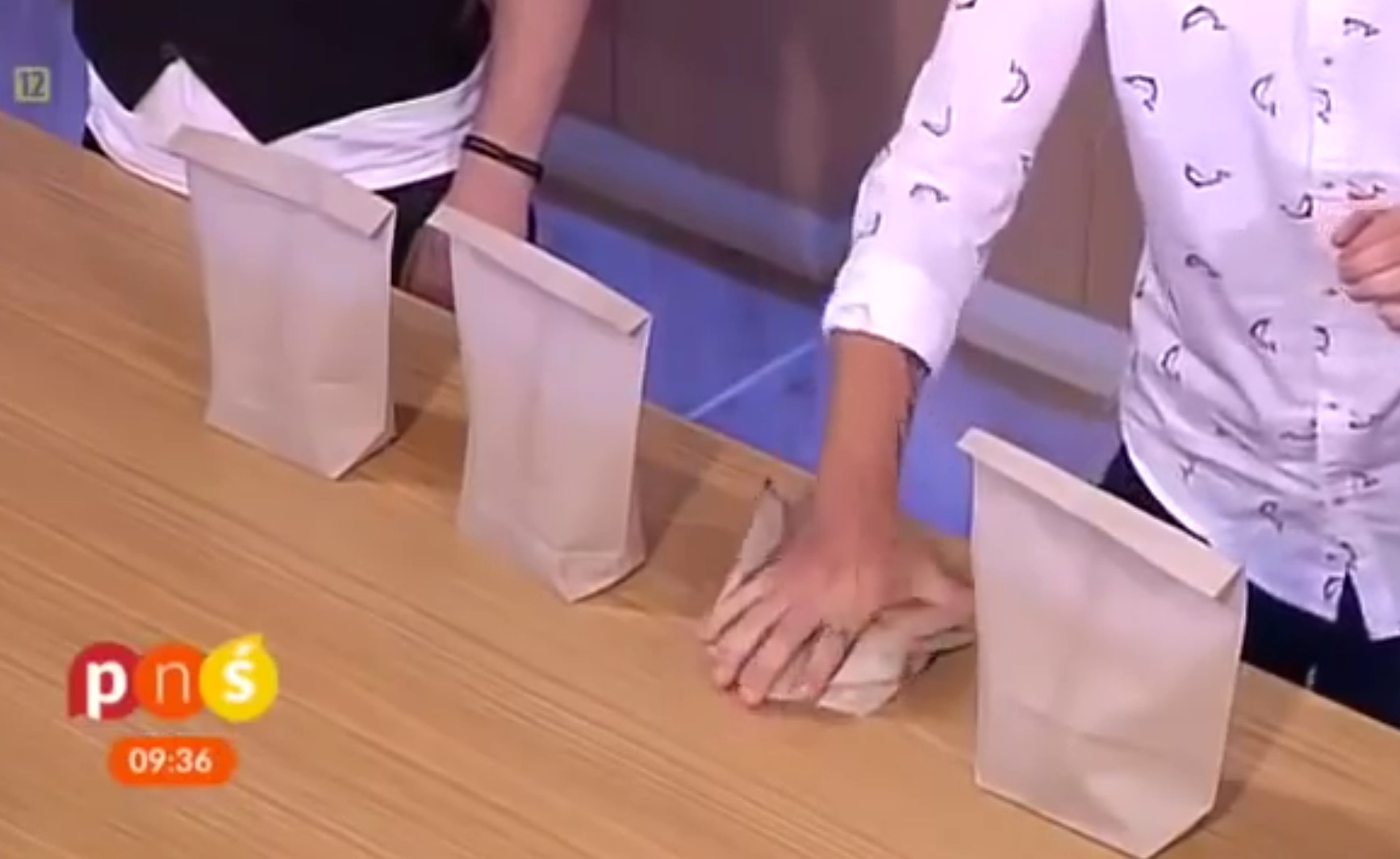 The magician’s just like, “Oi nah, who d’ya think you are? Jesus? As if we’re gonna stick a big metal spike through your bloody hand.” Then, when he’s done mucking with the bags, he shows how f**ken simple it is by slamming his hand down on one of them. 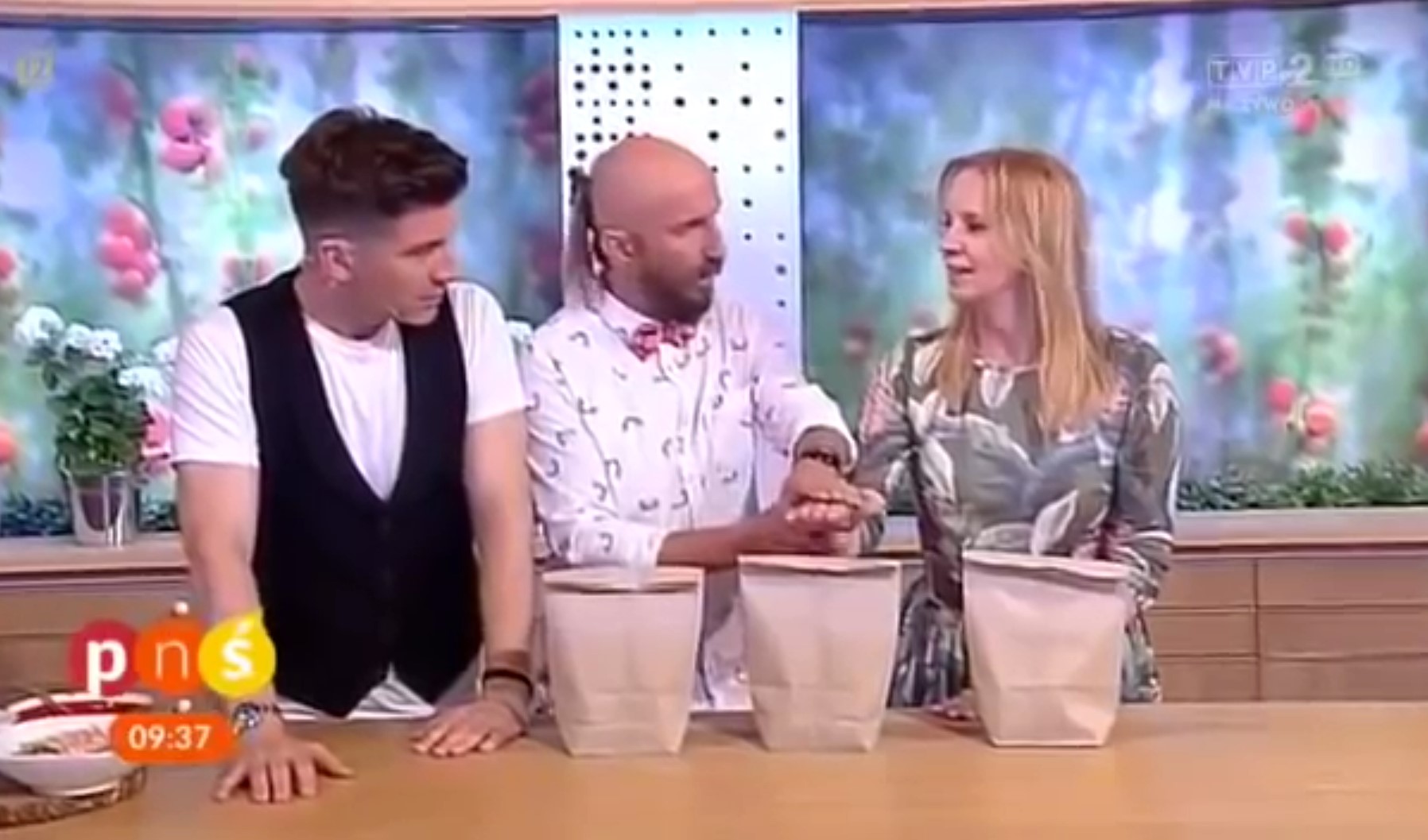 At this moment, he’s looking pretty full of himself. He knows he’s done good, so he takes bloody Marzena’s hand and gets her to slam it down with full force. And then the screaming starts. 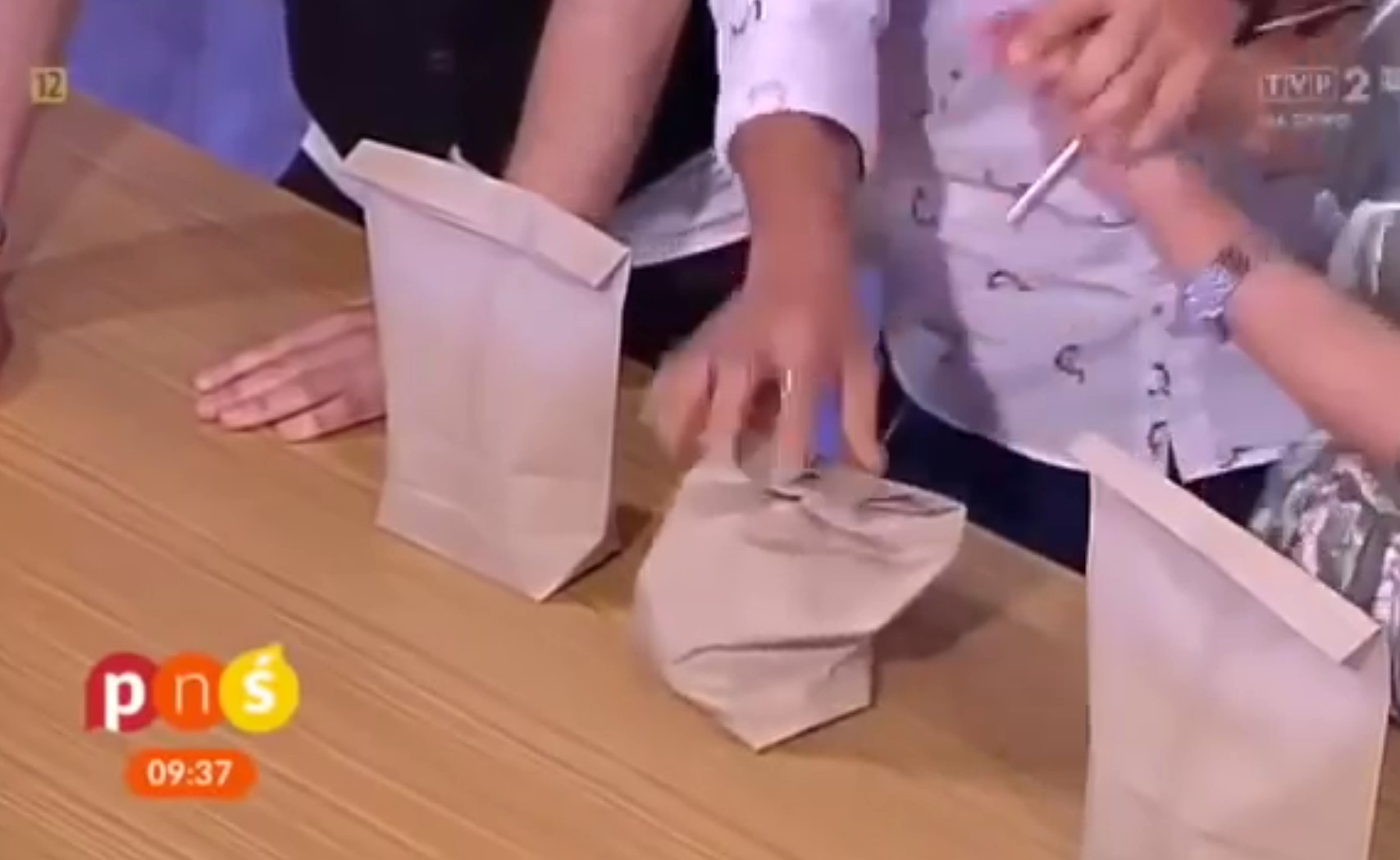 Now, you know how we got you to look at his face before; have a look at the dude now. He is s**tting broken glass. He has royally cocked this one up.

Anyway, we’ll let you watch it.

Final thought: Yeah, look, it’s probably best you leave dangerous tricks like this to the real professionals. Deadset, don’t try to saw anyone in half, don’t try to lock someone in a container full of water, and don’t use real f**ken spikes in your magic tricks. Just don’t.