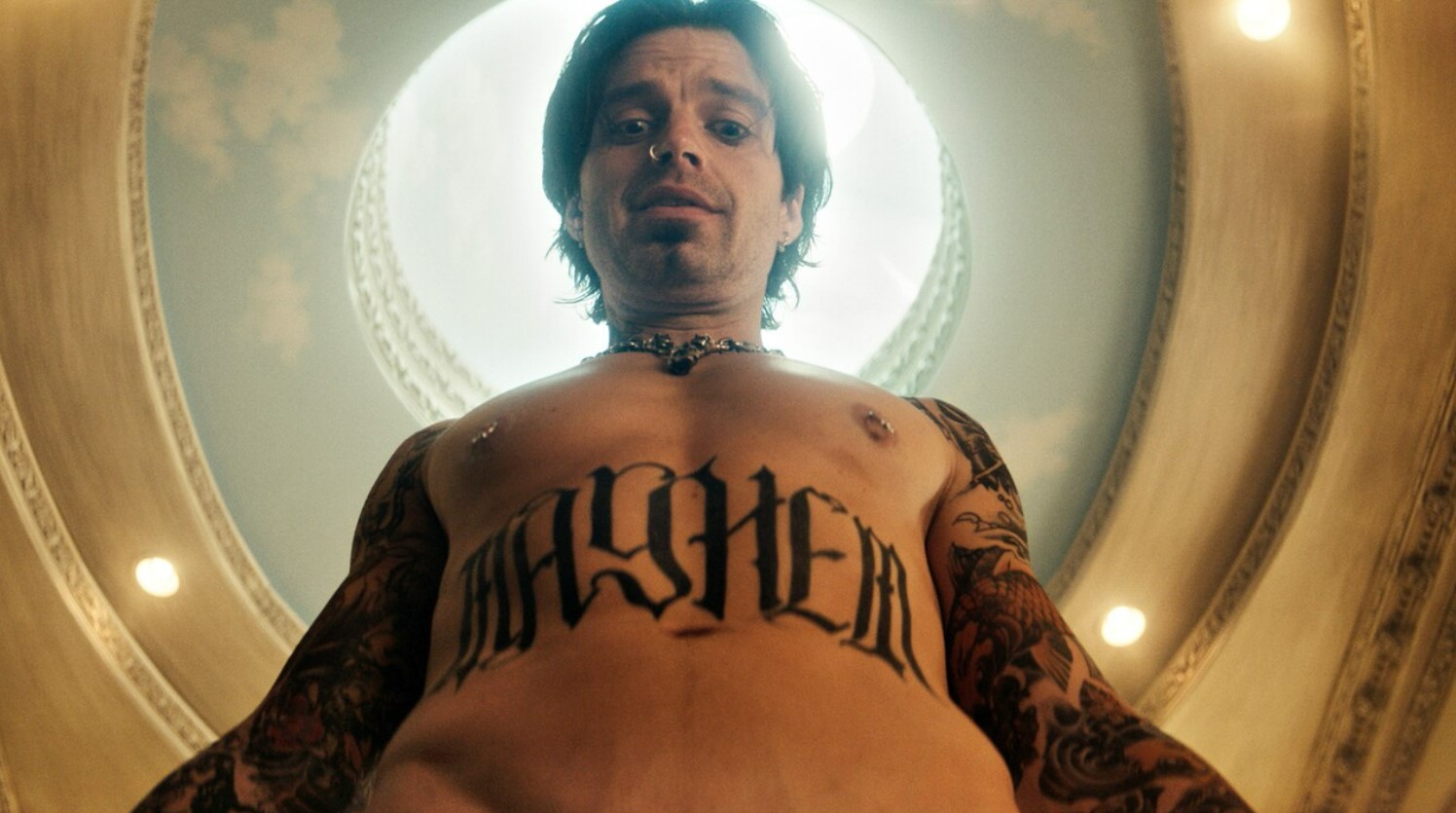 All right, a long time ago, back before every celebrity under the sun was ‘leaking’ a sex tape and living an ‘edgy’ lifestyle, Tommy Lee was one of the original 80s rock n rollers. Yeah, nah, his band, Mötley Crüe, were f**ken massive and they were regularly courting controversy. Of course, the drummer came to form one half of the greatest love stories of the 90s. You know, the one with him and Pamela Anderson…

Me when I saw that prosthetic penis part of #PamAndTommy 🤣🤣 pic.twitter.com/JLlYCZpnK6

— Nikki⎊🏹 When you love something, you protect it. (@malecseternals) February 2, 2022

Fair dinkum, the story was so big that Disney+ has now made a show about it. Obviously, there’s gonna be some risqué s**t in a television show about that, but what’s really got people talking is one scene in particular.

The talking penis caught me off guard #PamAndTommy

To put it mildly, it’s Tommy’s communicative c**k. It’s his wordy wanger, his profuse penis, his garrulous gigglestick. Yeah, nah, there’s a scene in the series where he has a conversation with his custard-chucker.

watched episode 2 of #PamAndTommy and um that is some serious penis puppeteering, folks.

While he’s all p**sed up, he tells his milkbone that he thinks Pam is the one. His schlong is not having it, though. Yeah, nah, it says, “We’ve been down this road before, and it never ends well,” before going on to list other celebs he could root if he just keeps playing the field.

Tommy Lee is talking to his penis.
That's not the weird part.
The weird part is that his penis is answering him.#PamAndTommy

Amazingly, though, it’s not even made up. The show’s writer, Robert Siegal, says, “As much as I’d like to take credit for that, I was simply adapting a chapter from [Lee’s] memoir. I think it might be a first [for television]. There was gentle pushback, because you’ve got to push back a little when a talking penis is presented to you. But Hulu was extremely supportive.”

In #PamAndTommy there's literally a 5 minutes long dialogue between Sebastian Stan and his puppeteered 11 inch prosthetic penis… Why did I watch it 3 times? pic.twitter.com/aBdymHIg2p

The show’s director, Craig Gillespie, says the scene was awkward. “You’ve got four puppeteers working with an animatronic penis. And then, how much is too much, and do you start to lose his emotional torment of what’s going on? Hopefully it works.”

If you’ve seen it, let us know. Does it work?

Final thought: All right, this is obviously nuts. If you’ve seen the show, let us know what you reckon. Is the scene worth the discussion it’s generated or is it all blown a bit out of proportion? Share your thoughts in the comments section. See you there!