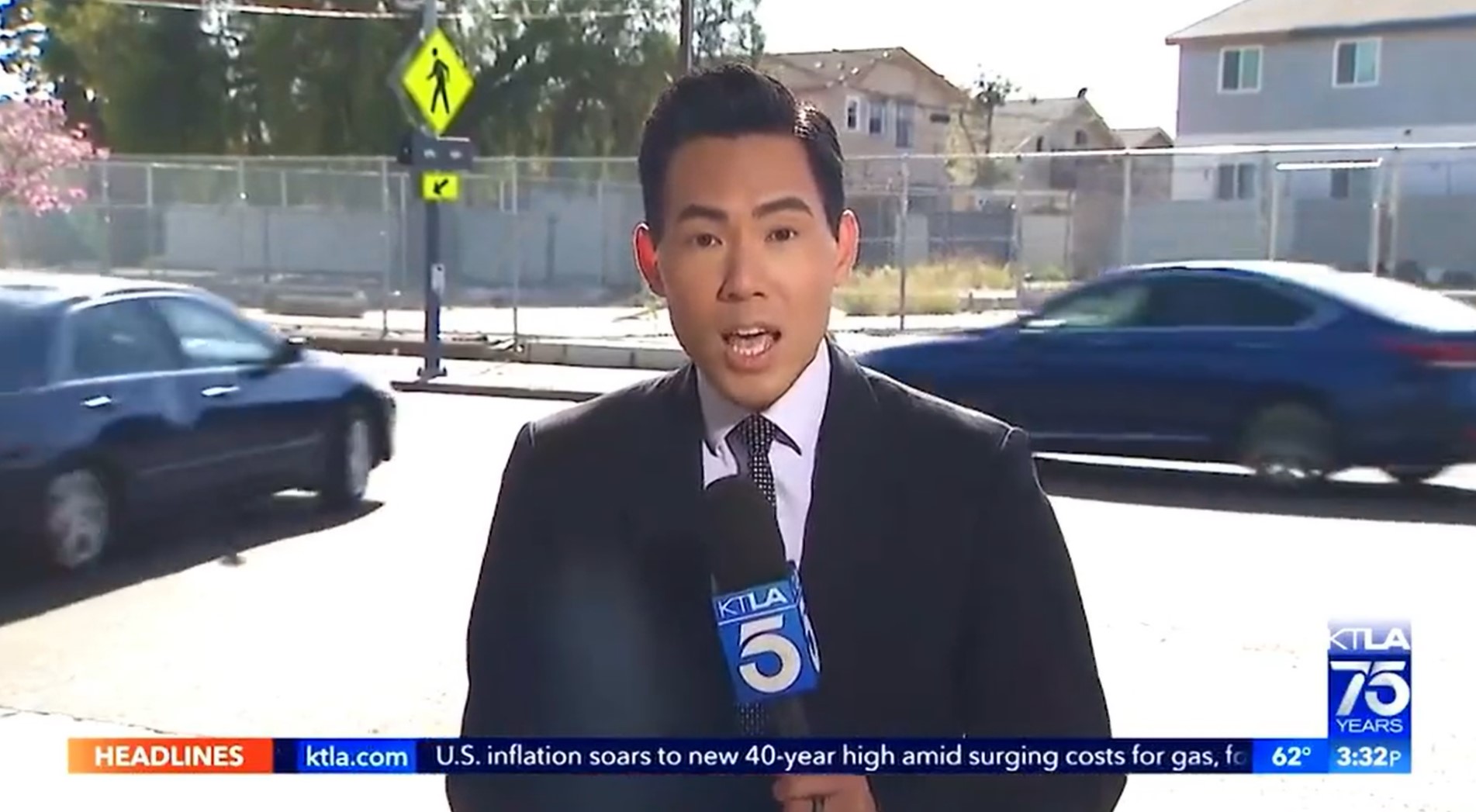 These days, there’s a lot of talk about fake news. Yeah, nah, plenty of people reckon that unless they see the s**t live for themselves, they just aren’t going to believe a word of what television news reporters say. Thankfully, some journos and reporters are doing their bit to bring news as it f**ken happens. With that said, let’s jump to KTLA reporter Gene Kang…

Yeah, nah, deadset, lot of news outlets claim to bring you news as it happens, but bloody Kang is putting his money where his mouth is. While reporting on one of LA’s ‘most dangerous’ intersections, him and his camera crew caught a literal prang on video. 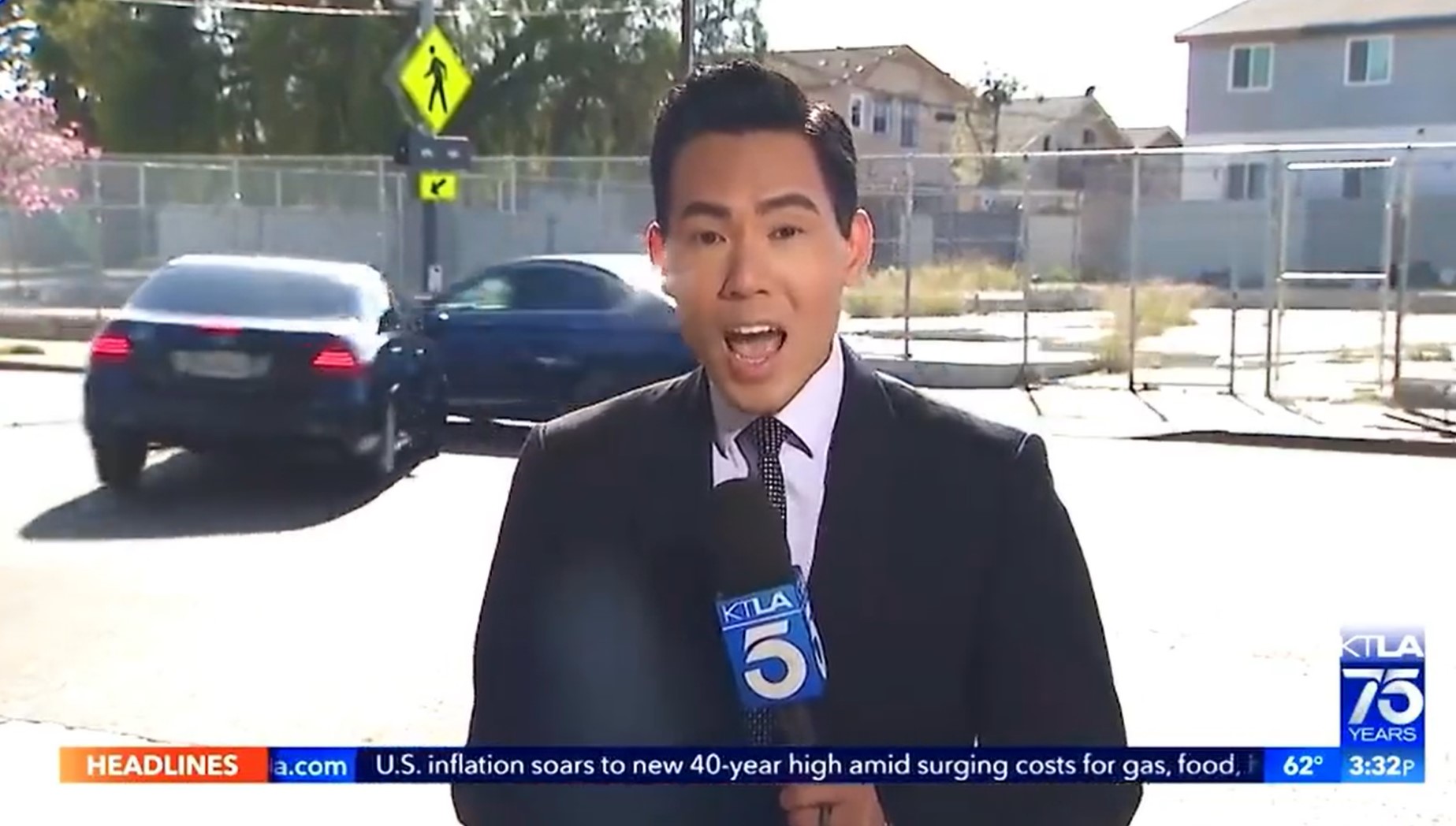 Give it a squiz down below and watch the drama unfold. One minute Kang’s doing his thing – and doing it well – and the next, f**ken BAM! He reckons that “Our security guard Walter Mann yelled ‘get back’ and we moved as the car came racing towards us. It veered away at the last second and T-boned the car!”

When it happens, he’s going, “Yeah, nah, officials reckon it’s one of the most hectic f**ken streets in Los Angeles and now…” 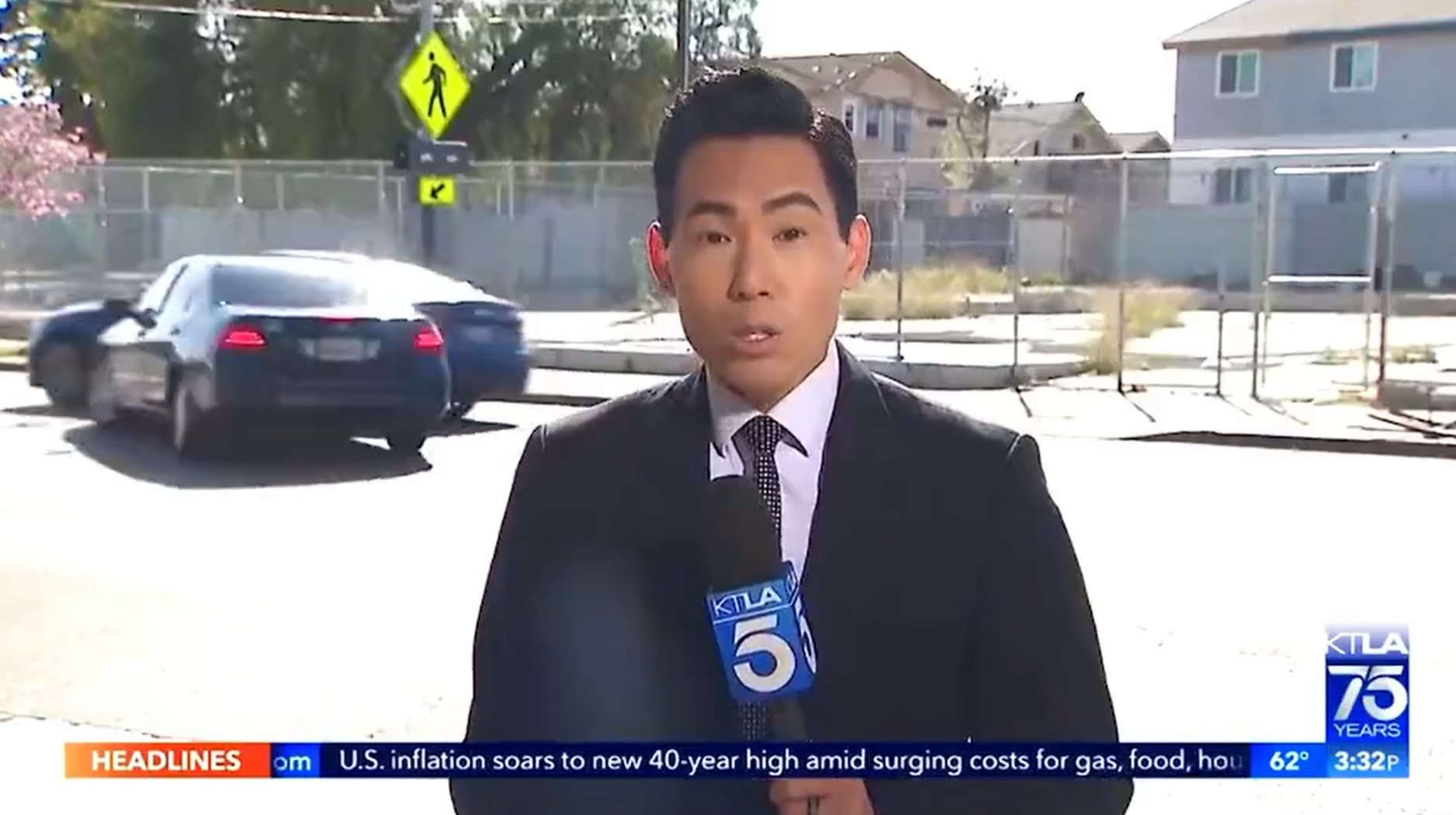 But there is no now. Yeah, nah, he’s cut off when the cars f**ken smash into each other. One of the vehicles veers off while the camera tails it and the other pulls over. Bloody Kang, though, always a professional, gets back to doing his job.

In a later video, he expertly points out the cars they witnessed and does his regular reporting gig. Still, you can’t fault him for taking the time to tweet about it later. 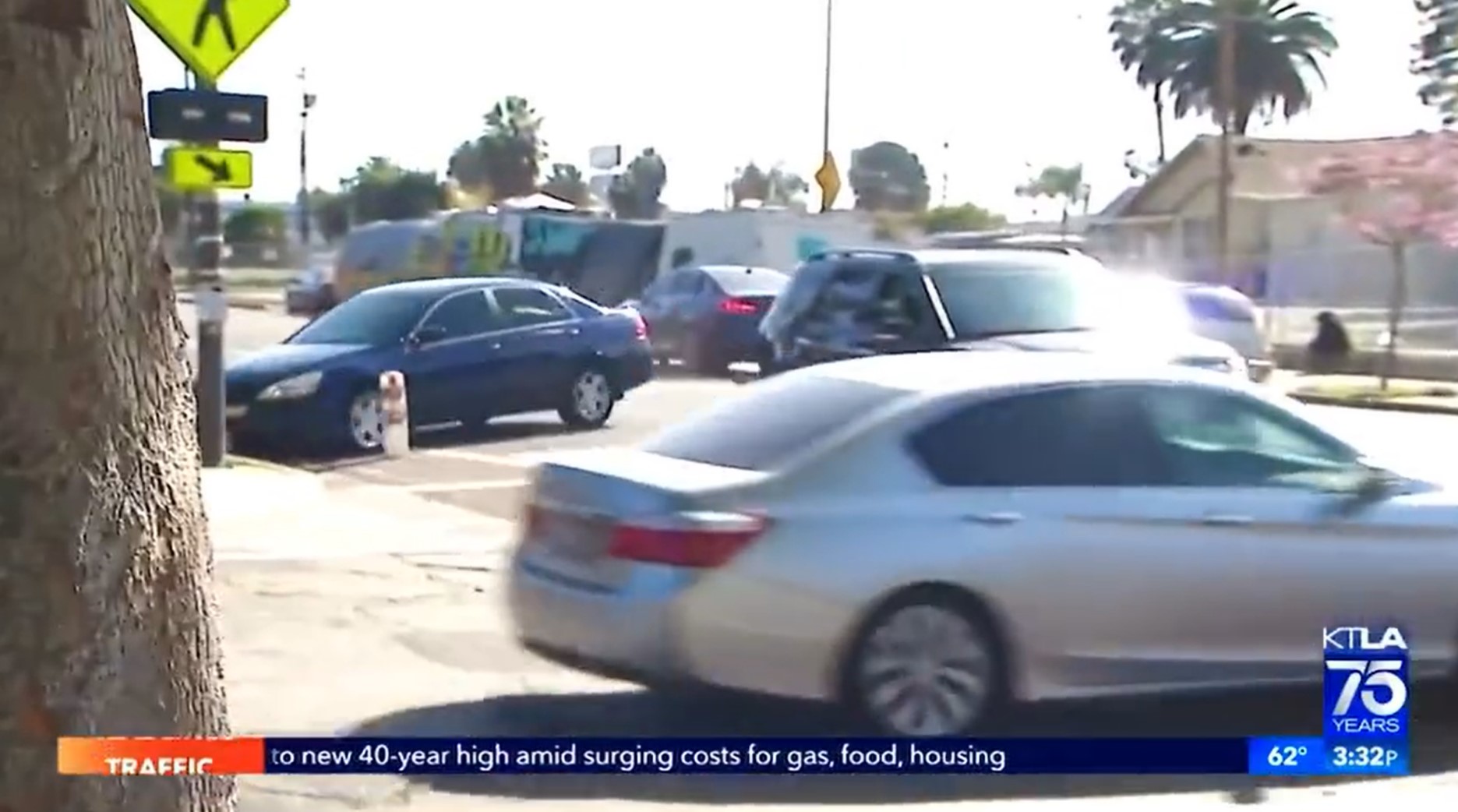 “Crazy crash! I was covering a fatal hit & run story yesterday. I was pointing out one of the most dangerous streets in #LosAngeles (Hoover & 84th Street) – then this happened! We called 911, helped the victims and @LAPDHQ has this video and the license plate. Stay safe! @KTLA.”

Final thought: Yeah, nah, you’ve gotta love this. News not just when it happens, but as it happens, like right at the same f**ken time. Good s**t, Kang. Good s**t.

Crazy crash! I was covering a fatal hit & run story yesterday. I was pointing out one of the most dangerous streets in #LosAngeles (Hoover & 84th Street) – then this happened! We called 911, helped the victims and @LAPDHQ has this video and the license plate. Stay safe! @KTLA pic.twitter.com/syzh09UnSK

Just in case you missed it, here’s one of Ozzy’s latest commentary videos…Ozzy Man Reviews: Animals Being Heroes