We’re gonna be straight up in this one, there’s some themes in this thread that are going to annoy those blokes who’ve got their head so deep in the sand, they fail to see that there are times when random dudes are f**ken terrifying in their interactions with sheilas. Deadset, we know you’ve seen text exchanges between angry dudes and chicks who are just trying to sell an iPhone, but every time the idea pops back up, it’s always worth a reshare. That’s why we’re gonna show you this… 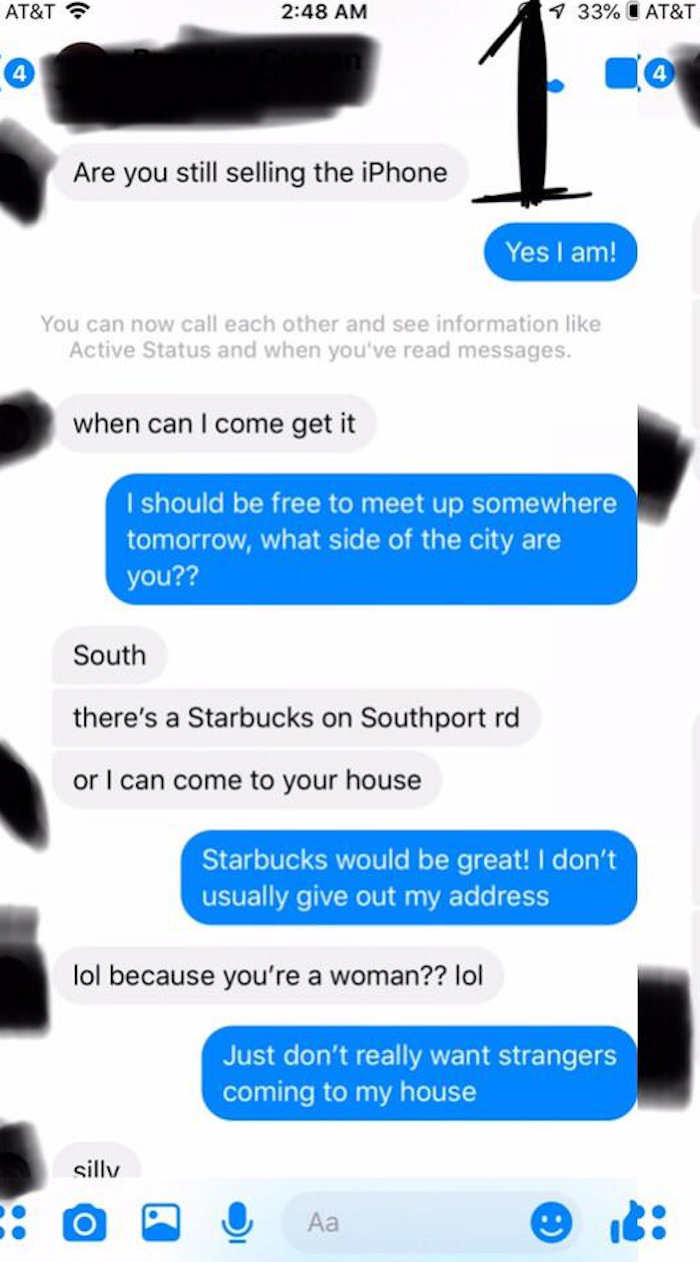 Obviously, the first thing we need to get out there front and centre with this story is that the original uploader isn’t the owner of the texts and we don’t know for sure where they come from. We’ll take that and say, you know what, doesn’t matter. This s**t’s all too believable.

Fair dinkum, we reckon there are sheilas in the comments section who can probably upload screenshots of creepy and unwelcome messages they’ve got from strangers. We know there are f**ken millions of blokes out there who don’t behave like this, but we’re not here trying to tarnish those blokes with the same brush. 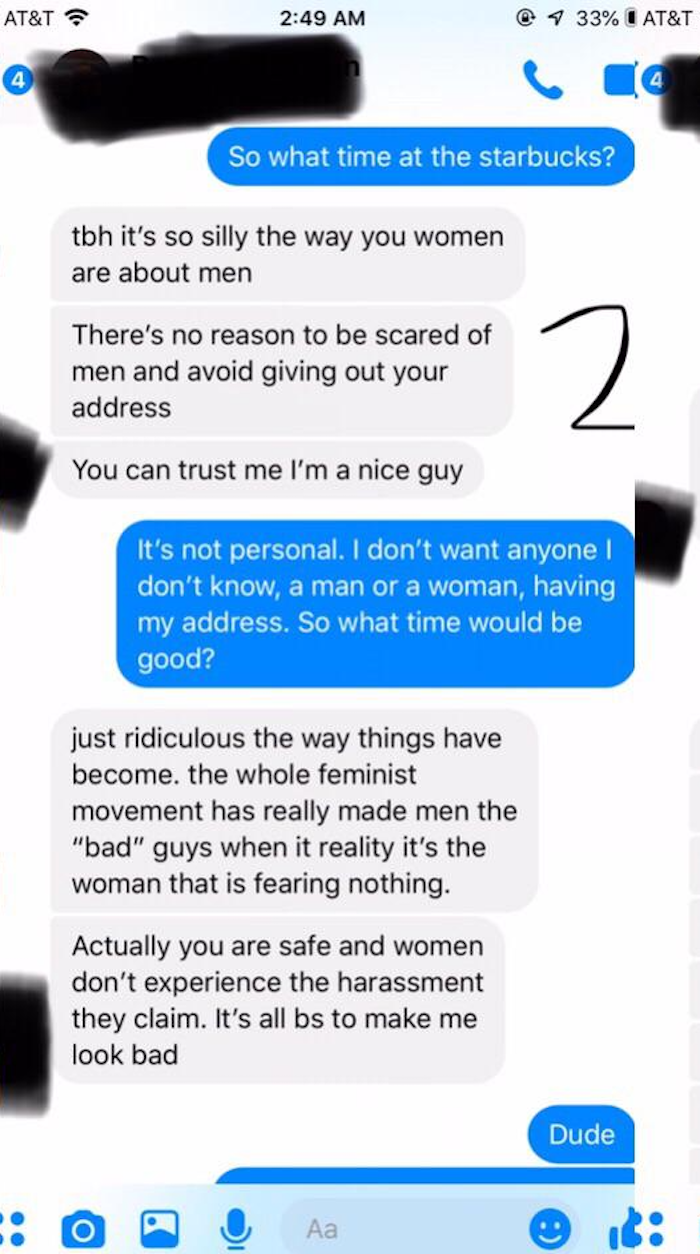 S**t, if you’ve got a mum, a sister, a missus or a daughter, this should bother you. Matter of fact, it should bother you if it doesn’t, because – as we’ve said a few times – it’s common practice for plenty of blokes and the reality is that it’s bloody terrifying behaviour.

In this particular exchange, which is pretty similar to the other ones you’ve seen in the past, things start off innocently enough. A rando bloke is hitting a chick up about the iPhone she’s selling. Then he pushes really friggen hard to meet at her place. 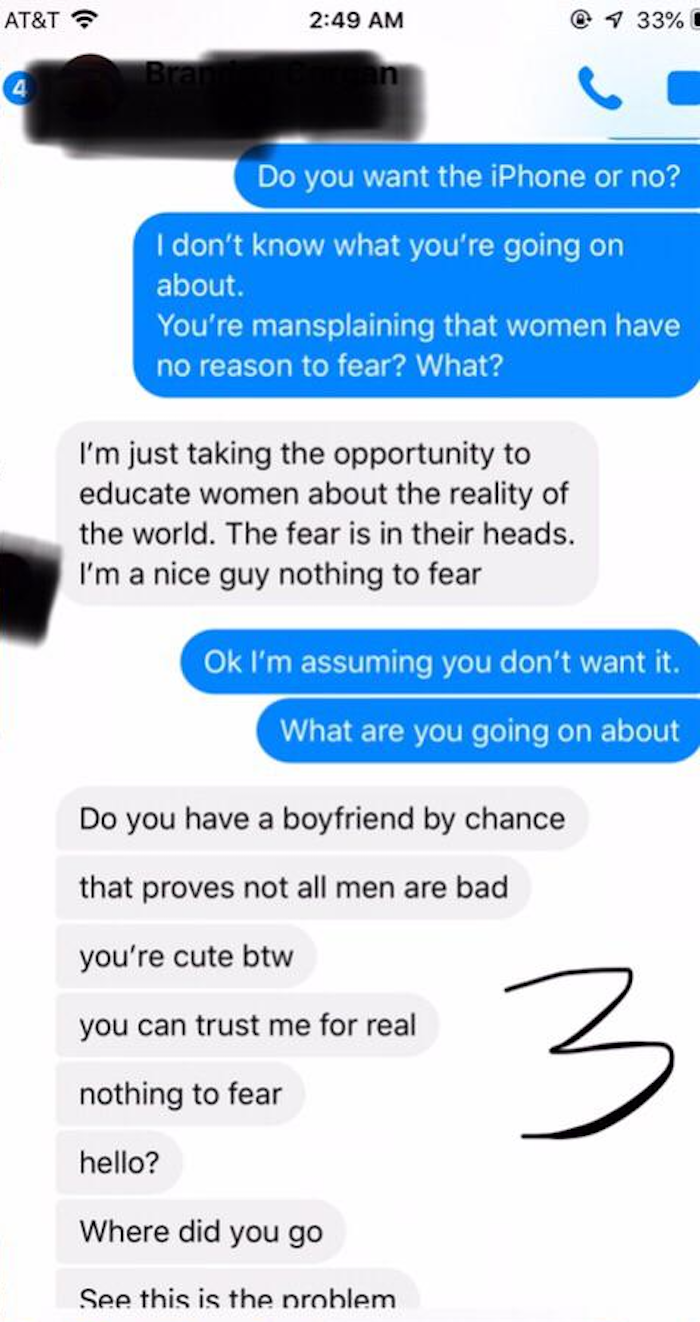 Now, let’s be serious, how many of you actually meet strangers at your house when no one else is around and they act weirdly? Would you let this bloody stranger near your place? Isn’t that like internet rule 101?

Next question we’ll ask – considering everything you’ve read online over the last few years – who hasn’t actually had concerns about letting the missus be the one to stay home when potentially dodgy strangers need to deliver s**t or pick something up. If you’ve never wondered whether or not some f**ked-up bloke is gonna go all Pervy Pete on her, you haven’t read enough internet horror stories. 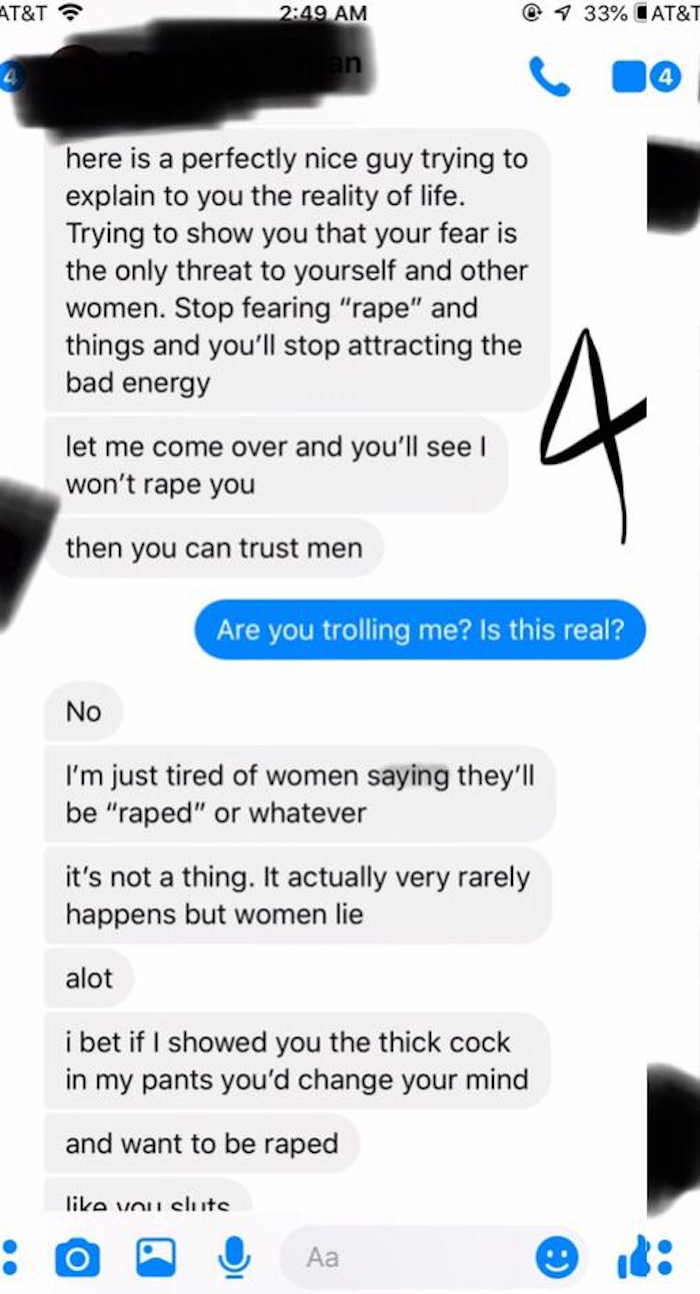 Anyway, getting back to the text messages, you can see for yourself how quickly they degenerate into complete insanity. This sheila was trying to sell an iPhone and now she’s got Hannibal f**ken Lecher abusing her for not wanting to meet at her house. But you know what, he apologises for sending ‘gumdrop’. WTF?

Although, there are some differences to the story, if you know anything about the Bianca Devins murder in the States, you’ll know there were some pretty similar text messages involved in that one, and the reality is that according to stats cited by Ourwatch.org in Ozzyland alone, ten per cent of women have experienced violence at the hands of a stranger. 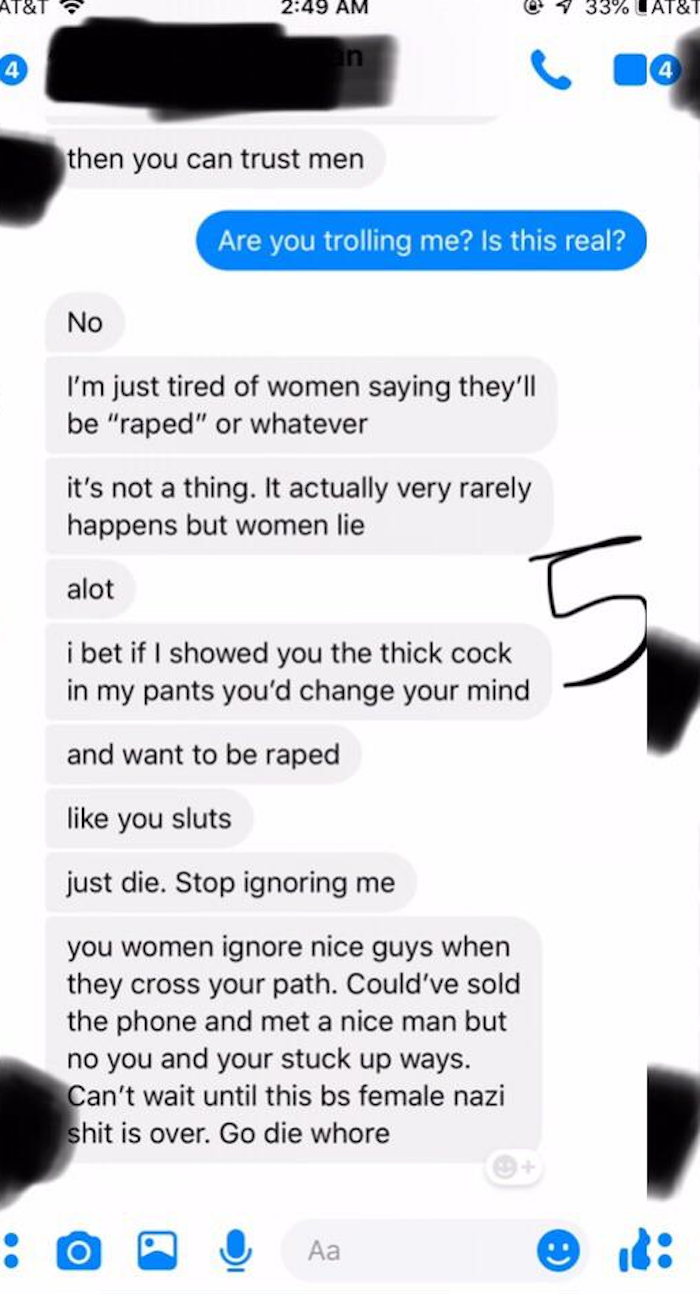 Stats can be pretty f**ken nebulous, but think about the ten sheilas in your office at work and consider that based on those stats, at least one of them has had a stranger assault her. In the Indigenous community, those stats are worse.

We’ve gotten a bit off-track here, but it’s pretty simple for us. We don’t want our daughters to grow up in a world like that and while we reckon most blokes do a pretty good job of calling it out when they find out fellas they know are scumbags, we need to be more vigilant about s**t like this.

Final thoughts: Really, blokes, it’s up to us to do what we can about this. We need to hold each other to high standards, f**ken report blokes we know who are doing it to the copshop, and teach our sons to treat women the way they should. Sheilas, we know blokes in the comments are gonna cry fake about this, so if you’ve got screenshots you can share, load the comments up with ‘em.