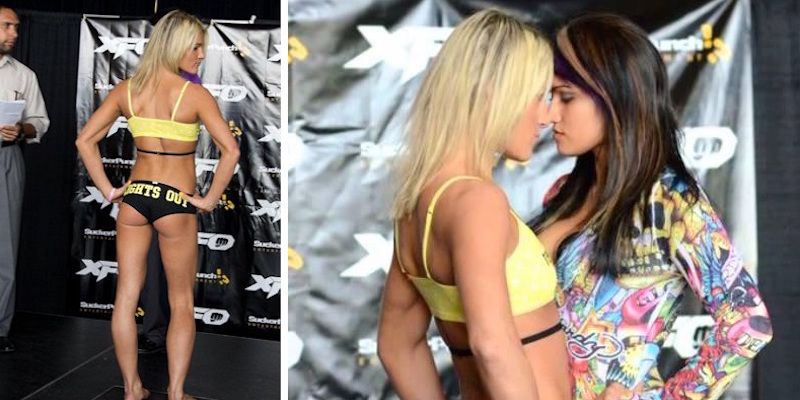 The Hottest Bloody Weigh-In In The History Of MMA

UFC strawweight Felice Herrig is set to make her return to the octagon against Courtney Casey at UFC 218 next month so it feels like a good time to have a little look back at the moment she shot to fame in the world of MMA.

In case you haven’t heard of her, some background: Herrig (aka ‘Lil Bulldog’) is a 33-year-old mixed martial artist who holds a 13-6 professional record to go along with her impressive 23-5 kickboxing record.

The gutsy brawler made her debut back in 2009 and has competed in nine different MMA promotions over the years but she signed with the UFC at the end of 2014 and hasn’t looked back.

Although Herrig lost her first two professional bouts, she managed to turn things around inside the cage and began to piece together some impressive victories. The Illinois native is currently riding a three-fight winning streak at 115 pounds, which is her longest since 2013.

Despite being relatively inexperienced in the UFC, Felice has made a name for herself and is quickly becoming one of the bigger draws in women’s MMA. She’s known for her hard, scrappy style and also being pretty bloody easy on the eyes. 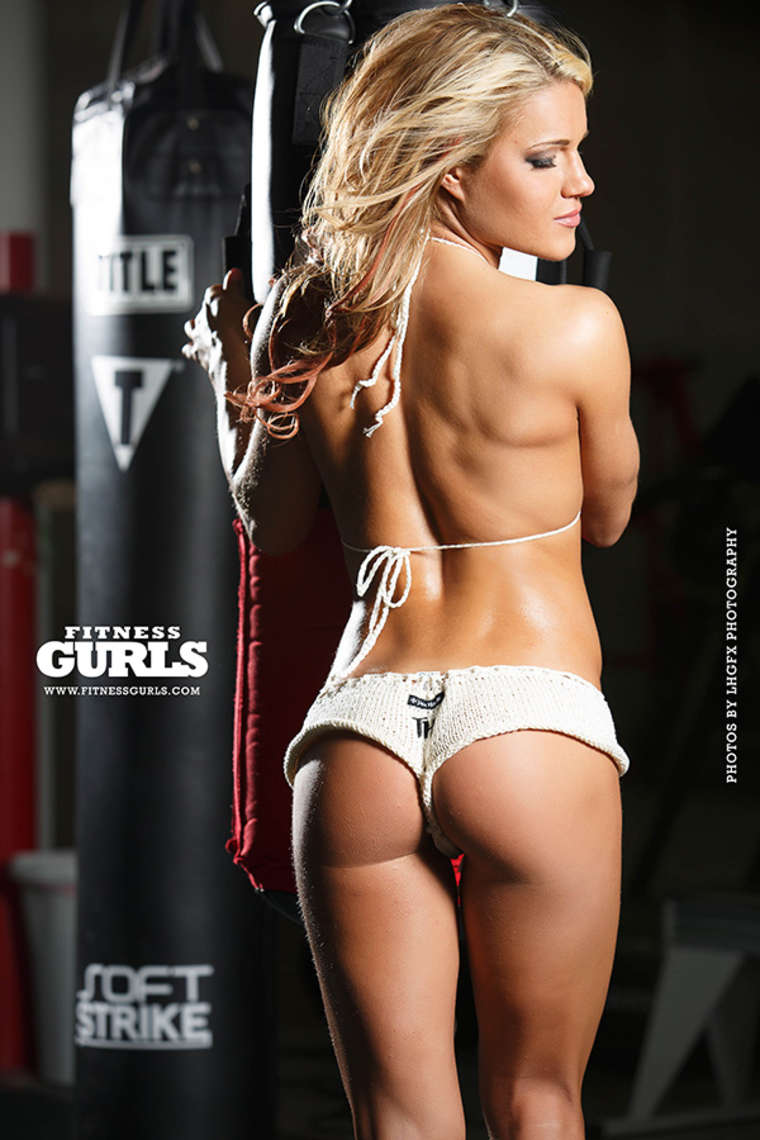 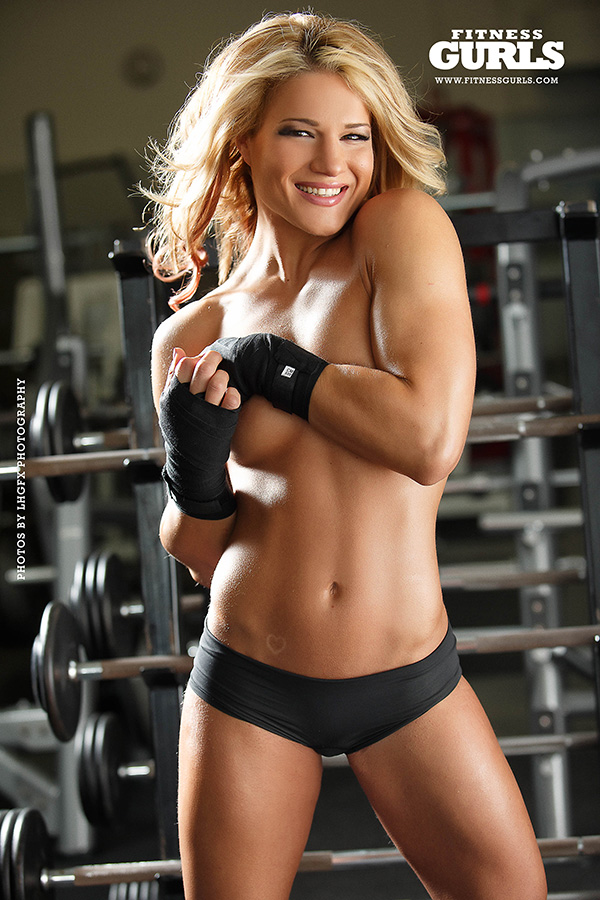 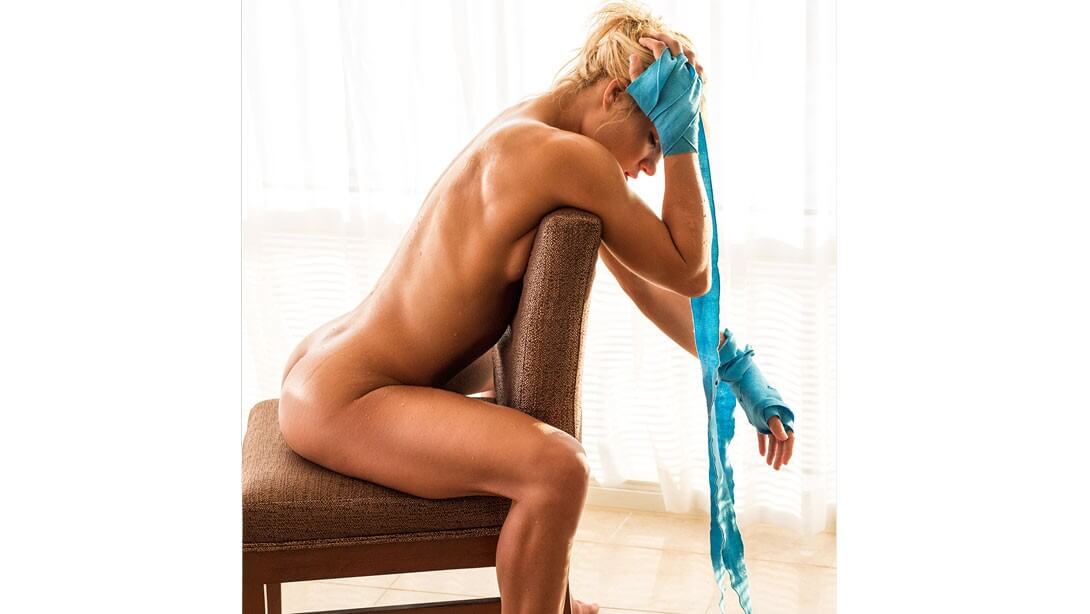 Felice, looking sad that someone has nick both her top AND her shorts… 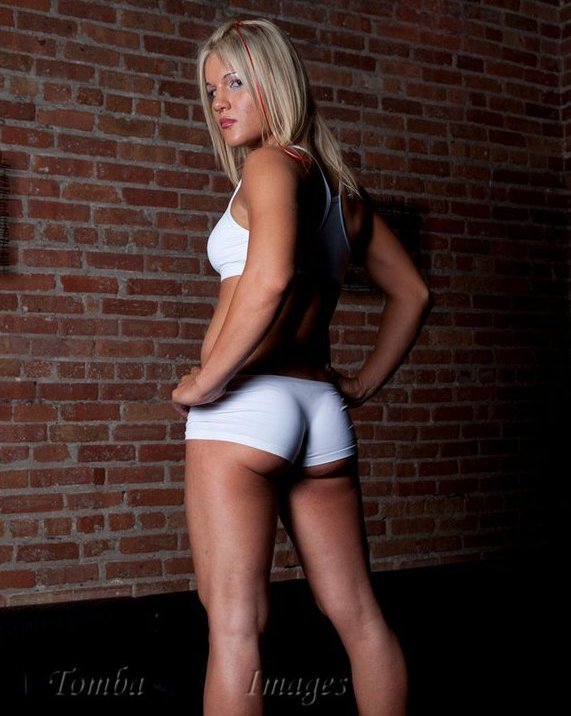 She looks mad at you for looking at her bum… 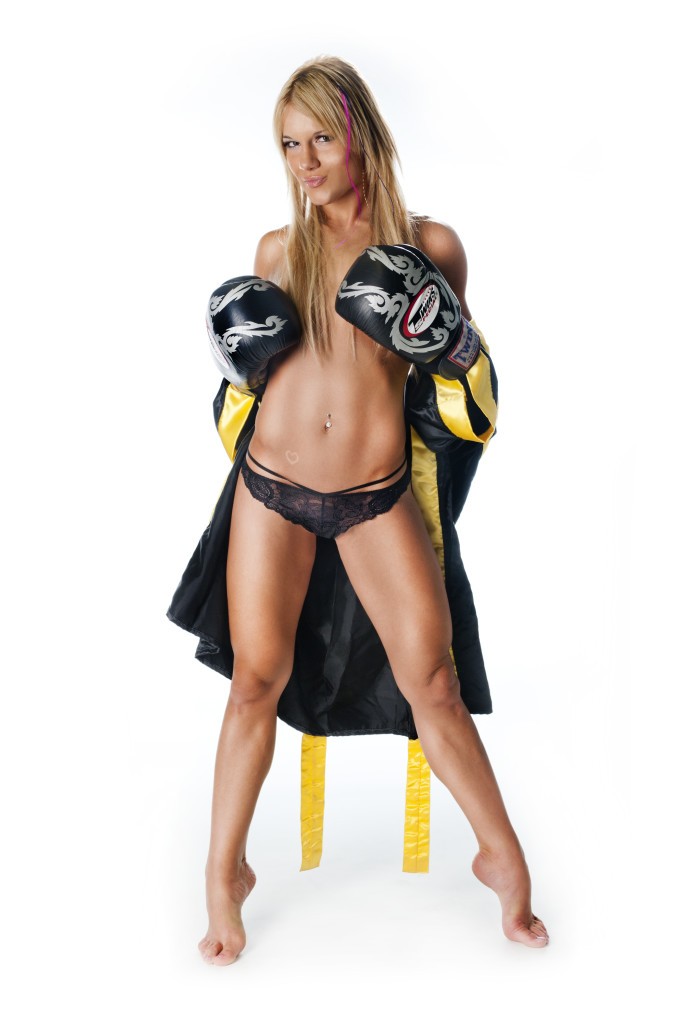 We need to set up a Kickstarter in order to help poor Felice buy some more tops. Actually, that’s a terrible idea…

Prior to her debut in the UFC, Herrig first caught the attention of the MMA world while competing in the Xtreme Fighting Championships (XFC), where she took part in what many fans consider to be the hottest weigh-in in the history of the sport.

Often at weigh-ins, a fighter has had to dehydrate themselves in order to make the required weight and as a result, they look like a zombie from The Walking Dead but every now and then, a weigh-in comes along which leaves MMA fans in awe of what they’ve just witnessed.

This ladies and gentlemen is precisely one of those occasions. You’re gonna want to sit down for this one (and you might need to watch it twice, just to be thorough).

CHECK OUT POSSIBLY THE BEST STAREDOWN IN MMA HISTORY: