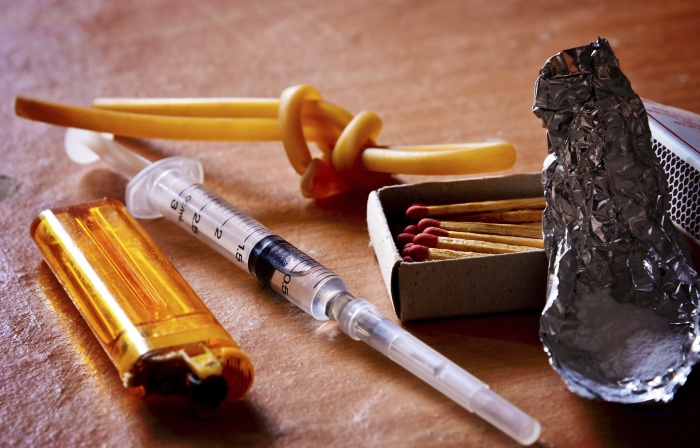 These Images Of A Heroin Addicts Neck Will Haunt Your Dreams

This story originated from Reddit in 2013 but is now doing the rounds on social media as the opioid epidemic in the United States continues to get media attention. The original post was made by a user who claimed to be presenting the “best images” from his medical residency, with several of these images uploaded to imgur.com.

The unnamed patient presented to hospital with severe pneumonia. However, chest scans revealed something a little more sinister. What presented in the initial scans as fine white lines turned out to be segments of needles which had broken off during the patients extended heroin usage. Looking more like the victim of a nail bomb attack than a drug addict, the patient had a prolonged stay in ICU, but survived to walk out of the hospital.

Apparently, the patient had a habit of shooting up directly into his neck, causing needles to subsequently break off and be carried via the bloodstream if he passed out whilst high. When asked about how he got all those needles in his neck, he reportedly stated “Man, they don’t make needles like they used to.” Pawn shops have been repeatedly linked to the drug trade in practically every country in which illicit drug use has become a significant problem. Pawn shops in Australia are required to keep a log, including serial numbers, of all items they buy, and upload details of purchased items to police on a regular basis. Any stolen items that are reported are then seized by police. Unfortunately, these days people are more likely to claim it on insurance and forget about it than go about digging up serial numbers, a fact which junkies and pawn shops alike rely on.

Even if you are insured, you’re doing yourself and everyone else a favour by reporting anything that’s stolen as soon as possible with as much detail as possible. At the very least, we might stop some idiot showing up to hospital with a dozen needles in his neck.