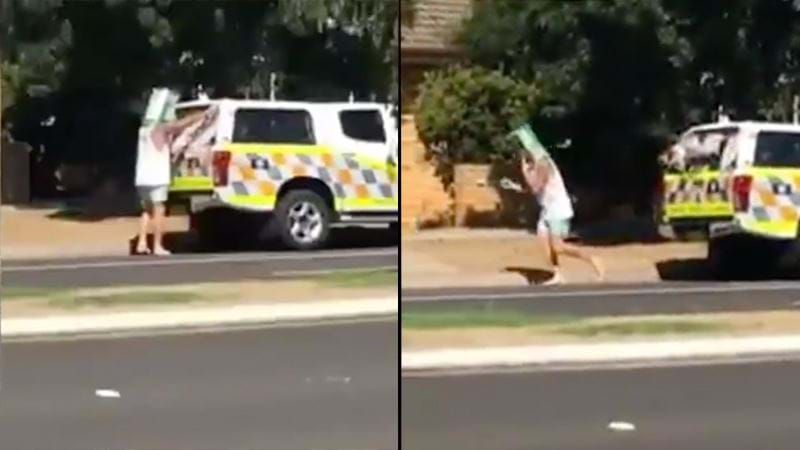 Ever since the days of Ned Kelly, Ozzies have bloody loved a rogue who’s willing to risk it all and do battle with the forces of law and order. Sh*t, if that bloke’s got dodgy headgear on, he’s practically a legend. Of course, Ned Kelly was captured while wearing his silly hat and hung for his crimes and now, the boys in blue are searching for Demerit Man, the ‘hero’ who opposes laws in favour of public safety and wears a VB carton on his head.

We’ll start this one with a caveat – just to get it out of the way early. Just because we think this whole thing is pretty f**ken funny, doesn’t mean we condone Demerit Man’s actions. Speed limits are there for a reason, and too many buggers end up carking it on the roads. When it’s a speed trap as obvious as the one he’s putting out of commission, you’ve got to be pretty sh*t to have your photo taken by it. 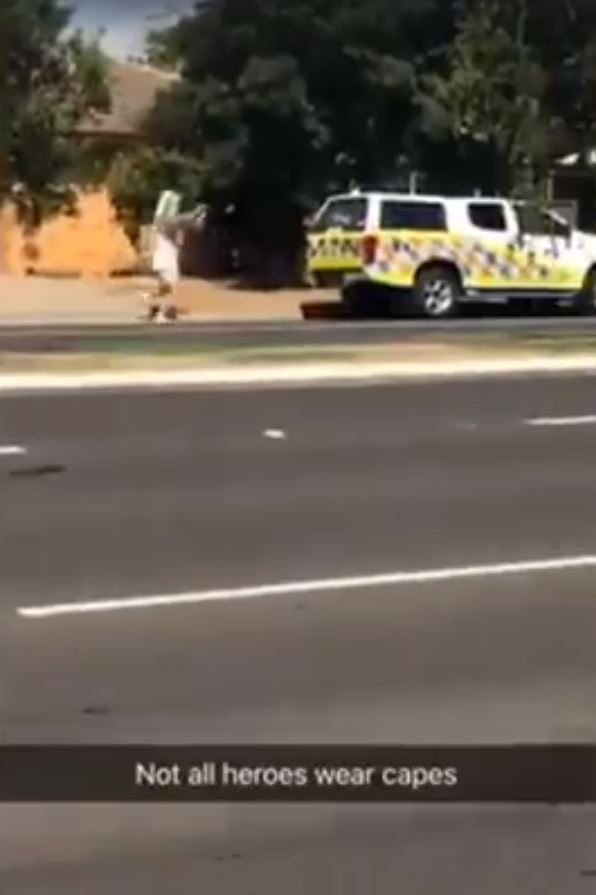 You may or may not be aware of Demerit Man. If you’re not, he’s the bloke who, in singlet, shorts and VB carton helmet, draped what looks like a towel or blanket over the rear window of a mobile speed camera vehicle. And, to be fair, whether or not the coppers think so, there’s something endearing about a larrikin who hides his identity and peacefully shuts down – or attempts to shut down – a speed trap. 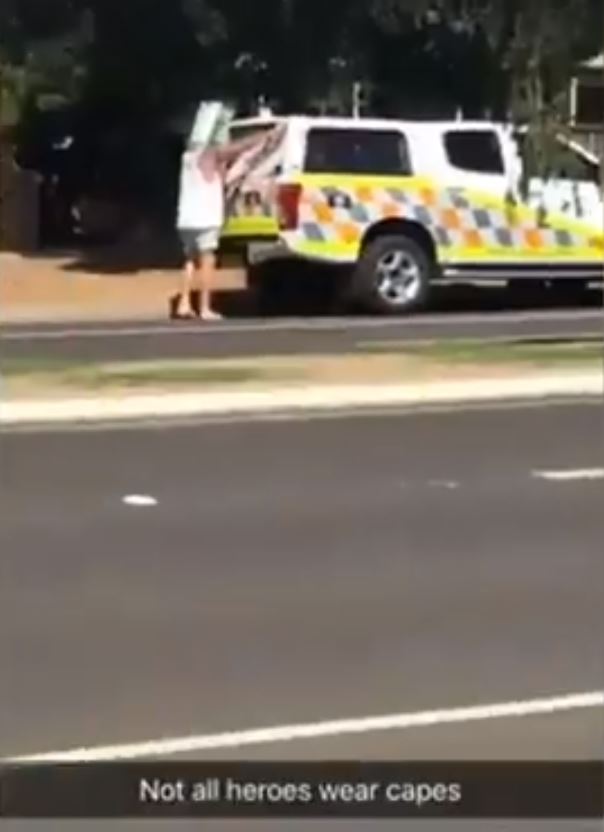 We all know there’s ALWAYS ongoing discussion about speed cameras. There’s furore over whether the cops should be allowed to hide them without notifying you, whether the cheeky f**kers are completely honest with their handheld speed-camera readings, and why they always put them on the downhill side of the bloody hill. But, again, if you’re not speeding, you’ve got nothing to worry about. 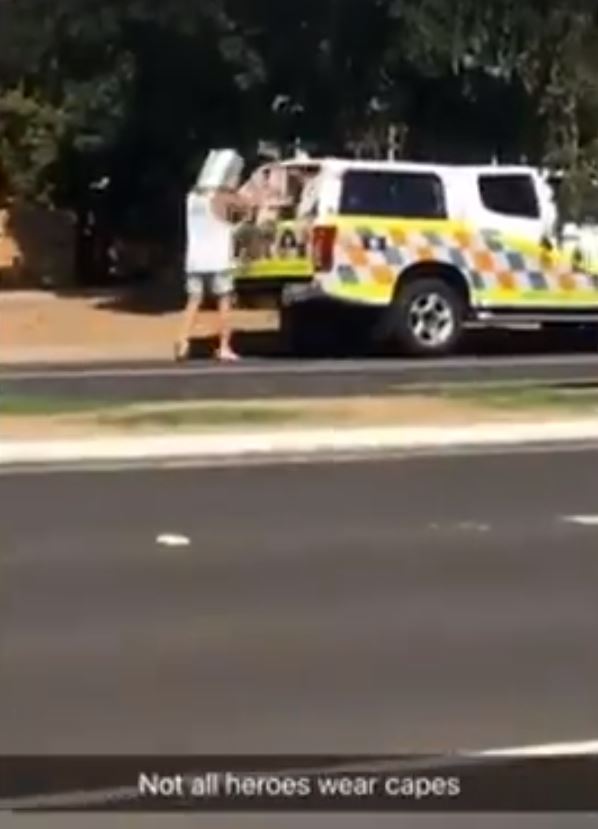 Anyway, despite the fact Demerit Man’s video was captioned with the phrase ‘not all heroes wear capes’, New South Wales’s traffic authority doesn’t think he’s a hero. They reckon old mate was ‘tampering’ with equipment. That makes this sound a whole lot worse than it is and can probably be safely filed under bullsh*t, but NSW Roads and Maritime Services gave only one ominous comment. “An investigation is underway.”

Better lay low for a while, Demerit Man, we all know what happened to Ned Kelly. 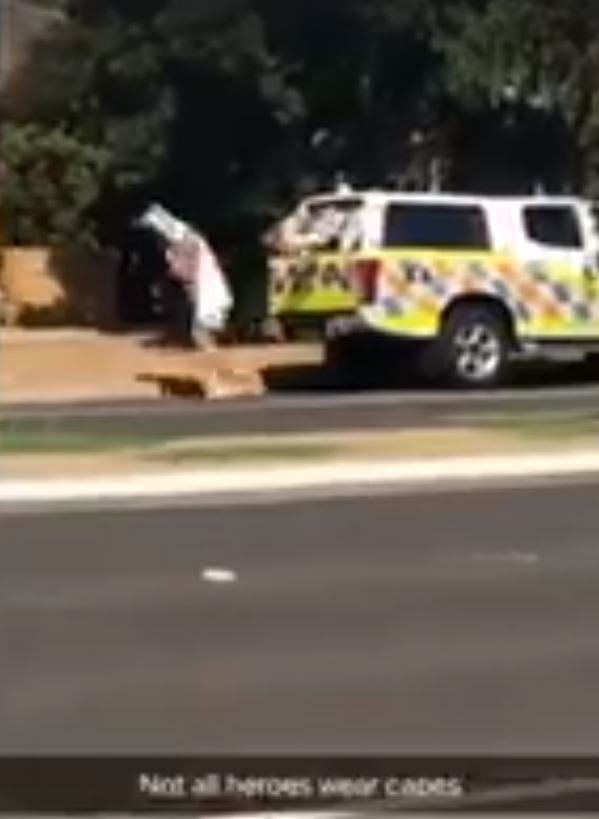 Final thought: This is pretty funny stuff, and in fairness, it certainly looks like it was done as a laugh and not as a protest. However, we don’t recommend you follow in Demerit Man’s footsteps. Stay safe on the roads and keep to the speed limits – whether there’s a camera there or not – you big bloody legends.

Anyone who’s watched movies, read books or played videogames knows that the enemy of your enemy is your friend. While there are probably some exceptions, we reckon that when your common enemy is way more powerful than...