Back in the day, it used to be that if you were terminally ill, you had to hope for the chance to freeze yourself if you wanted to prolong your life. These days, though, science and technology has come a bloody long way, and if you know what you’re doing, you can fight the inevitable and buy yourself some extra time. And, yeah, nah, we’re not bulls**tting you. A bloody legend of a scientist is, in his own words, making the transition from Peter version 1.0 to Peter version 2.0. Here’s how…

Okay, for a bit of that context you blokes and blokettes love so much, we’ll introduce you to this friggen legend before we get started.

Doctor Peter Scott-Morgan, a revered roboticist, was diagnosed with motor neurone disease a couple of years ago.

Far from just sucking that s**t up, he’s used his skills to fight the f**ken power, man! 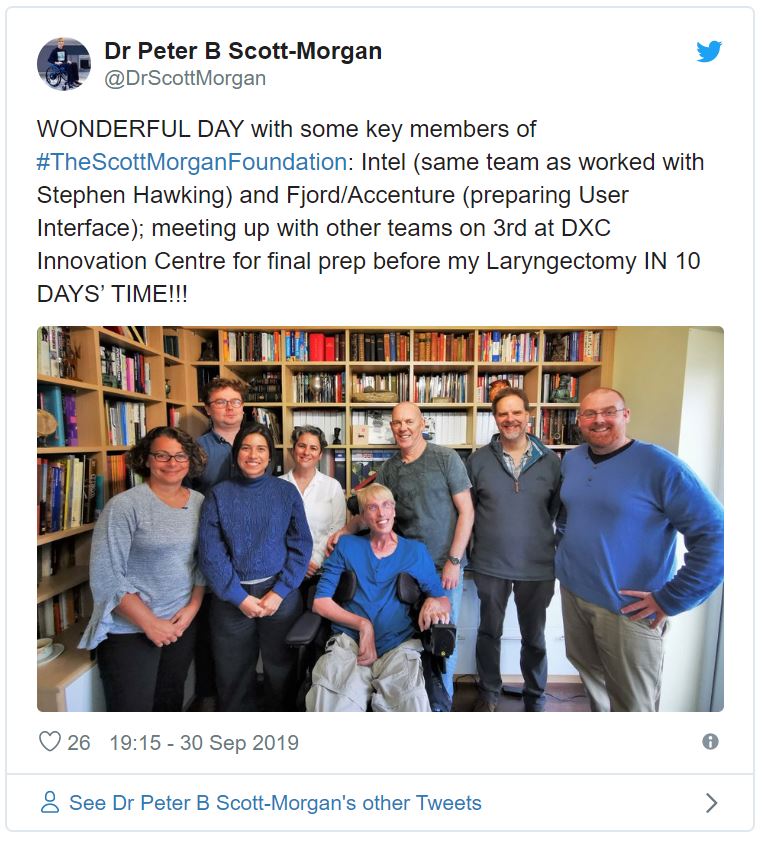 Since the initial diagnosis, he’s been gradually replacing his organic bodily functions with some pretty bloody swish pieces of technology. Knowing that he’ll lose his facial expressions, he’s already a developed an avatar for his face and imbued it with his own facial expressions and reactions, and he’s also working on eye-tracking technology so he can operate computers with his eyes.

This week, though, the bloody legend announced on Twitter that he was beginning the final phase of his transformation.

“THIS IS MY LAST POST as Peter 1.0. Tomorrow I trade my voice for potentially decades of life as we complete the final medical procedure for my transition to Full Cyborg, the month I was told statistically I would be dead. I’m not dying, I’m transforming! Oh, how I LOVE Science!!!” 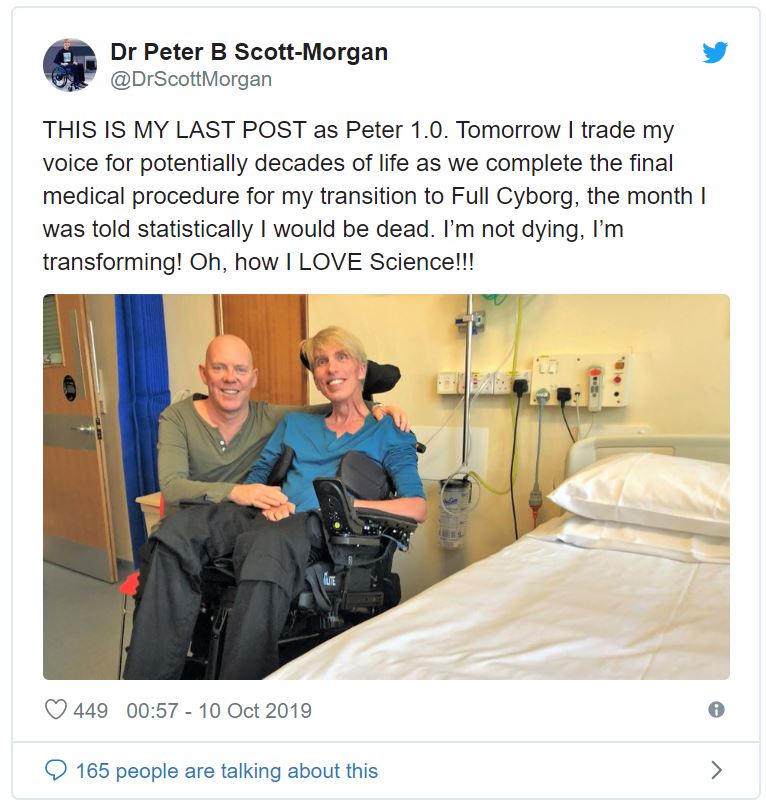 This top bloke – who clearly loves life – has opted to undergo a laryngectomy, which’ll prevent him from getting saliva into his lungs, but will cost him his voice. Fortunately, he’s already been working on a solution. Here’s how he explains it:

“VOICE BANKING – BUT NOT AS YOU KNOW IT! I’m spending 30 hours in this recording studio to research how to add not just Expressiveness to my existing synthesised voice so I don’t sound robotic, but ALSO add some Personality. Really? Really. Really?? Yes, REALLY! See what I mean?!?” 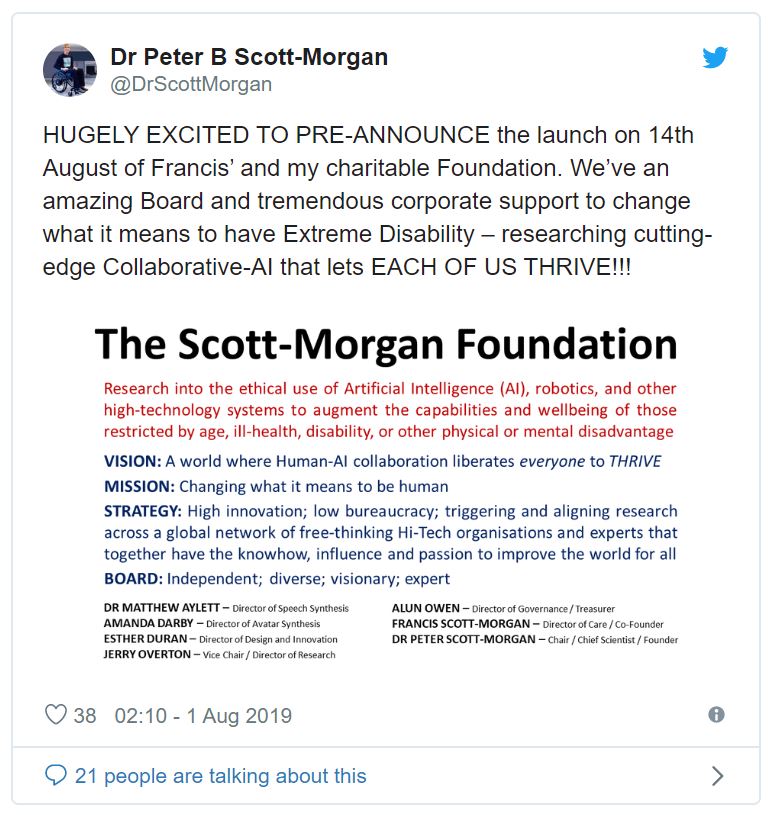 On top of all that, this hasn’t just been something to benefit him. He’s hoping his Scott-Morgan Foundation will help other people in his situation thrive.

Final thought: The only thing we can say here is that f**ken technology is the duck’s nuts, right? Deadset, this is only going to be the start of the kinds of cool things people will be doing in the near future. Letting people in Peter’s position continue to live happily by using technology is an absolutely bloody bonza development. F**ken bring on the cyborgs!