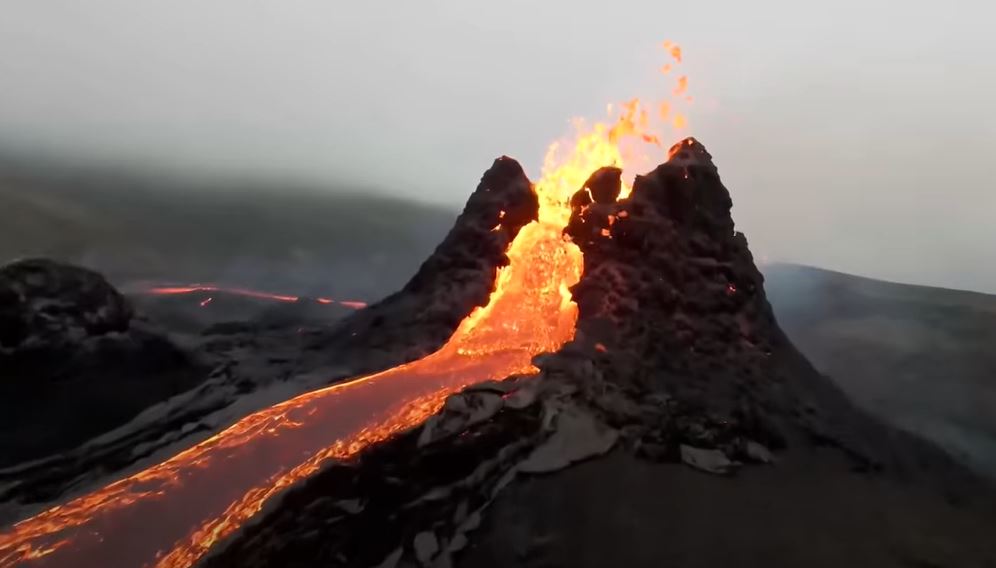 Mate, we’ve said this before, but drones can be pretty f**ken rad when it comes to capturing awesome footage. Obviously, there’s loads of videos online that back that s**t up, but a recent video caught by Bjorn Steinbekk, an Icelandic bloke who goes by the name ‘A guy with a drone’, might have just won the argument forever. Check out his footage of Iceland’s Fagradals Mountain erupting…

If you’re not already aware of this, the volcano popped its f**ken top for the first time in over six-thousand years the other day. Yeah, nah, according to scientists, there had been a few clues it was gonna blow, but it was still a bit of a surprise.

Apparently, s**t seemed to be settling down, then BAM, she’s just f**ken lost the plot. Anyway, no one’s been hurt, and it’s all happening in a valley that’s like 25km from the nearest town, so have a bloody squiz and enjoy the fore-mentioned drone footage.

Bjorn, who seems like a pretty cruisy fella, posted the footage to Instagram. It’s since gone viral, and he’s also shared a few vids to his YouTube and Twitter accounts. As you can see, the footage is pretty f**ken spectacular, and it’s obvious why people online have been loving and sharing it.

Bjorn’s captured the rivers of lava, the bubbling eruptions, and some f**ken awesome angles with his drone. Fortunately, he reckons it wasn’t harmed by the heat, and has since shared a couple more vids to his YouTube.

80% of success is showing up. Rest is luck. New video up! #iceland #volcano #djifpv https://t.co/9riLzToO5A

In one of his tweets, he says, “80% of success is showing up. Rest is luck!” We couldn’t agree more.

Final thought: Honestly, there’s not much to say here except a big thank you to Bjorn for the awesome footage. Give his YouTube vids a squiz and subscribe to his YouTube. Good s**t!