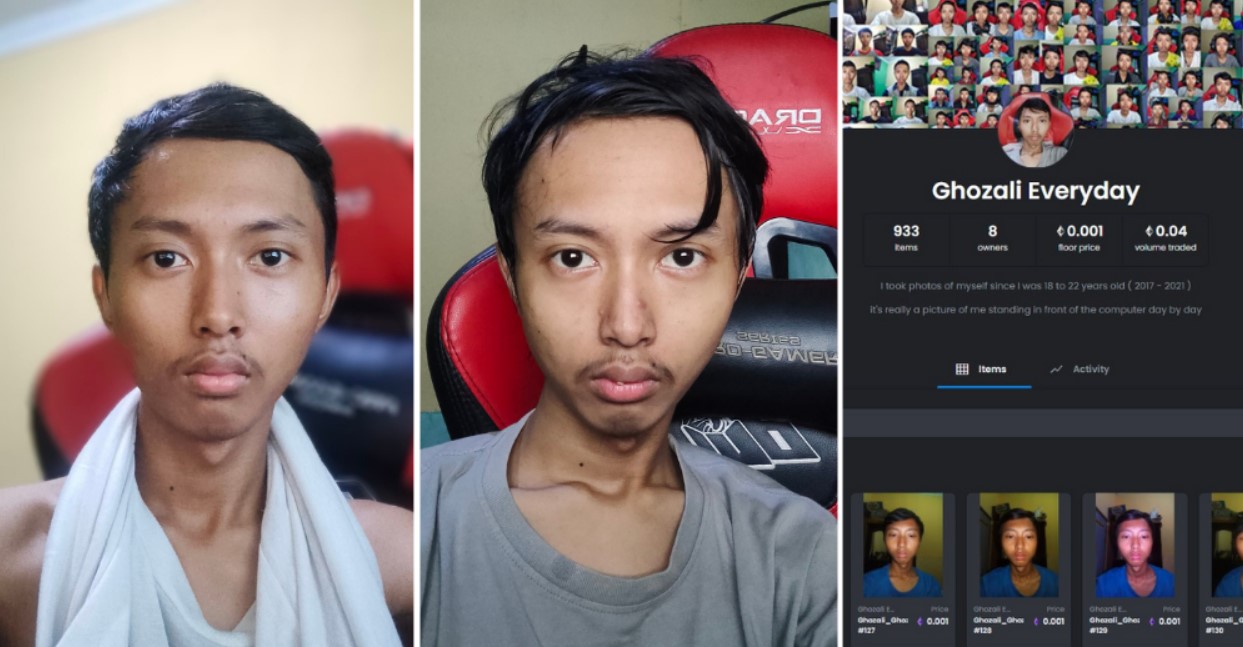 We’ve no doubt you’ve all had a laugh at the idea of NFTs, but one thing we can’t deny is that people are out there spending money on them. Yeah, nah, it’s true. Just ask Sultan Gustaf Al Ghozali, a 22-yr-old Indonesian bloke who uploaded a bunch of selfies for a joke. The kid’s now a millionaire. Deadset…

OK, in pretty much the same token as last time we mentioned NFTs, we’re gonna give you this little precursor to the story. We’re still not a hundred per cent sure how they work. We’ve read up on it. We think we understand it, but it doesn’t feel right, so we’re gonna leave that bit out. After all, it’s not super-pertinent, and we wouldn’t wanna give you misleading info.

and in the future for this year hopefully I will graduate from college and be able to take my graduation photo, it will be a cool triphttps://t.co/sBdKmtzvXe

One bloke who is all over the way they work, though, is Sultan Gustaf Al Ghozali. This little legend has found himself with more cash than he can shake a stick at by selling NFT versions of his selfies.

He’d been taking a selfie every day as part of a project he was completing for his school graduation: a timelapse video of his face, which meant he took a photo every day for five years. All of this led to him uploading them to NFT marketplace OpenSea under the title “Ghozali everyday”.

Originally, the pics were being sold for $3, but after a celebrity chef snagged a couple, the price shot up and the rest is now history. Since then, more than 400 people have bought and traded more of his images and Ghozali has earned a cool 317 ether. Apparently, that’s equivalent to a million US dollars.

every #NFT photo I take has a story behind

This photo was taken during the second corona vaccine https://t.co/pZfJKoKuc9

On his inspiration for putting them online to begin with, Ghozali says, “I was thinking it might be funny if one of the collectors collected my face. I never thought anybody would want to buy the selfies, which is why I only priced them at $3.”

Now, though, with money put aside for his dream of opening his own animation studio, Ghozali says, “I don’t understand why you want to buy #NFT photos of me !!! but I thank you guys for 5 years of effort paid off.”

I believe in you guys so please take care of my photos. pic.twitter.com/oyGGR2Aben

Not bad work if you can get it.

today sold more than 230+
and until now I don't understand why you want to buy #NFT photos of me !!!

but i thank you guys for 5 years of effort paid off pic.twitter.com/nHZJnowCMC

Final thought: As we said above, we’ve no idea if this is just like winning the lotto or if we can all do this. If you’ve got the inside scoop, f**ken let us know in the comments section. See you there, you legends.

Back in the day, it used to be that if you were terminally ill, you had to hope for the chance to freeze yourself if you wanted to prolong your life. These days, though, science and technology has come a bloody long w...