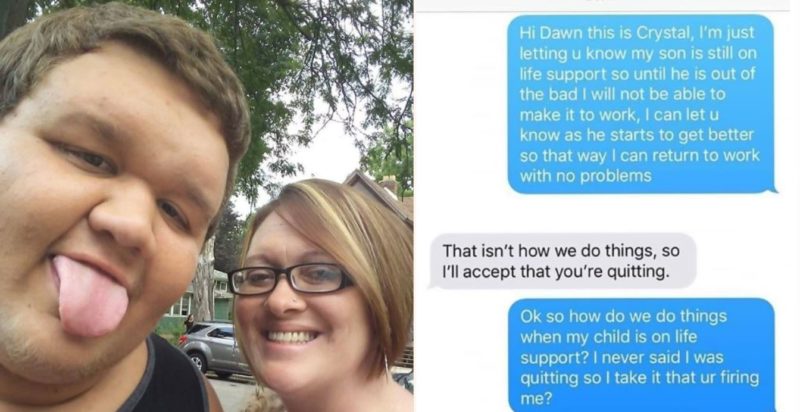 Mum asks for time off when son is put on life support, manager’s response causes outrage

Every now and then, everyone has to face some sort of personal catastrophe in their life. It’s a s**t state of affairs, but unfortunately, there’s just not a lot we can do about it. Yeah, nah, it’s a rough old ride, and sometimes the only thing you can be thankful for is the support of your loved-ones and workmates in a time of crisis. Well, that’s how it should be. Unfortunately, not everyone got the memo – and that’s why some people fully deserve their comeuppance.

Righto, meet Dawn the particularly unreasonable manager. She’s one of those people who didn’t get the memo. Naturally, when she went bloody bananas on a mum in a bit of a spot, she received some of that sweet, sweet comeuppance in no time. And, er, yeah, it was more than deserved. 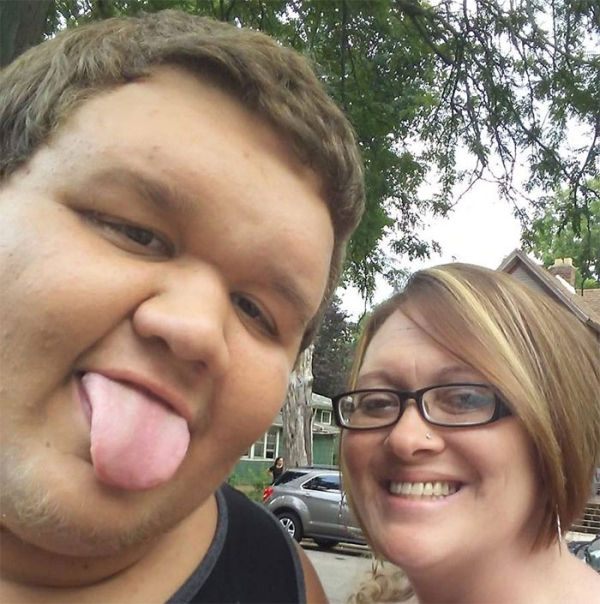 Crystal Reynolds Fisher was understandably distraught when she found out her kid was on life support and started to make arrangements so she could look after the poor bugger. Unfortunately, things hit a snag when she messaged her boss at PS Food Mart, Dawn. 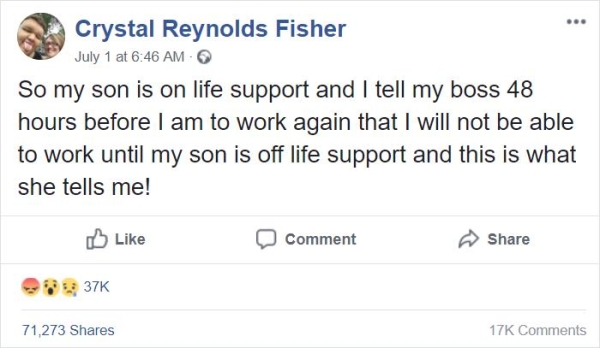 Deadset, she explained the situation. Anyone in their right mind would be like, “No wukkas. Take all the time you need. We’ve got your back, and if you need anything let us know.” 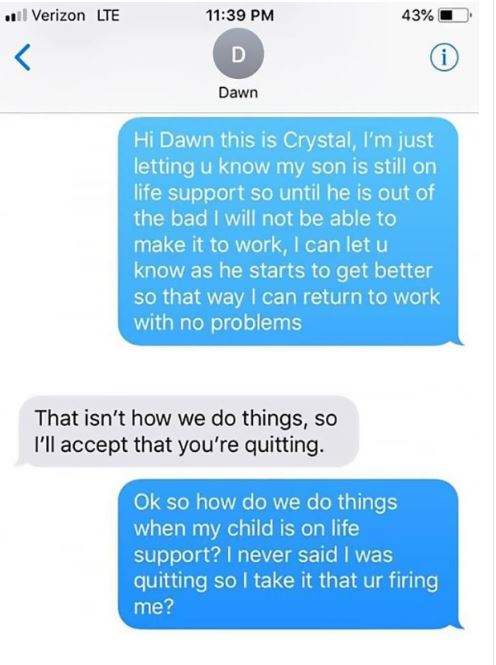 Dawn, though? Well, you can read the responses for yourself, but Dawn wasn’t having any of this slacker behaviour. Yeah, nah, she was like, “Get to work, bitch. Bills to pay.” 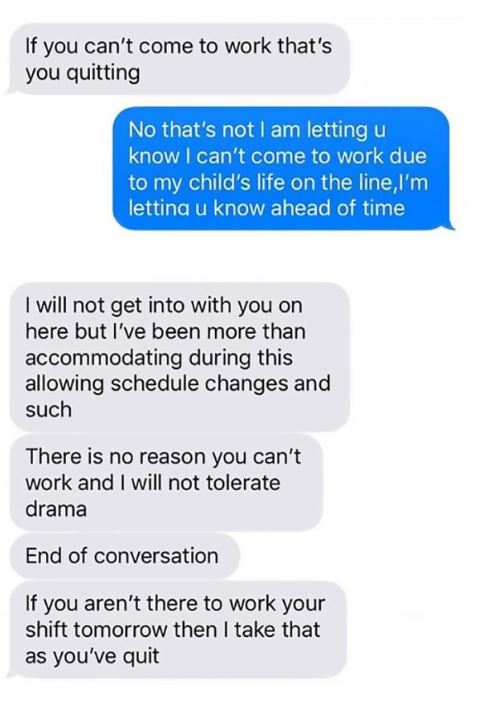 As is usually the case when this sort of thing plays out, it turns out that Dawn’s bosses weren’t too keen on her behaviour either. They released a statement, saying, “Today we were made aware of a situation at one of our locations where an employee was told that they could not get time off to care for a hospitalised child. PS Food Mart and Folk Oil Company are in complete agreement that this is not acceptable. We have already been in contact with our employee and have communicated our support and assurance that she will be allowed any time off needed. 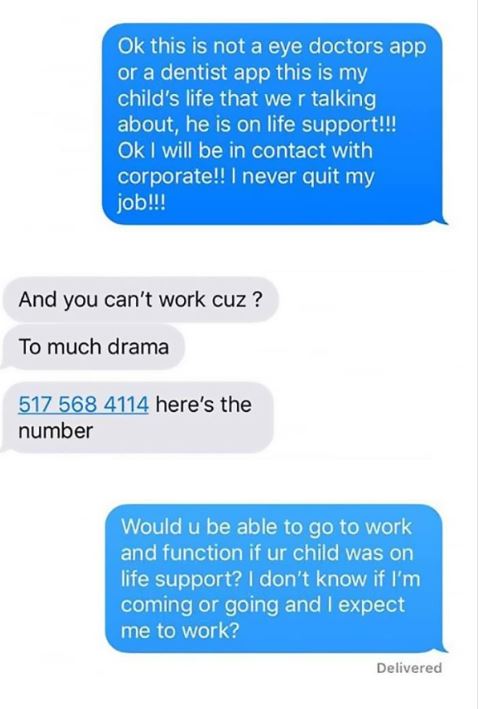 A short while later, they released another one: “As a result of this finding, we took quick action and that manager is no longer employed by PS Food Mart. We have also reaffirmed to our employee that she will be able to take all the time off that she needs during this difficult period.”

Friggen cop that, Dawn. Cop that! 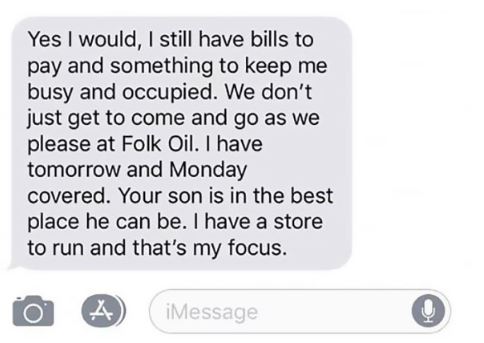 Final thought: Man, it feels crazy to need to say it, but a little empathy goes a long way. Reach out to other people when they’re in their time of need. Don’t be a dick, help ‘em out. It’s what you would want in the same situation. Seriously!