We’re gonna have to be honest with you here. We’re not exactly art aficionados here at Ozzy Man Reviews. Don’t get us wrong, we know we can look at something and decide whether we like it or not, but when it comes to appraising the aesthetics of an art piece, we just have to go along with what the ‘experts’ say, and if that means a banana can suddenly be a $120,000 artwork, then we’re gonna roll with it, even if someone has just come along and scoffed it down…

Yeah, nah, ordinarily, we wouldn’t get too excited about some bloke eating a banana. After all, it happens all day, every day. Kids everywhere open up their lunchboxes and chow down on bananas, but when the banana in question has already made news due to the fact it became a $120,000 ‘artwork’ titled The Comedian after Italian artist Maurizio Cattelan taped it to the wall of the Art Basel Gallery in Miami, well, then you’ve got a story on your hands.

Visitors to the gallery were milling around the fruit when a rival performance artist, New York’s David Datuna, came along, plucked the fruit off the wall and smashed it. “Art performance,” he says as he peels the banana. “Hungry artist.” 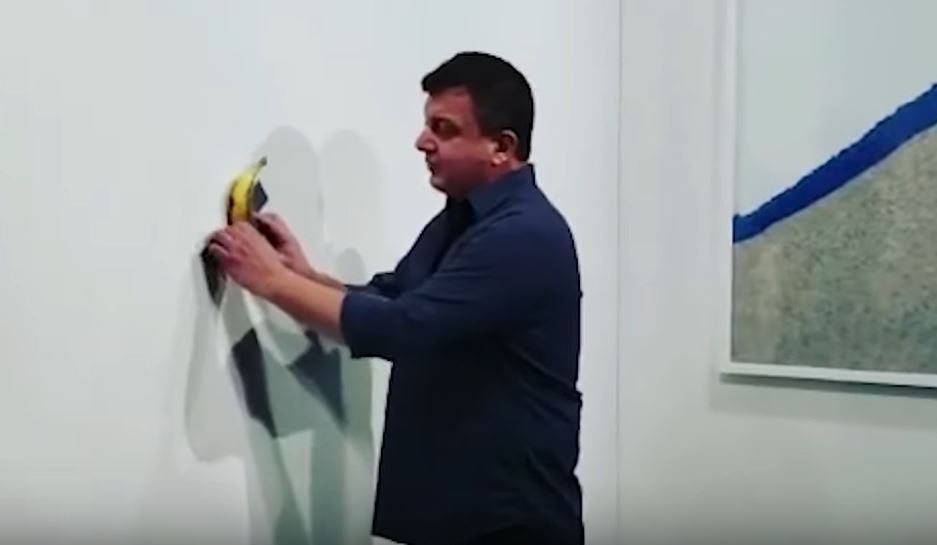 There are a few confused comments from onlookers, and before anyone can do anything, he’s wolfed it down. Naturally, people rushed to the gallery to work out just what the f**k was going on, and police were called before Datuna was eventually escorted from the building.

The duct-taped banana at Art Basel is gone and has been replaced with “Epstein Didn’t Kill Himself,” which security quickly covered up. 😂 pic.twitter.com/nPtnuCm6sc 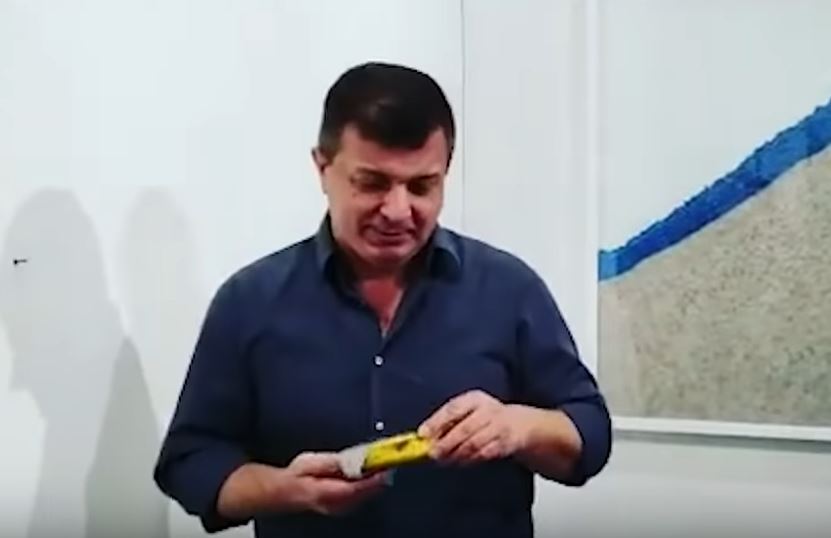 Despite all of this, though, we’ve gotta say that the whole event feels a little staged. Considering the value of the artwork hasn’t been harmed due to certificates and the fact the ‘art’ was ‘in the idea and not the object,’ as well as the fact Emmanuel Perrotin, the gallery’s owner, taped another banana up on the wall only moments later, something smells a little fishy to us. 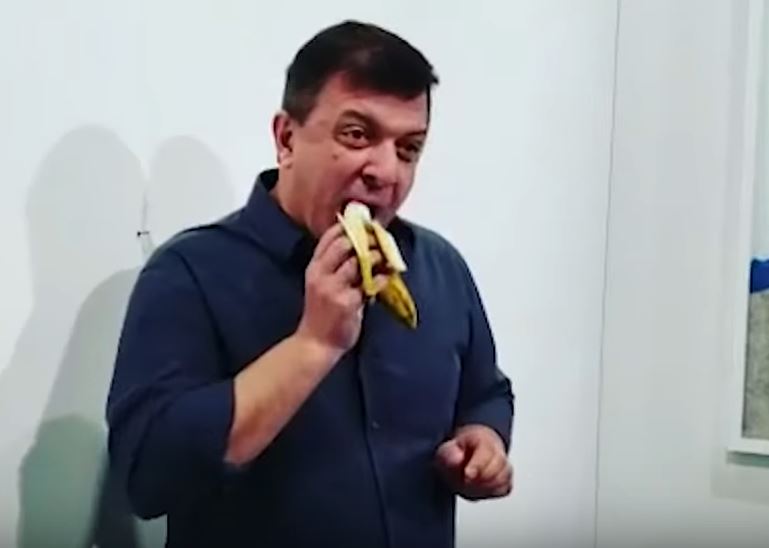 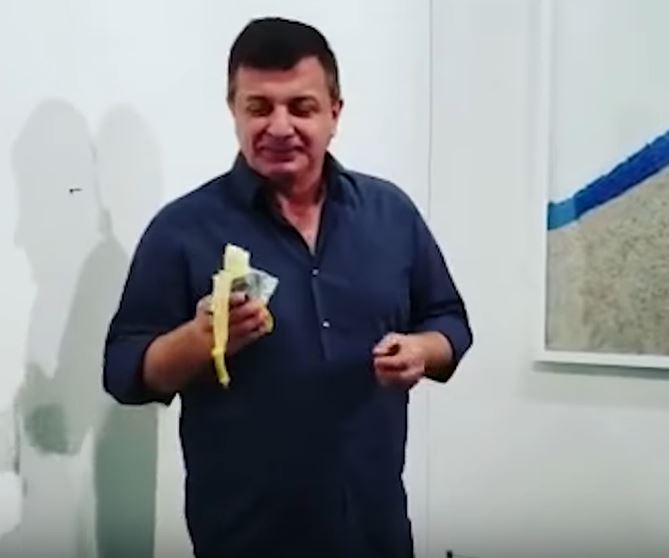 Final thought: As we said before, we can’t claim to be big art aficionados. For a large group of people, though, this s**t is life. And, at the end of the day, whether it’s been staged or not, this has garnered a lot of publicity for the piece. Of course, if you want your own $120,000 dollar artwork, just raid the fruit-bowl and grab some duct-tape. It really is that easy.