We’ve said it before and I’m sure we’ll say it again. Unexpected cock and balls graffiti is bloody hilarious. Yep, no matter where you’re from, you can have a chuckle when you see that someone’s ‘doodled’ the proverbial meat and two veg on some random object. 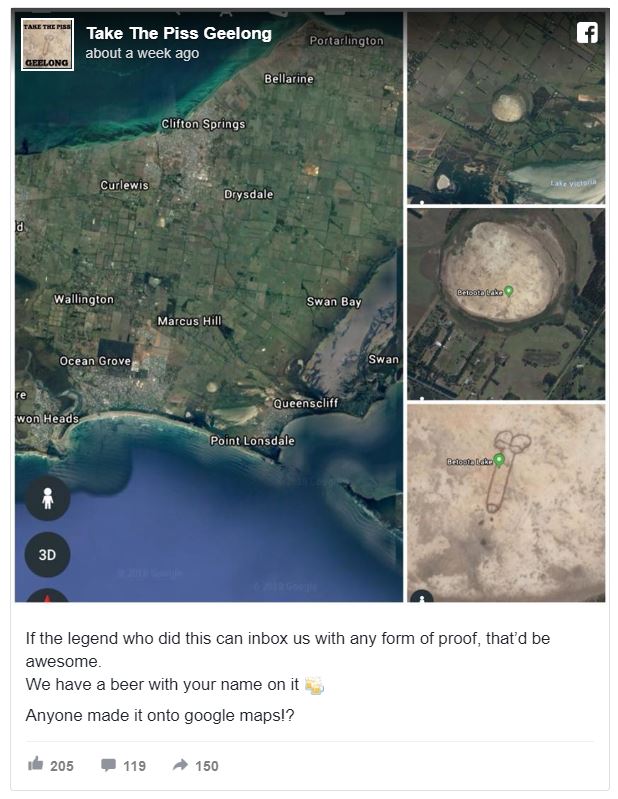 So, props to the two blokes from Markus Hill near Geelong in Victoria who drew a cyclopean milk spitter so bloody massive it could be seen from space. Yep, these two legends, who no doubt laughed the entire time they were doing it, marked up a dry salt lake to create a fallopian fiddler so big it rivals the f**ken Nazca lines in scope. 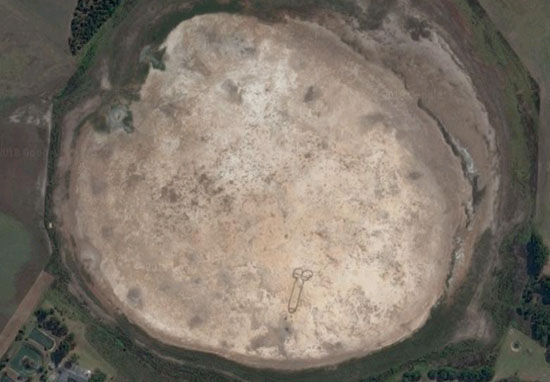 Ten bucks says the guys who did this had a beer in their hands. Credit: Google Maps

The unnamed artist behind the humongous heat-seeking moisture missile and balls told 9Pickle, “We own the property just off the lake – it was dried up for about a year. And so we went out exploring on the lake one day. The top layer was kinda like salt and when you stood on it, it turned into mud. We were out there for a couple of hours, stampin’ away.” 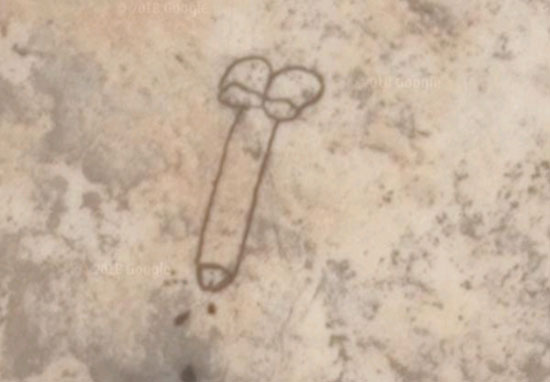 Anyone else think it looks kinda Squidward-like? Credit: Google Maps

Final thought: Bloody classic work this. Unfortunately, the massive mushroom-tipped meatstick has since been washed away, but the image should stay until Google Maps update their photos again. And to be honest, even once that does happen, the images will stay online for all to see. Has to be said though – it only takes a couple of wankers to go out there once a week and keep treading that purple-headed python into the salt and it’ll be there forever. Come on, Straya. You got this!

If you wanna bone up your own dick and balls drawing skills, check out this video.