Over the last few years, it seems like most of us in the civilised world have slowly come to the conclusion that circuses probably shouldn’t be travelling around, like Noah’s ark on wheels, with cages upon cages of wild animals on the back of trucks. Fortunately, for those of you who are still into that sh*t: Russia. Yeah, we’re going back to Russia for this one. Let’s get on with it… 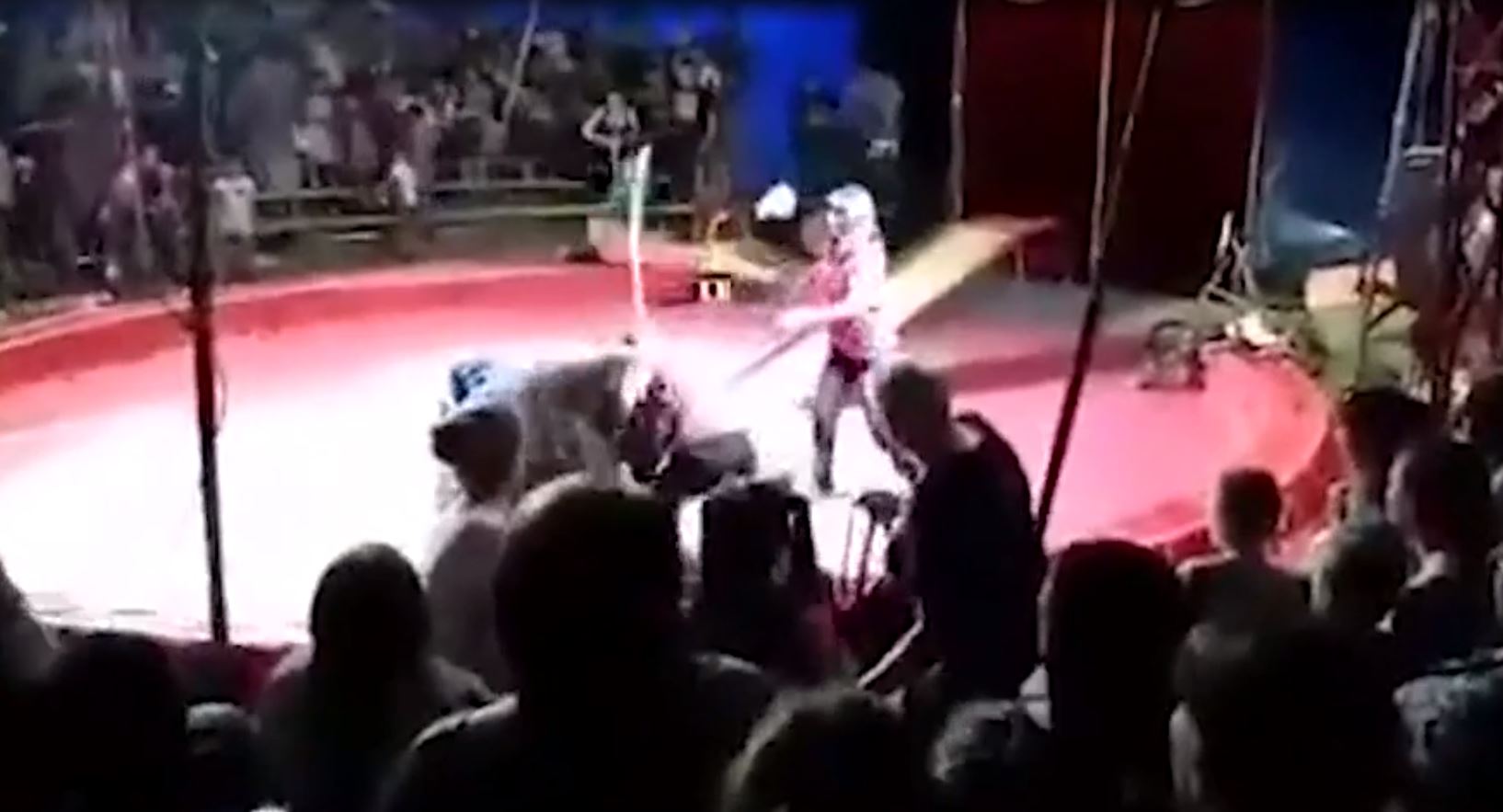 Anyway, this bear doesn’t seem too happy about his job as designated skateboard guy. He comes down the ramp, but instead of being all Tony Hawk about it, he’s like, “Righto, that was sh*thouse. What’s next? I know! How about I rip your f**ken throat out!”

And like that, this video explodes from whimsical and kinda sad to horrifying and, well, still kinda sad. Anyway, look at that bear go! The bloke who I’m guessing is the trainer must be a bit of a prick because that bear f**ken hates him! 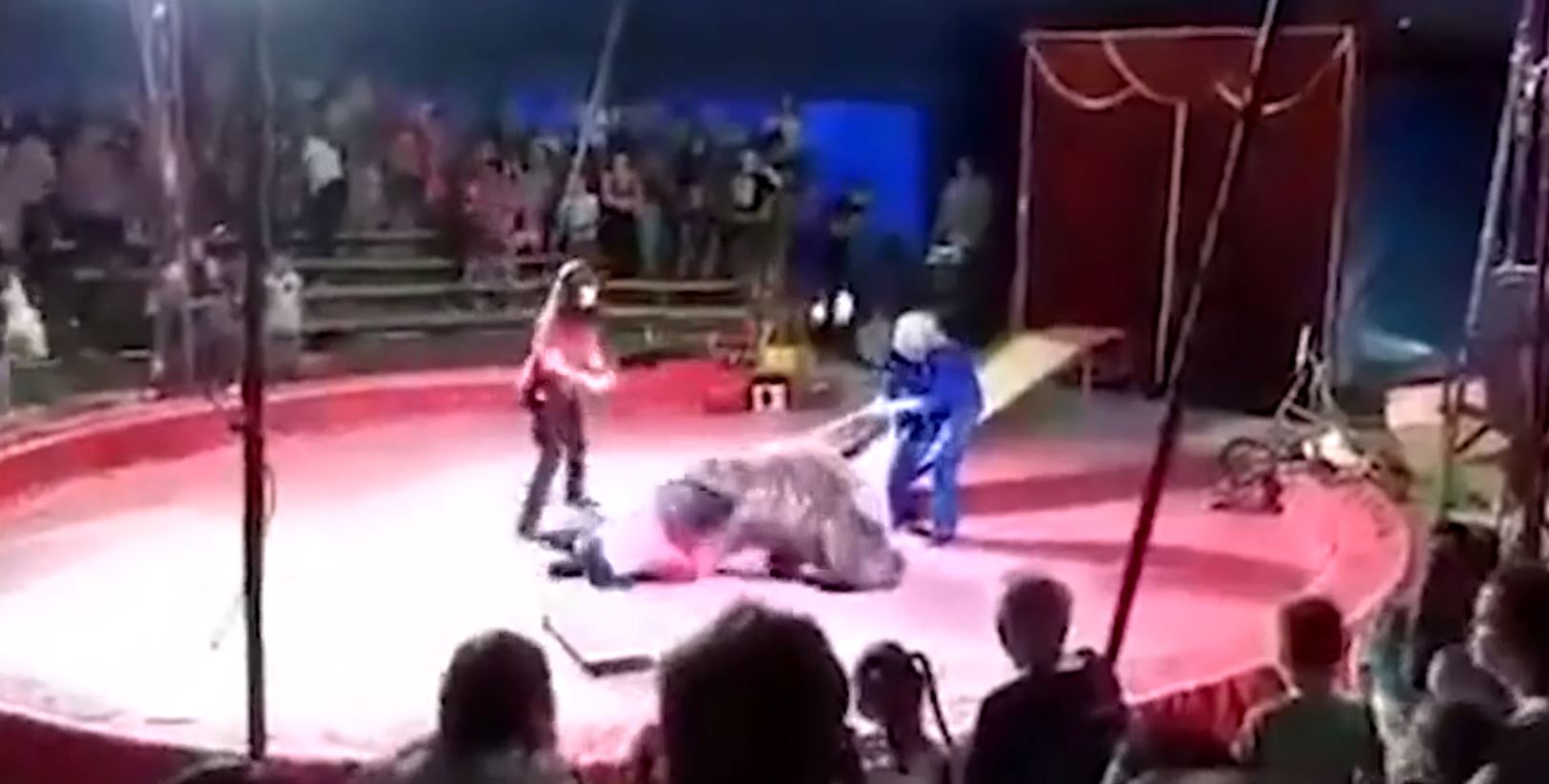 “This is for making me rollerblade! My Dad’ll never speak to me again!” Credit: Liveleak

He legs it around the ramp and grabs the f**k off stick and begins swinging it like a bloody mad man. Fat lot of good it does him though. Bear is like, “I’m gonna STICK that right up your chocolate starfish, ya mongrel.” Then he grabs hold of him and treats him like a bloody marmalade sandwich. He acts like the bloke in red is a picnic basket and he won’t stop until he’s ripped him open. He’s heard this bloke has honey inside him and he’s going to gouge it out.

Then the vid gets a bit sadder as more people hit the bear with sticks. He cowers and looks a bit tragic. It’s all over. He’s going back to his cage. The children would probably be mortified if they weren’t Russian and this sh*t wasn’t commonplace for them – at least according to the internet anyway…oh well. Go home, kids. Sleep tight. Don’t let the angry skateboarding bears bite.

Final thought: That was a bit surreal. A skateboarding bear attacking someone sounds like it should be awesome, but it’s really just kinda sad. I dunno what else to say. Maybe I’m glad we don’t have animals in the circus here anymore. I think I’m glad. What do you reckon? Let us know on the Facebook comments.