Mate, while we talk f**ken heaps about wildlife on this site, you’d better believe we never get sick of it. There’s a reason for that: animals are f**ken rad. Whether you’re talking about something deadly, something cute, or something graceful as s**t on a skipping rope, it’s always worth having a bloody look – and that’s what brings us to this video of a legendary whale showboating for some nearby tourists and clearing the deck with a s**t-hot jump!

So, yeah, this one comes from the coast of South Africa, and it was filmed on what was a rare crisp, clear and cold day on the cape.

If you know much about getting out on the water, you’ll know that probably means it was bloody glorious before the whales started gallivanting about.

Once they joined the party, though, the day was a proper f**ken pearler. 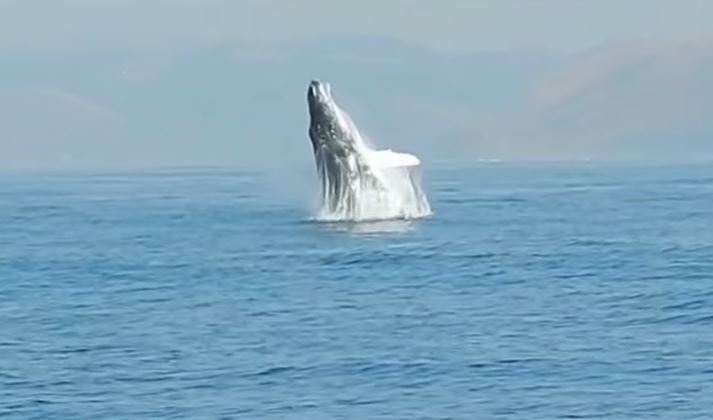 And deadset, have a squiz at these big marine mammals just having a whale of a time. In particular, get a bloody geez at the flamboyant one. He’s like, “Oi! Oi! Look at me! I can f**ken jump, check this s**t out!” As he says it, he’s bloody airborne. He’s showing off his tail, he’s slapping the ocean surface with two fins, he’s rolling around, he’s bloody killing it!

That’s not all, though. This big cheerful bugger’s actually got something pretty f**ken shmick up his sleeve. Once he’s worked his way through the standard repertoire, he’s like, “Yeah, I didn’t tell you this before, but I f**ken escaped from Seaworld. Watch me get some fully sick air!”

Then, he’s literally clearing the water. Look at him. He’s been listening to Gojira’s Mars to Sirius and cranking the f**k out of Flying Whales. He finds that s**t inspiring as f**k and just when Craig Capehart, the bloke who filmed the vid comes along, he’s really feeling it. 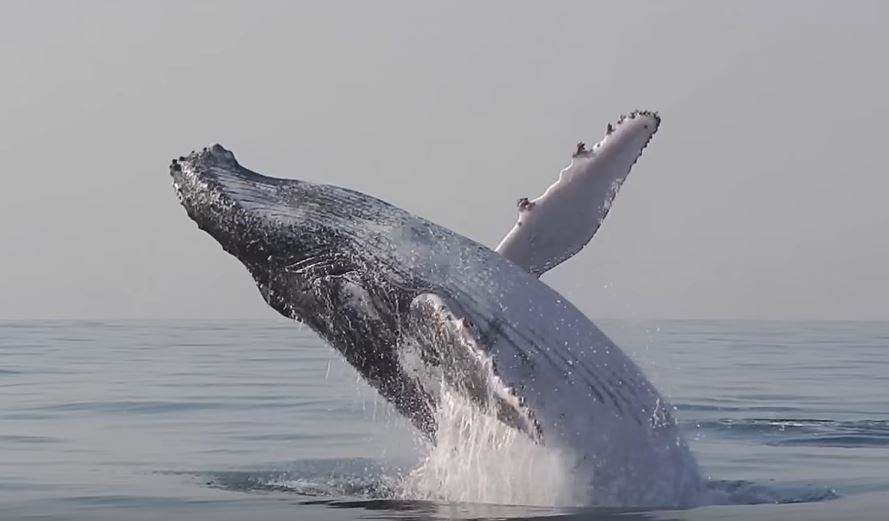 The dudes on the boat are like, “F**ken yay! We love nature!” and the whale is like, “Yeah, you probably should. It’s pretty rad. Anyway, we gotta bail.” 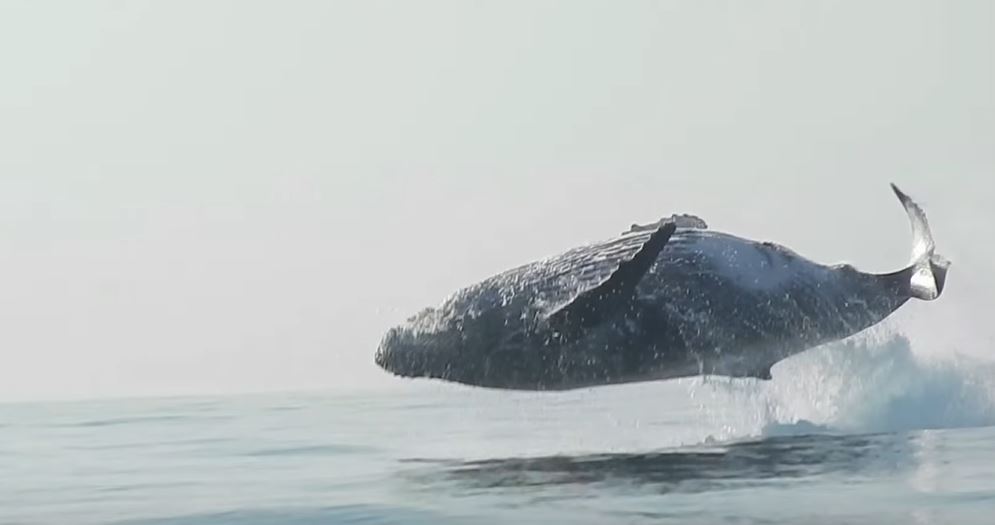 And then him and his mate give a wave and f**k off.