There’s been some crazy s**t happening in London over the last week or so in the name of climate change. An activist group named the Extinction Rebellion has been pulling some crazy stunts to shine a light on this important issue. They’re climbing on top of trains, blocking the entrance to the London Stock Exchange and just going bananas in an effort to have their voices heard.

It’s not new for a passionate activist to go to extreme lengths for their causes. Chaining themselves to machinery and campin’ up trees to save the forests etc, but this one sheila in London is taking the idea of putting ya body on the line to a whole new level. But she ain’t just laying down in the middle of that street takin’ a little smoko break… 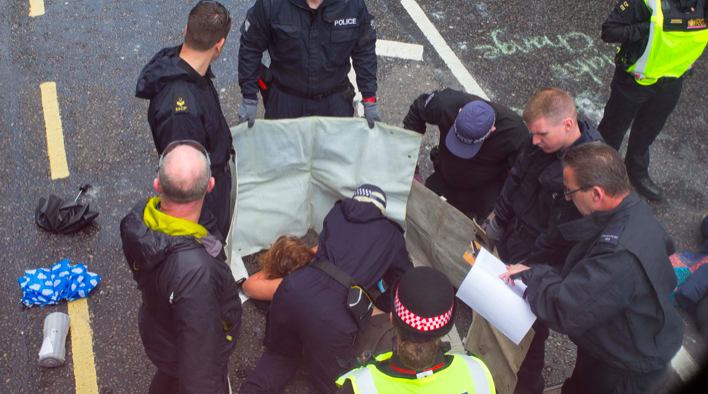 She thought would be a good idea to glue her tits to the road in the middle of the street. F**ken hell. That’s a bit extreme, isn’t it? You’d have to be mad as a cut snake to glue any part of your skin to asphalt wouldn’t ya? 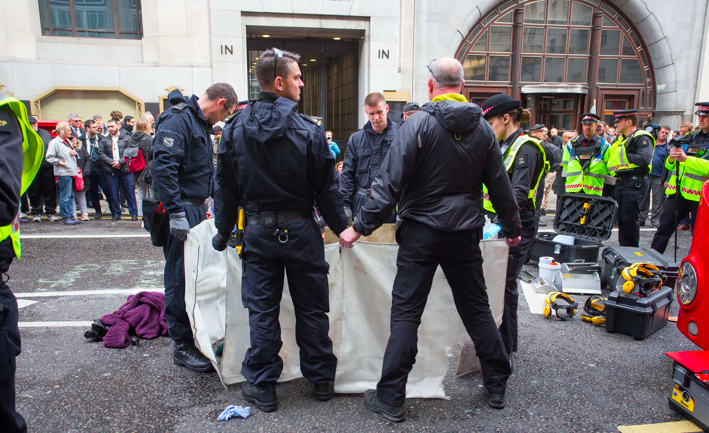 While we’re on the topic of climate change I can tell ya now, she’s lucky it was a cold day on a London street. Pull that s**t on an Ozzy road in the middle of summer? You’d end up with 3rd-degree burns. You can see the coppers above giving the sheila some privacy while they figure out how to get her off the road… I’m not sure how they managed it, but I’m sayin’ a quiet prayer for her bloody nipples ay. 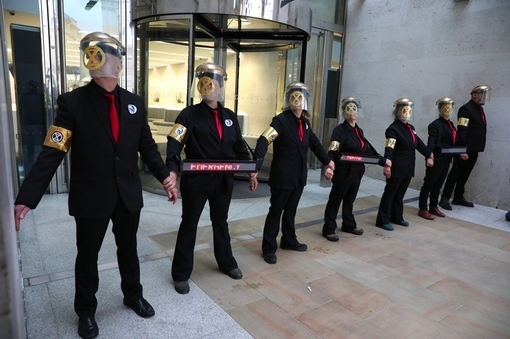 This bird started a bit of a trend with the Selley’s Liquid Nails, with other activists in the group stickin’ their hands to walls and to each other out the front of the London Stock Exchange. 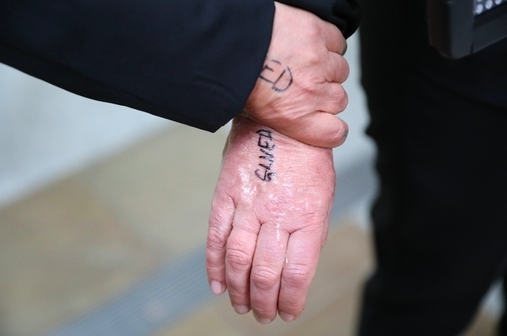 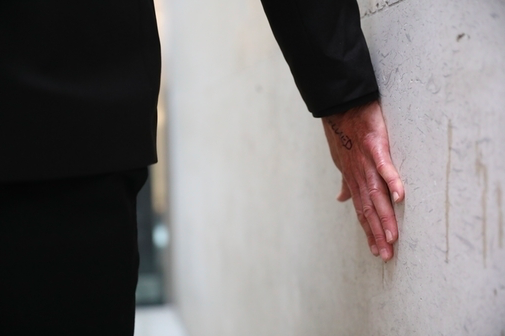 “It’s bizarre we have to do this in order for governments to listen to the scientists. I’ve got children who are grown up so I can do this, so I’m doing it for everyone who can’t.”

And this bloke below, 83 years young Phil Kingston said:

“Like all parents and grandparents I want a future” 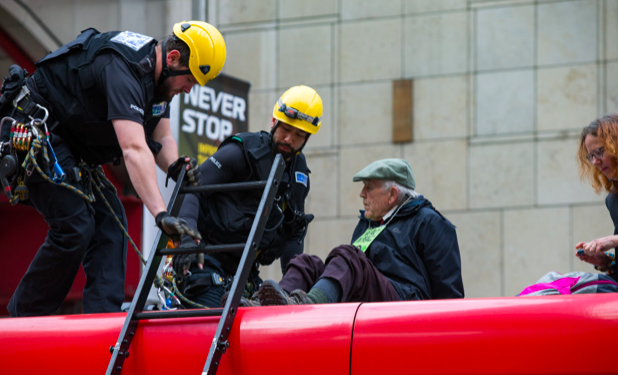 The Extinction Rebellion said in a statement:

“We will leave the physical locations but a space for truth-telling has been opened up in the world. We know we have disrupted your lives. We do not do this lightly. We only do this because this is an emergency.”

According to the BBC protests are wrapping up soon, and with heaps of media coverage and 1088 arrests, I reckon they achieved their goal in bringing awareness to the cause.

It’s just a shame that the shenanigans of Little Miss Sticky Tits will probably be the topic of conversation rather than the real issues they were trying to get across.

Women are sometimes accused of being a bit bloody dramatic and this chick bonding her boobs to the blacktop is not helpin’! There’s a good reason why a bunch of dudes aren’t sticking their ballsacks to the road in the middle of London. That’s cause it would f**ken hurt. I support anyone that has a solid commitment to their cause, but think it through FFS.